“Hallelujah” Is Not A Christmas Song

As soon as Halloween passed us by, approximately 70% of retail establishments in this country began playing Christmas music. This completely ignores Thanksgiving, which is honestly fine because it’s the most boring holiday anyway. Don’t at me. Traditional Thanksgiving food is bland and boring and there’s a good chance you’ll have to talk politics or have all of your life decisions questioned by a know-it-all Boomer relative. The dessert game is also subpar; pumpkin pie is fine, but the fact that there are no traditional chocolate Thanksgiving desserts is a huge mark against it, in my estimation.

Anyhow, because Thanksgiving is stupid and a prime example of whitewashing American history, a lot of retail establishments began playing Christmas music in early November. I do think this is a bit early, as the Christmas season should probably be confined to the month of December, but some people like to get a jumpstart on things. I have less of a problem with this in someone’s home, because it’s truly not hurting anyone and it makes them happy. That being said, I find it intensely aggravating when retail places do it because they’re so clearly trying to get people to spend more. Yay capitalism!

The other thing that’s intensely aggravating about Christmas music is that it’s the same six songs sung slightly differently. It’s also almost 90% songs that were recorded before I was born. This is certainly not to say that that makes them bad; some things are classics for a reason. But perhaps it says something about us as a society that we haven’t been able to find a Christmas song that we like since Mariah Carey released her Christmas album in 1994. That doesn’t stop us from trying, though. I don’t know exactly when this happened, but at some point in my lifetime, we decided that a song that was written in 1984 would actually make a perfect Christmas song, despite having literally nothing to do with Christmas or celebrating other than the title. That song, my yuletide turtle doves, is Leonard Cohen’s Hallelujah as sung by Jeff Buckley.

Don’t get me wrong, this is a great song. It is, however, not the most appropriate Christmas tune unless the point of your holiday playlist is to be a huge bummer to literally everyone listening. It’s also pretty sexual, and not just because of Buckley’s sultry, vaguely smoky voice. I’m more talking about the very obvious discussion of orgasms and the sexual practices that (hopefully) cause them. Get ready for an amateur Freudian analysis of this song. Which, in case there’s any confusion, is referring to the fact that my Freudian analysis is amateur, not that I myself am an amateur Freudian. I am not a Freudian of any kind because it is not the 1920s and I don’t think that everyone wants to have sex with their relatives.

The song starts out with the following verse:

Now, I’ve heard there was a secret chord
That David played, and it pleased the Lord
But you don’t really care for music, do you?
It goes like this, the fourth, the fifth
The minor fall, the major lift
The baffled king composing hallelujah

This, in and of itself is pretty bland. Cohen is talking about King David composing the psalms. I’m not entirely sure why he’s ‘baffled’ by this process, but this is also back in the old days where most things hadn’t been invented yet. I imagine that biblical people were probably spending a lot of time being equal parts frightened and surprised by everything. “Baffled” also has a second, less common meaning, which is “to restrain or regulate”. If we’re talking about King David’s sexual frustration, which seems very possible given the rest of the lyrics, this would also make sense. People get tricked by this verse, because of the biblical references. They think, “oh, it’s about an old timey biblical king? It must be appropriate for Christmas!” What they don’t realize is that most of those guys were thirsty af. Like the first verse, the second verse also references a bunch of stories about horny men:

Your faith was strong but you needed proof
You saw her bathing on the roof
Her beauty and the moonlight overthrew ya
She tied you to a kitchen chair
She broke your throne, and she cut your hair
And from your lips she drew the hallelujah

The first three lines of this verse are about King David getting all hot and bothered about Bathsheba bathing on the roof. Unfortunately for King David, Bathsheba was already married. So was King David, for that matter, but apparently it’s only adultery when another man is involved. Because that’s what happens when we let men make all the rules. Anyway, for those of you who did not grow up learning tedious bits of bible trivia, King David and Bathsheba make the beast with two backs. Bathsheba then ends up pregnant because birth control back then was a largely a wish-based system. I guess the sex must have been pretty good, because ol’ Davy Horndog decides to send Bathsheba’s husband to the front lines of a battle to get him killed, thus ensuring that Bathsheba will be windowed and free to marry the king. Of course, we’re never told how Bathsheba feels about this, because why would we expect her to have any thoughts and opinions of her own? She’s a woman!

The second half of this verse is about Samson and Delilah. In this story, Samson is this really physically and socially powerful guy who meets Delilah and falls in love with her. The two of them are probably boning, even though the bible doesn’t say so explicitly. Anyway, there are all these Philistines who want to kill Samson, but can’t because he’s too strong. So they bribe Delilah to figure out all of Samson’s secrets. She finally gets him drunk and he tells her that it’s his hair. [Insert Mean Girls’ reference here]. Delilah then cuts off his hair and the Philistines capture Samson. After a series of boring and convoluted plot points, he ends up in front of (or possibly tied to) the Philistines’ temple to Dagon. This is one of the few things that the Bible and H.P. Lovecraft have in common, other than the racism and xenophobia. Samson prays to God for the strength to destroy the Temple of Dagon. He then does a hulk smash and destroys it, but also kills himself in the process because he is so close to it. Samson has real big himbo energy, in my humble opinion. Of course, all of this is framed as Delilah’s fault, because why not blame the woman? In fact, one of my favorite interpretations of this story comes to us from Marbodius of Rennes, a real shitheel of a biblical scholar from the 1100s. Marbodius tells us that, [women are] a “pleasant evil, at once a honeycomb and a poison.” Really though, I’d be lying if I said I’d never considered putting arsenic in misogynists’ honey.

Baby, I’ve been here before
I’ve seen this room and I’ve walked this floor
You know, I used to live alone before I knew you
And I’ve seen your flag on the marble arch
And Love is not a victory march
It’s a cold and it’s a broken Hallelujah

The third verse is the point where the Buckley and Cohen lyrics diverge like two roads in a yellow wood. Cohen’s original version is full of more biblical allegories and references. Buckley, in contrast, paints us this very sad portrait of intercourse. In case you think I’m being weirdly sexual, let me assure you that I am not. Buckley actually referred to the song as, “the hallelujah of the orgasm” according to Rolling Stone. And I think his intention is especially evident in the next verse:

Well, there was a time when you let me know
What’s really going on below
But now you never show that to me, do you?
But remember, when I moved in you
And the holy dove was moving too
And every breath, we drew was Hallelujah

If that doesn’t sound like some sweet heterosexual loving, I don’t know what does. I’m a little weirded out by Jeff Buckley equating his phallus to the Holy Spirit, but I’ve definitely heard stranger analogies (see Peter Gabriel’s ‘Sledgehammer’). Honestly, if the Buckley version ended with this verse, I would still consider it to be a bizarre choice for a Christmas song. This isn’t because I’m some sort of prude, but rather because I don’t see any solid connection between the lyrics and the holiday season. However, the song goes on for yet another verse. It is at this point that it goes from, “awkward choice for a Christmas playlist” to just “a gigantic bummer”. The final verse of Buckley’s version is:

Maybe there’s a God above
But, all I’ve ever learned from love
Was how to shoot somebody who outdrew you
And it’s not a cry, that you hear at night
It’s not somebody, who’s seen the light
It’s a cold and it’s a broken Hallelujah

The particular lyrics, “all I’ve ever learned from love/Was how to shoot somebody who outdrew you” is perhaps one of the bleakest analysis of interpersonal relationships I have ever heard. Again I ask you, are the straights okay? Because this verse is not indicative of a healthy relationship dynamic. A ‘cold’ and ‘broken’ Hallelujah seems to me code for, “yeah, we have a really shitty relationship, and we both kind of hate each other, but the sex is okay.” This scenario sounds incredibly toxic and unhealthy for both people. I don’t care how good the sex is, the people in this song shouldn’t be together. This is not a good relationship! And, because of the song’s truly dismal subject matter, it’s not a good choice for a Christmas song either.

I know a lot of people ignore the lyrics when they’re listening to music, and I think this song is the perfect cautionary tale as to why that’s a bad idea. I know there are definitely other songs like this — ‘Cecilia’ is a very weird choice for wedding receptions since it’s about being cheated on. However, this is one of the more egregious examples. It has plagued me for years that no one else seems to think of this as a truly bizarre and inadvisable song to play during what is supposed to be a lovely and jolly time of year.

And here is the Leonard Cohen version, just for the record: 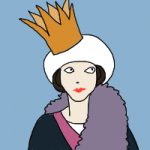