Are We Here To F Spiders?: An Australian Glossary

Australia. Land of plenty. A massive island of mostly coastal residents, our language has the unique ability to evoke a feeling in the back of your brain that you’re getting stupider every time you hear it. From the country that delivered you the literary pioneers and cultural contributors Rolf Harris and Rupert Murdoch, we here at Sneer Campaign present you with five Australian terms in order of how alarmingly sexual or coprophilic they are. You can use them, sure. But every time you do, you’ll lose a little piece of yourself. 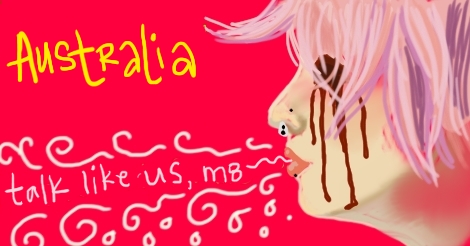 Indicating a very early time of morning, this truly is an evocative expression.

The humble sparrow awakens in his home. Making a small coffee he welcomes the glow from the not-yet risen sun from the balcony of his birdhouse. Truly he is part of the 1%. Suddenly, a rumble in his belly. The coffee had moved right through him, and a true cheek-squeaker pierces the morning landscape, echoing through the nearby branches.

“Ah yes,” said the early Australians near the sparrow’s home. “Finally, an indication of the time of day, as we live in a time before clocks are affordable.”

From asshole to breakfast time

What is it with us and buttholes? Let me tell you right now, it’s not going to get better as the article goes on.

Whilst the meaning can be flexible — some use it to mean something is all-encompassing, some say they were “spread” from one to the other, more people still will use it to express a somewhat indeterminate stretch of time. Really though, this is one of those sayings you say because it feels good to say. It “says” good. It makes a good saying. Hello, my name is Saxon and I write for the internet.

The source of this one seemed to be lost to the mists of time but a recent jaunt to an Opportunity Shoppe (known in other lands as a Thrift Store) uncovered these early Australian encylopaedias, rendered here for you in Sneer-O-Vision. 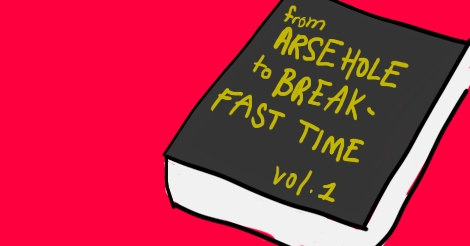 Say, have you ever run really fast with a set of wind chimes held dangling in either hand? Well someone’s doing it, and the police keep telling me it’s not a real crime. Anyway, if you’re familiar with that concept, allow me to introduce you to this seemingly innocuous term with horrifying implications.

In Australian farming terms, a “dag” is the dried shit that a sheep has hanging around its butthole and legs from pooping and also getting diarrhea. When this hardens, it forms a little percussive instrument when the sheep runs along. Click-click, click-click, goes nature’s wind chime parts explained.

So when you tell someone to rattle their dags you are saying, “Please my friend, increase your rate of movement to that which would generate percussive sound were your lower butt and upper legs drenched with the waste of many days long since past.”

You truly get quintessential Australiana with this one. “Rootin'”? Can’t get more bloody Aussie than that chazzwazza. It’s got everything endemic to Australian culture: a lack of acceptance of personal responsibility, a casual disregard for the welfare of animals, and a friendly, bro-helps-bro culture of sexual assault.

As an aside, how does it take two people to fuck a cat? I mean, I haven’t tried to fuck a cat before but I feel like a second person would be overkill. Anyway, moving on.

I’m not here to fuck spiders

You’re probably heard there’s a lot of spiders here. There are.

Sometimes, as Australians, we get asked if we’re here to fuck spiders. It comes up a lot. I don’t know why because our answer always tends to be the same — no. No, my friend. I am here for a reason, but that reason is not the reason I am here.

So we started to say it upfront. To cut off the conversation, y’know? Much like in AA, put it out there.

Hi, my name is Saxon and I’m Not Here To Fuck Spiders. 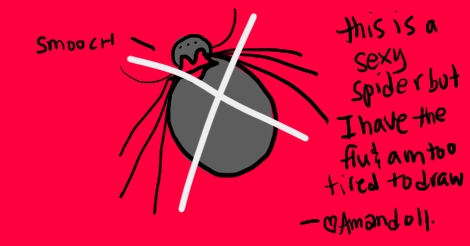