We love this show, we do. We all know that life is television, but let’s flip it. Life may be like a TV show, like our frequently-used tag likes to say, but sometimes tv is like a life. MY life. Welcome to my predictably TV-related series, readers. 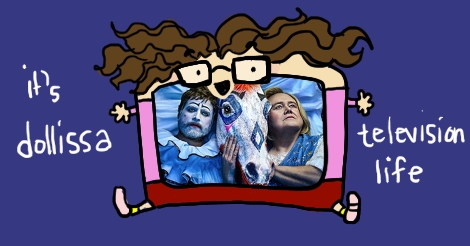 I know, I’m really late on this one, but I just finished watching season 2 of Baskets. If you’ve never seen Baskets, it’s about a thoughtful and complicated man named Chip Baskets, played by Zach Galifinakis. He is a French-trained clown trying to make it in the rodeo, and in life.

It starts with Galifinakis going off to a French clown school to learn with the best, to become the best. A dry scene unfolds in which we realize that Chip doesn’t even know French, and may not be great at clown stuff. Then life, too, unfolds, and we meet his family. Chip Baskets has a twin brother, Dale Baskets, and Galifinakis plays them both superbly, and with what seems like a lot of heart. Their mother, Christine Baskets, is played by the beloved Louie Anderson in an Emmy-nominated jaw-droppingly perfect role.

As the series goes on, we follow Chip, Dale, Christine, and more through the usual bullshit of life, some mild and some life-altering. All along, we see Chip, the clown at heart. The sad, white-faced clown, just trying to take care of his mother, live his life, and be loved. The show is hilarious, heart-wrenching, etc. All those things you’d joke about in a review like “I laughed, I cried!”

Like Chip, I spent a good portion of my life with nothing really figured out. I left two different universities, for completely different reasons but essentially for no reason. I get pretty overexcited about things I care about and forget about the societal requirements of existing in the world. Also like Chip, I spent a lot of time trying to make the people around me proud. I don’t want to be a burden to my family, but sometimes I am. I don’t want to fail at things, but sometimes I do. Wait, are we all Chip? 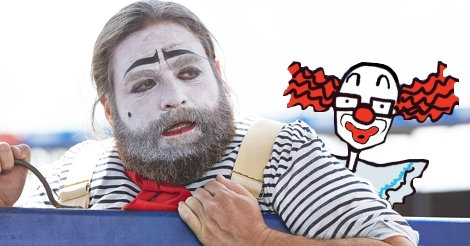 Later in the show, the focus seems to turn more toward Christine Baskets and her troubles in life, especially in relation to her family. She’s the best part of the show, so that’s no downward turn in quality. And trust me, her shitty brother doesn’t get what he wants.

Anyway let us all please ignore that this show was once produced by Louis C.K., because he’s no longer involved with the series, and embrace the sad clown trope in all its glory. Baskets is aired on FX. The first two seasons are available right now on Hulu and the third starting airing on January 23, 2018.