Befriending Cats Around the World

My first memory of befriending an outdoor cat was a long time ago, but I’m not sure how old I was. Age twelve maybe? This was probably the only one in this story that was likely someone’s cat, just living outside. It was Florida and we were moving into a new house. I think we met a realtor at one house, in some sort of gated community. There was a cat outside and I wanted to touch it, so I tried to make friends with it.

The cat seemed friendly enough, it walked toward me and we seemed pretty okay with each other. After some calm and successful petting, I made a mistake I have not repeated to this day. I picked her up.

I have a lot of reasons or excuses for why I picked her up. She was being friendly and calm. She may have been a pet. I wanted to. But those reasons did not prevent the torso-length scratch from the cat trying to escape over the back of my body after hearing a loud noise. Somehow she ran up the front of me and down my back.

It stung a whole lot, of course. If you have never been scratched by a cat, imagine a paper cut that someone pissed in. But I forgive you, cat whose permission I did not have to lift and hold tightly against my body like a newborn baby or a taco box. Scratches heal. 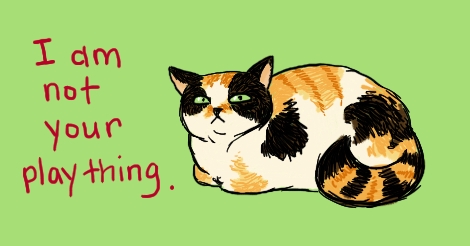 The first time I went to Brazil, I was about 16 years old but I am not sure. It was a strange and exciting trip for a lot of reasons. It was the first trip that my sister and I went on together abroad without supervision, and we didn’t know Portuguese! We even got on the wrong plane at some point, which still baffles me, as that would be impossible in this country.

In any case, my dad took care of some feral cats at his house in Brazil. There was a cat who would sneak in and hang out sometimes. We named her Piña. Well one of the next times that I visited, Piña had some kittens during my trip. An adorable litter of stray Brazilian kittens. There were three and two survived. I named them Oscar (Wilde) and Andy (Warhol) and something else that was overturned so that my sister got to name one. Whatever, Dad!

My real story here is that I befriended Piña and no cat other than her in all my life has let me hold her kittens at just one day old. As long as I didn’t start to carry them away, I learned her simple boundaries and played with those tiny worm-kittens to my heart’s content. They really enjoyed when I read 1984 to them, by the way. 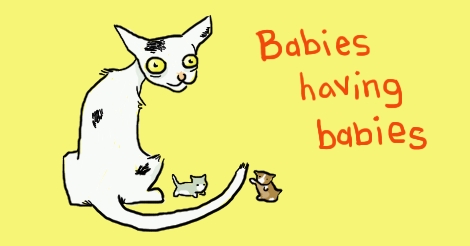 My most memorable exposure to some friendly strays was in Israel. First of all, it broke my heart. The whole country, or at least as much as I saw, was filled with feral cats. Some parks warned people not to feed them and that they were filled with pesticides to kill rats, so be careful. But the cats were everywhere and, in spite of looking pretty scraggly, they seemed happy enough. We loved each other.

My strange experience this time was not due to the cats but the other people on my Birthright trip. More than one person told me that I shouldn’t be touching disgusting stray animals, because what about all the diseases I would get? Luckily my sister, the veterinarian, sassed them straight. They didn’t really care but I still petted every cat I saw. It wasn’t out of spite, but it was easier once those girls weren’t standing next to me talking about how much they hated cats. It’s fine, people hate cats.

Each and every cat there was friendly enough. Just a stray who needed some love, or at least tolerated it. They were wonderful. Not one scratched, bit, or even jumped, leaving me disease-free. 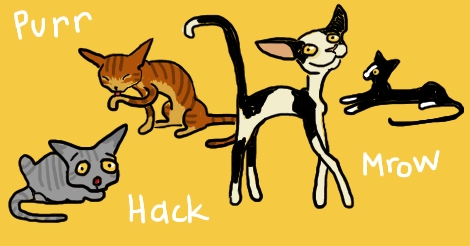 This year I went to Turks and Caicos Islands and stayed at a resort. Resorts are weird, like staying in a hotel crossed with a shopping mall. So it was pretty strange to see cats! My mom spotted the first one. I got down on the sidewalk and cooed some stupid noises at him. He wanted to be pet! Perfect. We hung out for a little while before I left. That was also when I learned that trap and release neutered cats are marked on their ears! What a whirlwind.

A few days later, a miracle happened. I was back in the hotel room resting my old-lady back. Elsewhere, my mom was somewhere near an adorable cat, doing the bravest thing she’s done: she picked it up! She lifted the cat and tried to bring it back to the room for me. How sweet. The cat got annoyed and jumped away after a bit, but she tried!

The last cat I saw there was like a phantom. I spotted his tail and carefully stepped over to where he was. I did so carefully because it was the exact place I had fallen and cut open my face a few days before, resulting in 5 stitches. I had to be slow, but I missed him. I didn’t see where he hid, or whether he ran toward the beach or the bushes. Goodbye, island cats! 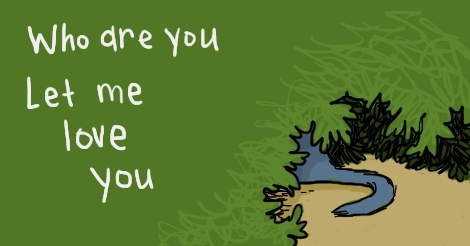