Dreaming of an Island Lair to Call Your Own?

If you’re like me, you are always on the lookout for prime real estate to create a towering fortress of death, a secluded sex laboratory, or an icy disco chamber. It’s not so easy to find such a place − the world is very large and, as you might expect, the best sites are somewhat secret. On occasion, you might stumble and fall upon a perfect mountain top or secluded island of your dreams while on exciting adventures, or while making a daring escape, but more commonly you will need to strike out alone and do things the hard way. Well, that is, until today. Because today, I am offering my services as a specialized real estate agent for the reclusive, the twisted, and the damned.

What makes me such an expert on tremendously inhospitable locations, you ask? Well, of course I have been scouring the earth on a quest to find an island suitable for my own… doings… However, a man can only be in one place at a time, so I thought perchance I could interest some of you in purchasing and settling. No, it isn’t just that I want to be able to keep tabs on you all, what a silly notion! 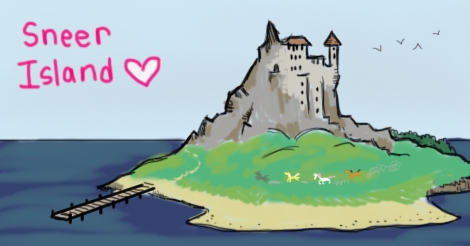 We will begin our explorations in the Auckland Islands of New Zealand. This is a little archipelago − so if you are seeking a truly remote experience, this one might not be for you. While there are currently no permanent human inhabitants, you can never tell when that may change. If you have a coalition of like-minded acquaintances or frenemies who all would like to create a snarkipelago of angry judgmentalism, but would still like to meet for weekly games of chance and formal dances, perhaps you would like to go in together?

Fabulous Island is located amongst these isles. Have you ever heard of a place that begs so desperately to be the site of a raging volcanic discothèque? Capture and enslave a club dj and chain him to eternal turntables. Put dance cages to good use in ways I will leave you to imagine for yourself. Everything on Fabulous Island screams to be turned into something that is both shimmery and functional. I’m sorry − I mean FUNKtional.

Nevermind. On second thought, I think I might keep this island for myself. The glitter would get in your eyes, anyway, and the afterglow doesn’t last; it always seems to fade. Luckily, there is a more suitable island is just a hop, skip, and a jump away: Disappointment Island. Although, I must warn you that another person has already expressed an interest in setting up base there. Dollissa is in the second phase of land-purchasing after she learned that I would choose Kevin to be my ElectroQueen on Fabulous Island instead of her.

But perhaps New Zealand is a little too friendly for you, a little too hospitable. I do understand having misgivings about such things – I too find that troubling. Fortunately, there’s a whole lot of solitude down Antarctica way! The attractively-named Inaccessible Island is little more than a foreboding craggy rock surrounded by unforgivably cold seas. I can’t think of a better place to build a stark castle that is thick with flying buttresses, spires upon spires, and icicle-coated chains that are there for decorative purposes only. You could dwell there alone, pacing the empty corridors, listening to the whistling winds and having only your rusty bone saw to talk to… Come to think of it, that sounds pretty ideal… I may need to follow through on that plan myself. 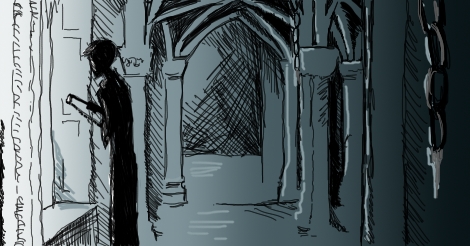 Don’t worry – there are plenty of other islands for you to choose from! Take False Island, also off the Antarctic coastline. Plenty of quiet here, as well as plenty of blustery cold and tons of snow! A perfect setting for a snow fortress or ice palace, False Island also seems like it would lend itself to being a wonderful place to spread lies, deceit, and general duplicity. Being the Emperor of False Island will obligate you to engage in nefarious activities such as untruth-telling. If you think you wouldn’t be comfortable lying constantly, I want you to know that it becomes much easier over a short amount of time. It soon becomes like a second-nature, and eventually, you can’t even tell the difference between truth and lies. You’ll love it, just as I do.

And we can be neighbours! Just up the way is my favourite island of them all, my home away from home: Deception Island. Apparently Deception Island was a blubber processing station until it went out of business in the 1930s. Can you imagine being an impoverished Antarctican blubberer during the Depression? Oh it inspires and depresses me simultaneously. You may have noticed that this place is called Decepción in Spanish, which doesn’t mean “subterfuge.” It actually means “disappointment.” But I find no disappointment here. Really, I think of Deception Island as more of a perfect getaway than as a location for a base of ill-doing. You can walk along the beach and listen to the surf: ice crashing against ice. Hear the emptiness of your own soul as you look over the abandoned structures. Contemplate the utter desolation as you investigate the graveyard there. Really, with descriptions like that, it will be no time before it is just another obnoxious tourist trap.

Let’s take a break from islands for a moment. Although this next place IS on an island, it is a very large island, and this is a large volcanic mountain on this island. Mount Terror is an inactive shield volcano coated with snow and ice − but don’t let its name fool you! Supposedly it and other locations such as Terror Point, Terror Saddle, and Terror Glacier are all named after an old ship that was called “Terror.” What an awful name for a ship! Who would name their ship “Terror” − besides villains or ghouls!? Clearly, if you were to settle anywhere in this environment, you would be keeping the company of the vile undead. Maybe they would do your bidding, or maybe they would torment you. Sounds like you can’t lose here!

All of this frigid love for Antarctic climes leaving you cold? Do you yearn for a place that is populated to bursting with exotic, venomous animals as opposed to the entire world’s population of a certain sort of albatross, or a birthing shore for millions of seals? Then come with me to the waters near Brazil! To Ilha da Queimada Grande – which we will affectionately call “Snake Island” from here on out because I don’t think it’s a good idea to overdo it by including both Spanish AND Portuguese in one article! 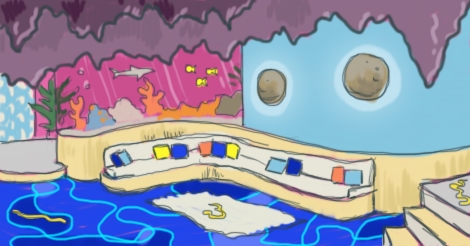 Anyway, Snake Island is closed off to humans because deadly supersnakes are there, like, one per square metre. It’s just a dense mass of extremely venomous, highly evolved snakes that jump at birds. Just imagine the atmosphere they would create for your jungle death camp. Or you could convert the old lighthouse in a snap! Tropical locales often are home to frightening monster-type animals. You would be trading in your isolation for malaria and possible missing limbs. Like that one uninhabited island where a bunch of Japanese soldiers were eaten by crocodiles over the course of one (what I imagine was an) extremely long night.

I think I need to start wrapping this up because I could talk about islands for days and days, but I am not getting paid by the word here. I am not getting paid at all. I’m sure if I took a moment, I could find Bitter Island, Mt Disdain, or something appropriate. Taken-Advantage-of Island. But no matter how we get there, whether we are sent there to die but flourish instead, or shipwrecked, marooned, or are there by our own will alone – we should go forth and take root in these remote places. They are perfect for themes and for psychoses. On your own island, you can do as you please with nary a concern for any real repercussions. Plus, the world would only benefit from the presence of more fortresses of the insane and demented. Or fortresses containing the beautiful and demented. Whichever.