Fable As a Failed Form of Therapy

I have been drowning myself in video games, lately. This is quite unusual as I generally try to avoid them. Modern video games tend to nauseate me with the way they move; even the good ones will give me a mild headache. I am having a mild headache right now, actually. I am on a break from this one game I found in my friends’ old stack of games. It is called “Fable.” I am playing it miserably, and am not good at quests and keeping track of what the plot even is. But I enjoy the ways you can interact with the other people. I started out being very Good, and people would cheer for me as I walked along. But then, my good pal Brian influenced me in terrible ways. 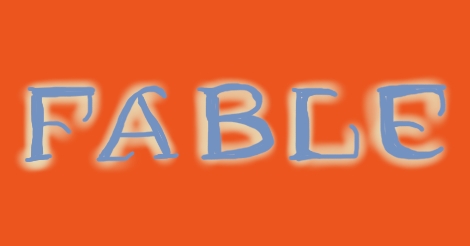 The evil started creeping in around the time when I was courting a simple townswoman. Her heart was pretty big for me, if you know what I mean, but when I offered her a ring she rejected me! I was pretty angry (and I also thought she stole the ring), so I punched her in the face. She ran away crying and I realized that I still had the ring. I concluded that maybe marriage wasn’t for me.

Of course, two minutes later, I had seduced another man’s wife. The man was even standing right there crying, “She’s all I’ve got in the world!” That didn’t stop me from putting the ring on her finger, however. In fact, it sort of convinced me that I should. Then she followed me around, nagging about a house, and we went to my home town where I got into a brawl with bare-knuckle street fighters. I punched the biggest man who then informed me that if I did it again, there would be a reckoning.

I punched him no less than five more times in a rapid frenzy.

The whole group ganged up on me. I cast my berserk spell and beat the heckadoodles out of them all. In retrospect, I realize that my wife was probably included. At any rate, after my spell wore off, they rallied themselves and started killing me. So I teleported out of there, assuming my lady would be included. She was not.

I waited until daybreak and moseyed back into town, where I found a lot of girls who were very much in love with me, but, I am ashamed to admit, I could not remember what my wife looked like. I do think I found her, however, and asked her to follow me. She asked for another wedding ring. I needed to do some thieving, as my funds were low, and I was intent on getting that ring and then the house she had been moaning about earlier. However, as I rifled through someone else’s house, the lady shouted in a panic, “You’ll get caught!” And then tore out of the house shouting “Guards! Guards!” 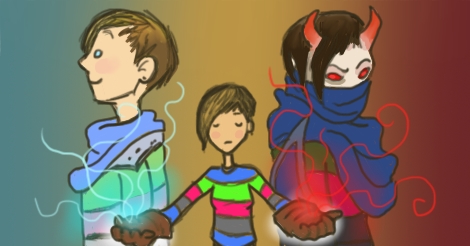 Of course, I couldn’t pay the fine, so I decided to kill every single guard in that village, as well as several of the townspeople. Including my ex-wife. I killed shopkeepers, barmaids, children, the elderly. No one was safe.

This was when I decided to go back to my guild and attack my Guildmaster, which led to the funniest scenes in the game to date. Basically, when you strike him, he simply says, “Have more respect for me! I could break you.” So I struck him dozens and dozens of times, often in combination with steroid spells, where he literally spun in little circles and landed on his face, only to get up and offer yet another empty threat. Eventually I grew tired of this and killed a tour guide, many tourists, and several students. Then the guards came in endless amounts. I killed plenty, but eventually they got me down, fined me $250, and threw me out of the building. Crime doesn’t pay.

Then I went on a murdering rampage, leaving a picnic area soaked in blood. My joy was just approaching people and socking them in the face. Although shooting them with my crossbow from four inches away was pretty gratifying, too. Also, in my most depraved moment, there was a lady left alive, cowering in a corner. The only person left in this parkland of death. I would shift between punching her, flirting, and shocking her with a lightning bolt for a second at a time. Eventually she died with a well-placed arrow in her chest.

She must have reminded me of my ex-wife.