We all think drugs is pretty cool in society these days. From rappers to white people on the internet, it seems like everyone has something to say about the cool new drugs and how to take them. But Muse rehab tells you drugs ISN’T cool. And here’s why! 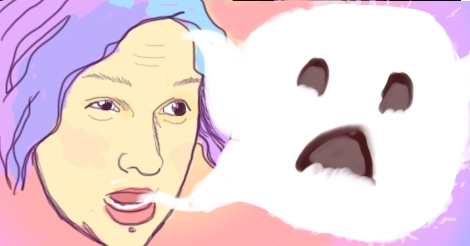 As large, cloudy plumes of smoke drift on the air, is that weightless, white-grey shape reminding you of anything? That’s right, smoke is chock full of spirits both vengeful and benevolent. Will you inhale a Casper-type influence of friendliness and personability? A greasy Slimer type, all green, gobbling down popcorn and driving cars in a reckless manner? Or even a real jerk ghost like Casper probably was when he became a teenage ghost. The risk is too great. Only a square would fill themselves up to the neck with ghastly ghoulies. Be cool, not a fool.

2 Cocaine Is a Myth

We’ve all seen TV and the movies. Listened to music and read books. The substance of cocaine soaks through our culture like so much crotch blood into wadded paper towels even though the doctor said it should have stopped by now. But did you know that the supposedly “historical” drug of cocaine is actually a cultural myth? Inhaling something that does not exist could cause your physical reality to become displaced, ripping a hole in the space-time continuum. Only a square would ruin reality for the rest of us!

3. Ecstasy Only Comes in One Flavour

Joy. Connectivity. Empathy. Love. These are all wonderful feelings, warm and comforting, showing you the bright side of being human. MDMA, more commonly known as “ecstasy,” can generate all these feelings and more — it’s even shown promise in treating PTSD and related disorders. But did you know that it only comes in a sickly lime and spearmint variety? Despite untold lobbying from customers around the world, producers of this famous drug haven’t caught up to demand. Only squares like the green flavours!

4. Spaghetti Is Full of Calories

The scourge of our streets. They call it the orphan-maker. The tubes of Pompeii. Devil’s delight. The one illicit thread that dooms every nation. The spaghetti market has been booming in recent years, leading to boosts in the illegal sex trade and black market weapons industry, but things have begun to change. Proper global and national media coverage is ensuring the attention that desperately needs to be paid to this issue is finally reaching the ears of officials and decision-makers. But that won’t stop mothers who have been to the funerals of their children from weeping every night. Only a square would partake of Lucifer’s Carbohydrate! 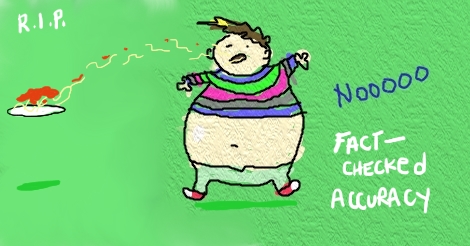 5. Vitamins Are Good for You

We all know this life is mostly a barren landscape — devoid of joy and with no intention of conforming to any individual’s idea of something approaching a pleasant and desirable experience here on this stupid planet we call the Earth. That’s exactly what makes vitamins so dangerous. By promoting the health of those who partake, it extends life — extending misery and continuing the cycle that had no beginning and no end. Only a square would support the continued propagation of the human species instead of the blissful slumber of the unbound vessel!