For many people growing up, they never questioned why some occupations might have names that allow you to identify the worker’s gender while others don’t (actress/actor vs teacher). As one matures and learns, it’s important to begin to question some things you take for granted. Is this good? Is this bad? Does it effect me differently from the way it does others? 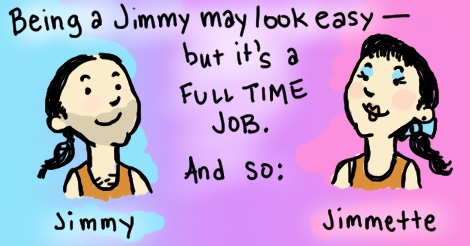 Lucky for you, I’ve thought about this already and have some insights into why gendering the titles for occupations is more helpful than first glance would let you know. I’ve selected some examples and tried to add some explanation in hopes that our readers can spot gendered titles with a newfound appreciation.

Why it’s good for men: Without getting too heteronormative, plenty of dudes will want to psych themselves up in case their waitress is hot. They’ll do things like have better posture while waiting for her to come to the table or maybe even hold in a nasty fart. If they have a waiter, they may instead try to get caught having conversations about sports or video games to determine if he’s a bro in the same way they are.

Why it’s good for women: With a waitress, you can anticipate her smile that since you’re also female, the odds of you being a creeper plummet. Furthermore, you may have an additional ally in dismantling the patriarchy.

Why it’s good for men: Some data, even if contested, supports that you’ll receive more favorable reviews from a manager than your female counterparts.  Your ambition (if you have any) will be viewed more positively. If anything, be wary not to like your manager too much: he isn’t one of the bros, he’s still your boss. Probably?

Why it’s good for everyone: Due to the nature of homonyms this is one of the least useful differentiators. Luckily, outside of a Poetry Slam, you can see the difference. At a Poetry Slam you can usually hear the difference. Knowing something about the author helps you interpret poetry. A haiku with the word “dicks” seventeen times in a row could be about male dominance or about the overabundance of masculinity. It’s all perspective.

Why it’s good for men: If your editor demands pictures of Spider-Man on their desk for you to keep your job, you know that you’ll need to catch him* in action.

Why it’s good for women: If your editrix has you change “or greater” to “or more” you can make a joke about it. “I’ll go along with this, even if I think my original version was greater.” You can know to avoid jokes about menstruation, no matter what time of the month it is. 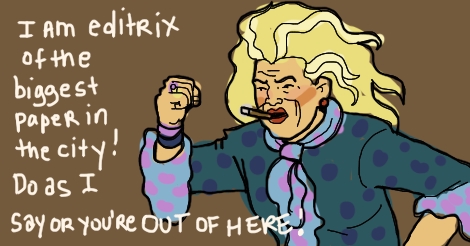