Happy Birthday, A. A. Milne

Alan Alexander Milne was born in London in 1882. Now, he is a legend. Today would have been his birthday, so let’s celebrate!

We know there’s almost nothing worse than seeing an overweight woman in Pooh Bear sweatpants and a My Little Pony sweater bending over at the grocery store to load up with Miracle Whip, but that does not diminish the legacy of either Milne or Pooh. Cleanse your mind of the sentence you just read, and fill it with beautiful images of the gang down at Hundred Acre Wood, just chasing bees and counting clouds. 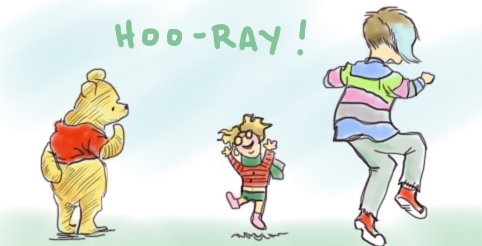 Grab your jar of hunny and join us as we review some of the interesting things about his life and his creations:

A. A. Milne and Pooh