How to Write a Bad Story in Four Easy Steps, and One Very Difficult One

As a writer, you may hit a point in your career where you’d like to torpedo your reputation and the goodwill that readers have toward you. I’m not going to lie to you: it may be tough. There may be fans who stand by you in spite of anything you could say or do, personally or professionally. Those are the earmarks of true stardom. I’ve got some strategies that you might want to employ and techniques that suit them. 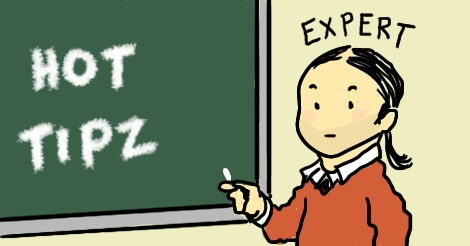 There are lots of subtle ways to be sexist, and you’re welcome to include those but don’t be afraid to lay it on thick here.

Maybe someone has cast a spell that makes clothes disappear. Perhaps an absurd gust of wind tears someone’s top off. Most realistically, maybe someone awkwardly brings up something about someone’s sexual history for no reason, and no one calls it out as inappropriate.

A key beat in sticking the landing on this is to make sure someone gets to enjoy the female’s discomfort for some reason. Don’t fixate on it after the fact – the story should keep going after this almost as if it didn’t happen since it never belonged in your story to begin with.

If there’s an opportunity for character development, stealing the spotlight, or emphasizing the group dynamic, keep your women away! They can be delayed, injured, ahead of the rest of the group, or simply distracted. No one can think favorably of how you wrote them into a situation if you never write them into the most important or exciting situations.

Kill Characters For No Reason

Sure, sometimes characters die. Making it meaningless may seem tough!

Amidst an important fight scene, as the villain kills a sidekick, you can gloss over another character’s death. “Bill was shocked to see Eric Evil kill his sidekick and not even trip over the dead butler at his feet!”

When did the butler die? Don’t trouble yourself with details like that. Especially if you’ve built up the butler over the course of a few years or stories.

If a character dies trying to stop a heist, it must succeed. If they die trying to save someone, that person should die senselessly too. If they die from a disease, try and find a cure immediately after the fact. The situation should unfold almost exactly the same as if your now-dead character never showed up to begin with. It can’t even characterize any team, school, or faction they may belong to.

Your Main Character Can’t Make Sense in a Critical Moment

If presented with a slightly non-obvious choice, make sure your hero does something that will end predictably poorly from the perspective of most fans and most previous versions of themselves. Check out our example paragraph below, feel free to reuse:

“He knew that keeping secrets was his only weakness. He couldn’t help himself but keep another two dozen secrets from his wife. He’d do anything to keep even mundane secrets like what he ate for lunch; he was truly a secret-addict.”

If you embrace these tips, it’s only fair for us to thank you for clearing some space for aspiring writers who will fill the vacuum you leave behind.