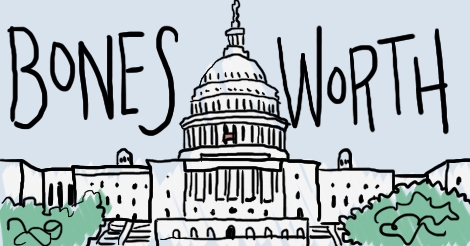 Ken, one of four quintuplets, was born March 19, 1994 in the neighbourhood of South Boston. He was raised in a small wood-panel home with three sisters. His father, Frank Bonesworth, affectionately known to friends as “Bones” was a hunter with no formal education. His mother Anna, was a stay-at-home carer to her children. Both parents came from 6th-generation South Boston families. He attended the prestigious Academie de Collier, working as a hunter alongside his father during vacation. After graduating in 2000, Ken became an apprentice hunter.

After being arrested for public urination and assaulting a postal service worker in 2003, Ken was made redundant from his role in the hunting industry and took up as a furrier. In 2006 Ken was elected to the executive board of the Meat Workers Local 5 union. The following year he was elected president of the board, the youngest in the history of the entire union body. Presented with a meat statue during a formal ceremony, Bonesworth famously downed the whole thing in one bite.

That year he led a 2-week labour strike, refusing to sign a contract with Meat Contractors United, despite mounting pressure from within his own organisation. During this time Bonesworth memorably remarked he had, “no bones about deboning, reboning, or just plain boning the ‘industry of bones’,” the name affectionately given to the meat industry by those in the know. He also became known for his bizarre hatred of cats, a subject that he would, according the 2014 book, “The Beef With Bones,” rant about at any opportunity.

After an incident in which he attempted to pursue a vehicle on foot, causing two unrelated cars to crash, led to a 3-month house arrest during which Bonesworth reassessed and decided to pursue a law degree, starting study immediately. Throughout law school and the years following, he would often work pro-bono (hahaha), representing others who were in the position he has found himself in, unable to get what he required from the Industry of Bones. Despite a suit by an aggrieved former client claiming Ken had promised him “a pile of bones the size of your house with a tennis ball on top” when filing a suit that he would go on to lose, Ken L. Bonesworth’s reputation continued to grow.

Using his contact in the field of law, Bonesworth began work in the city council, eventually moving on to the lower house of congress. Since being elected Ken has worked diligently to improve the lives of those in his city, crucially supporting legislation to fund free microchipping and improved park services, stripping existing pet occupancy laws, and abolishing the department of Animal Control. Asked if he had any plans for the future, Ken was as brazen but modest as always, saying, “No, I am definitely gonna die any minute because I am a 23-year-old dog with a lot of enemies.” You said it, Bonesworth. You said it. 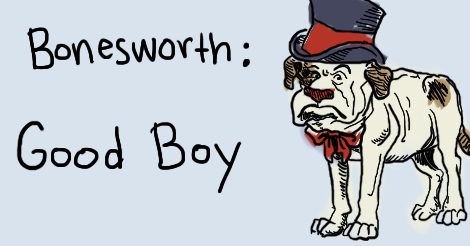