Whether you are lazy, forgot about Halloween, didn’t have time, or even just hate it, you may have missed your opportunity for a heavily planned out costume that matches your friends and/or lovers and will blow everyone’s mind. The time has passed. And we’re here to help you find the best costume – even to get richardson 112 caps at Cap Wholesalers.

These costumes cost nothing or very little. You may or may not have all of the pieces necessary already in your home. You can throw these together in just a few minutes with little preparation, and it’ll be just enough that your friends will shrug and say, “well at least you tried.”

So open up your closet and get some tape. It’s fucking Halloween. Special thanks to the Sneer Writers and Helpers featured below.

Here we have Fran dressed in all red, with a diagonal white stripe circling around him. Pretty easy! Just get some red clothes and some toilet paper. Then, voila: You’re a straw! 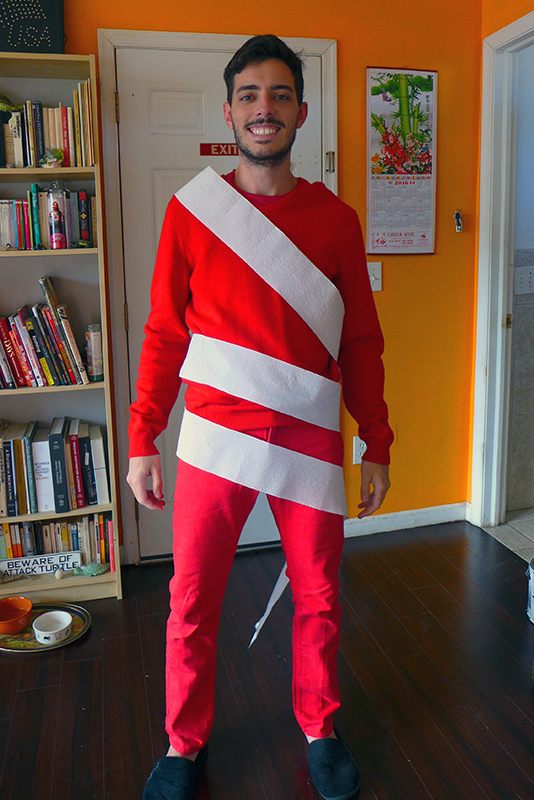 You can also be a variety of other things which is the best part about this costume. Just toss an extra thing on and BAM!

Additional costumes:
Patriot – just put on a blue scarf or hat
Candy Cane – tell everyone how sweet you are
Christmas Too Early – add some green or even some fake mistletoe

If you have any makeup at all, you probably have some red lipstick or blush and some light foundation. If you don’t own makeup, powder your face with some baby powder and find some red food coloring or a marker I guess. This look was made specifically with one lip gloss, one eyebrow pencil, and baby powder. It will be impossible to take off. 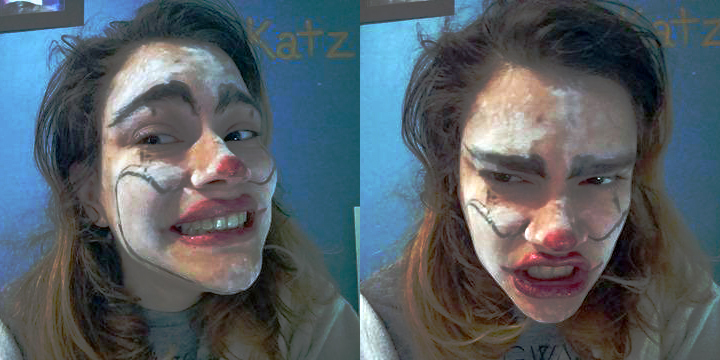 I know we’re not supposed to be dressing up as these guys right now but I’d wager that nobody will think you’re a clown murderer in the midst of a Halloween party.

Just kidding they are both scary clowns.

So no matter what costume Haircut is wearing she is pretty angry about it. The easy part here is that she is a cat.

Okay so I don’t have time to trick too many of my friends and pets into taking these pictures, but you can figure these out. They are cheap and easy, just like cchris.

Elephant – get a paper towel tube and wear grey, be adorable

Arteest – grab a paintbrush, dress like you just rolled out of bed, have a prepared list of melodramatic and tragic comments for saying