Moby Had a Video

I’m gonna be right up front about this:

There is no certain reason for this I suppose, maybe it’s because my body has about as much rhythm as a sun dried catfish, or maybe it’s the fact that the last time I even attempted to dance I was nearly dragged from the dance floor by my nostrils. But I’m going to guess the number one reason is that I am a 38 year old white guy who spends the majority of his time as far away from the club and dance scene as possible. It all comes down to wanting to fit in and feel comfortable where ever you go, and when I’m in a club with a bunch of sweating “young people” gyrating to enough bass to level a small third-world country, I do not fit in. 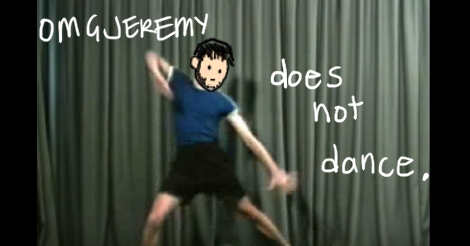 To save as much face as possible I mostly stay away from public attention when I want to get my “groove” on. It saves me the embarrassment of having friends claim they don’t know me when I dislocate my neck after trying to do a somersault off the DJ table onto the dance floor. This isn’t the case for everyone however. Other people seem to have the urge to show everyone else just how fucking stupid they can be. Like it’s some kind of trait that they think they can offer the world, as if there wasn’t already enough stupid fucking morons already. Instead of staying quiet and leading quiet happy lives, they feel the need to get on stage and show everyone why there is no God.

This is the case for today’s little article. I recently stumbled across the Moby DVD and picked it up. Yes. A DVD. Say what you will about Moby but I’ve always held extraordinary people who don’t take themselves so seriously very high. And if you watch the DVD you’ll see what I mean. Plus Moby has an excellent sense of humor, which is more than evident in the videos that are on the disc. One of which is the focus of today’s article.

The video in question involves several middle-aged men auditioning to dance in the video for Moby’s song, “Bodyrock.” Now, Moby could have always gone out onto the street and found more than a few skinny incredibly well-endowed teenage girls to do this, but that was apparently the last thing he wanted to do. Instead, we are treated with an almost nostalgia-inducing form of embarrassment. This was created long before the advent of YouTube, and social media granting people the ability to make fools of themselves for the entertainment of the world, free of charge. As a result, when I see this, I can almost remember that blissful time when scenes of this nature were actually awkward to view, rather than the boredom we now feel by seeing just another video of someone’s Uncle Fred lighting his whole ass on fire before falling through a second story window.

So what I thought we would do is take a look at my favorite “dancers” and maybe in the process remind you that people have always made themselves to look like nobs to be laughed at — it’s not a new downfall of society. Also I will be rating them because who am I to pass up an opportunity to judge these strangers? Nothing I can offer will be anywhere near as cruel as the reaction-expressions Moby himself included in the actual video, anyway. So without further ado, let’s examine our posse of decaying human gray matter: 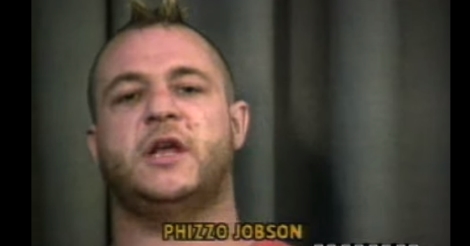 Phizzo Jobson –The only man in the bunch that got his name printed and for good reason. One look at this man and you can see the immediate urge to crown him as the most ruggedly fly human being on the planet. It seems Phizzo’s definition of dancing is to wave his arms around, while trying to expose his bloated and soured gut as much as possible on screen. The sad thing about all of this is that Phizzo is by FAR the coolest person auditioning.

RATING: Maybe if we were holding a contest for most disturbing fat man dance of all time, which he would most definitely win without even trying. 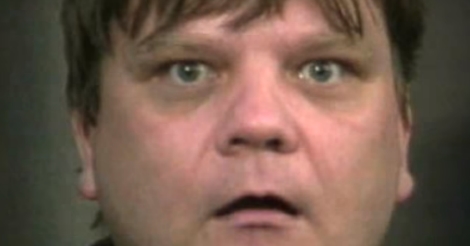 Staring Man-Thing – All you have to do is stare into his eyes for one second and you can tell instantly that he has realized he just made a HUGE mistake. Either that or he’s trying to move a particularly large bowel movement from his lower intestines into his underwear. I’m not exactly sure what the hell Staring Man is doing actually.

RATING: Staring man is disqualified because he eventually scared me to the point of wanting to lock myself in my closet and cry. 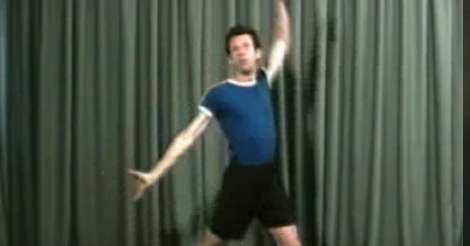 Dance Machine – This man as it turns out is the only person here that looks to have at least danced before in his life. Don’t worry though, it quickly turns into a rolling wheelbarrow of rotting corpses as it seems he has not tried to do any of these dance moves for at least thirty years. Most of the time Dance Machine is throwing out crippled abortions of 70’s dance moves, many of which seem to have been imagined in his own mind. We have to give dance machine credit though, as he at least does try to do actual dancing, instead of the mindless gyrating the rest of our contestants are doing.

RATING: He has totally forgotten that he is not dancing to Saturday Night Fever while in a figure skating competition and is totally ignoring the fast dance mix that is playing. Dance Machine gets an A for effort, but an F in intelligence.

Mr. Sex Offender – This guy does not care if there is any music, heck I’m pretty sure he doesn’t even hear the music because all he can do is make eyes at the camera without a shirt on. Shirts are unnecessary for Mr. Sex Offender as they could interrupt his sleazy dance by getting caught on the splintered rib cage of a crew member he just trampled to death during the chorus line.

RATING: He gets serious points deducted for not wearing a shirt and generally acting like a something that had been tested in a military institution with mysterious drugs and brain altering chemicals. 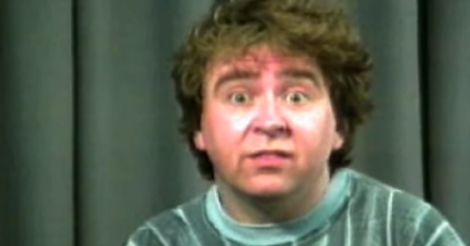 Brain Seizure Man – At first he seems to be a quiet docile fat man with stringy greasy hair who belongs in McDonalds. He seems more suited to ordering six Big Macs and a large pot of animal fat to go. I’m sure immediately after this audition he had to be wrangled by several large security guards and beaten in the face until he was no longer a threat to the crew members or himself.

RATING: Brain Seizure Man could easily win this contest for entertainment value alone, but this isn’t a sitcom, and as far as I can tell he is not dancing as much as pleading for help. 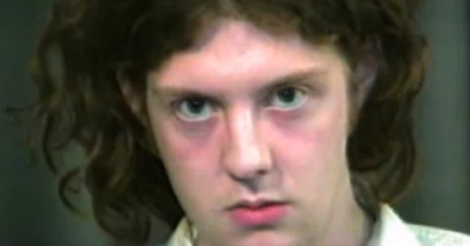 Zombie Boy – The youngest of the dancers due to being undead, Zombie Boy decides it would be fun to get on the dance floor and “blow it up” by doing something that vaguely resembles a dog after it has been shot in the head. It doesn’t help matters any that it seems his hair has more mass to it than his entire body. It’s as if an alien life form that resembles greasy hair has attached itself to his brain and is controlling his every uncomfortable spasm. When you watch this video, be sure to cheer Zombie Boy on in his endless fight to free himself of the parasitic alien hair, maybe one day he will be free of its horrible grasp.

RATING: Poor. Zombie Boy may be fighting an epic battle with alien fiends, but that does not matter here. This is after all a dancing contest, not the struggle to remove parasitic aliens. 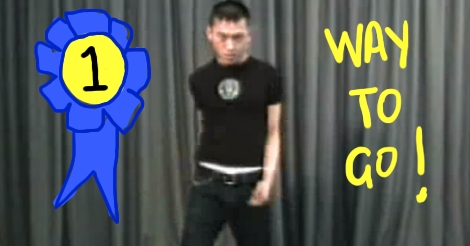 Asian Guy – By far the most human looking of the whole bunch, Asian guy comes in late in the video and saves this whole mess by at least looking halfway cool. That’s certainly not to say he can dance though, as he seems to only want to stand perfectly still and move his arms slightly. This as it turns out is the best strategy and easily makes him head over heels the best dancer on this video.

And no, I didn’t just award him the honor of being the best because I was desperate to end this and realized I still had like four other guys to include. Okay, maybe a little. Sorry, Karate Guy and Vague Breakdancer.

Now let’s all clap politely and leave the building in a calm orderly fashion, forgetting this entire mess ever happened. 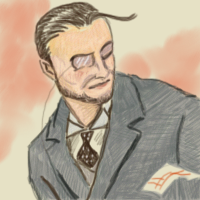