It’s Monkey Day today! That’s right, today is the annual celebration of all things monkey (and other simians). We learned of this observance this year and we’re proud to help bring some awareness.

In celebration, we are honoring a great primate who once lived. Not only did he live, he went to space! And he even came back, unlike poor Laika.

His name was Ham. He was an astrochimp, and the first primate in space. Here are some fun facts about him and a beautiful coloring page (click to enlarge) for you to celebrate with! 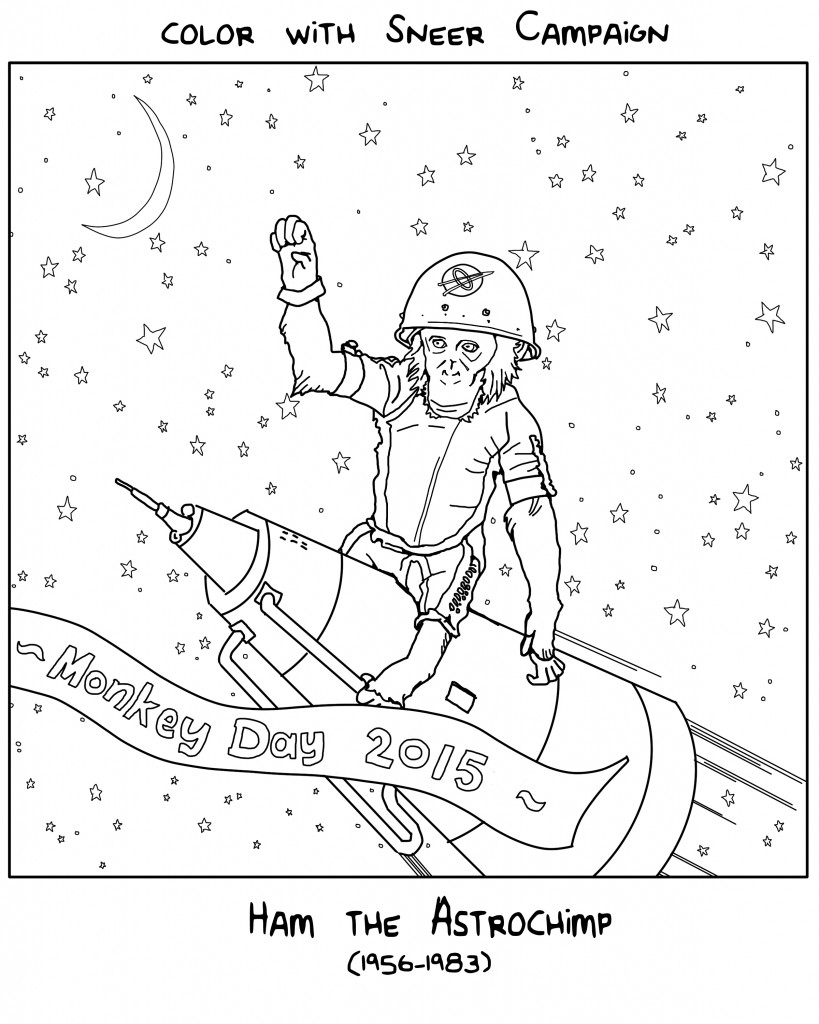 Here is a pretty sweet piece on him from back then: