Panic Attacks at the Sneer Disco

Have you ever had a panic attack? They are different for everyone, we hear. Us Sneer Campaign writers, well we are a fragile bunch. Mentally.

For each of us, for a variety of reasons, our first panic attacks were each our worst. One horrific reason for this is that you pretty much think you’re dying. If you’ve never experienced a panic attack, it wouldn’t quite be comforting to not know what’s happening to you, to have trouble breathing or speaking, to move and shout involuntarily, to not even be able to cry.

My first landed me in the emergency room, while Amanda stayed home, wallowing in fear. We both ended up okay. We both survived not just those, but many since. We have both become more anxious. We both live in fear. 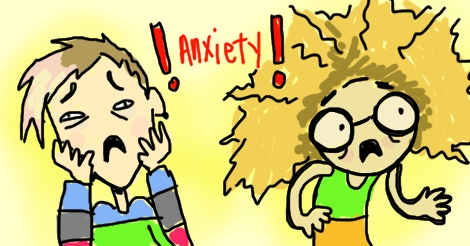