The Elements of Peachy Keen Style

If you’re like me, then you go outside a lot, despite what the petitions say. And if you go outside, you notice people. Just look at all of those people. Too many people, if you ask me. This is but one of many reasons I want my own private submarine and volcano lair. But I digress.

Frequently on my excursions I see curious people wearing bushy beards, busy plaid shirts, suspenders, cargo shorts, and black socks. They stand out to me not for that reason, but because so many people would curse and fling oranges at them. I thought they were immigrants from some Eastern European country, saying words like “Fair Trade” and “Decemberists.” But it turns out they are “Hipsters,” a relatively new culture that it is “in” to hate, taking the place the emos had until we as a society finally began to realize that it was cruel to mock the mentally ill.

Now, no one wants to be hated, not even Carrot Top. We all know the need to conform to the tastes and expectations of society, and so I have made this guide to help you avoid the unforgivable social pitfall that is having atypical tastes in a non-trendy fashion. Follow these rules and you’ll be a Bold Trendsetter without having to resort to thinking about your personality and deciding how you want to express yourself in a way that pleases you. 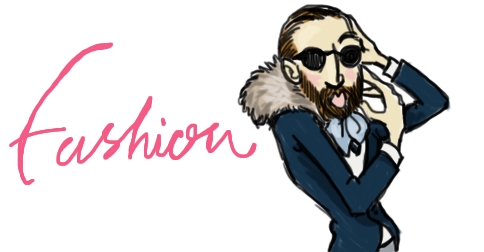 I have based this guide upon my own observations, gleaned from countless minutes skipping through Arcade Fire concert bootlegs on YouTube and everything that has ever been uploaded to Instagram. Follow this guide and you will be Popular. Finally, I am going to focus on men as women, you already know that there’s nothing you can wear, no style you can present, no hygiene routine you can follow that will prevent you from being swiftly and brutally judged by all who see you. Just look at yourself in the mirror and see all of the flaws society has taught you are real. Just stay inside in the dark until some man comes to rescue you. There is no other hope. No hope at all.

First is wardrobe. Nothing can tell you more about a person than how they dress, except possibly talking to them for a bit and making a human connection. But we have selfie sticks, so that’s out. You want to present yourself as timeless, yet bold and edgy. I recommend simple dress slacks, but cut a minimum of a foot too long. This is key to hide the fact your shoes are crocs and the cartoon characters on your socks are not even licensed from the same giant media conglomerate. No one wants to see that.

Hipsters love T-shirts of specific types. These shirts will support obscure bands, make inside jokes, or promote things that were popular no more recently than twenty-five years ago. Your best bet, T-shirt-wise, is to subvert this trend by getting to it first. It is difficult to get merchandise for a band that hasn’t formed yet, just ask those fascists at my local record store, but you can easily get shirts printed that contain utter nonsense that you can present as jokes, or things that have just now fallen from popularity. Or you can mix them, yielding white-hot shirts with phrases like “I OVERSMELTED THE JONAS BROTHERS’ PROMISE RINGS.” Or “THE CROWS WHISPER HARLEM SHAKE TO ME.” If you prefer button-ups, try a nice fluorescent paisley. 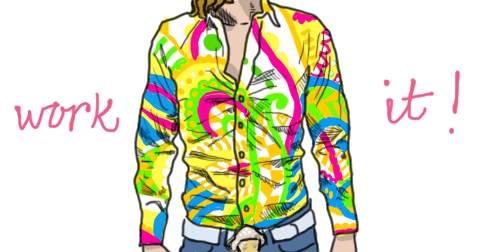 Next is hair. People like hair, but only in certain ways. This is why we won’t elect presidents who are bald, or have awesome Tom Selleck mustaches. So you need something that blends in, yet stands out. This is tougher than it might seem. Just look at poor Macklemore. Now, you might go with a classic part and some pomade, but really, you can only pair that with a sweater vest and tickets to a Hillsong United concert.

What you want is what I like to call the “proto-combover.” You shave the top of your head, grow the sides long, and weave them together into a braid running down the median of your skull, leaving it to hang down your face or neck as you choose. Forget hats: leave the trilbies to the men’s rights activists who call them fedoras when they tip them at women and think it means they then owe them sexual favors.

Next is facial hair. Sorry, lumberjacks, but the hipsters have the market cornered on this one, and going barefaced is dull and pedestrian. You’re going to have to shave your face, and instead groom a mighty neck-pelt. Grow it long, but keep it trimmed to a uniform length, and keep it supple by working in neat’s-foot oil every few days. You’ll know you’ve hit the sweet spot when you can read the faces of the people walking toward you as they slowly realize that you’re not wearing a scarf at all.

Next is consumer tastes. We all know hipsters like media no one else has heard of, and to wear their green cred on their sleeve. You’re going to have to step this up a notch. Your music is not going to be about something so base as “songs” gathered into “albums” that are prerecorded for your convenience. You’re no lazy music consumer. You’re into SHEET MUSIC, performed by yourself and your friends on atypical instruments, like downtuned zithers and theremins with water damage. Now, before you go to Guitar Center and pick up a bound copy of Jackyl’s Greatest Hit, remember that to set yourself apart and make yourself unique, you’re going to need something a little more off the beaten path. Everyone knows hair bands. You want SWEDISH OPERA.

Now I know what you’re thinking, that there’s no such thing. But that’s only what the Swedish government wants you to believe. In fact, a Swede whose name is mercifully lost to history wrote an opera back in 1856, and it was sealed in three clay jars and buried in the far north of the country under the Reindeer Rutting Fields by order of the King later that same week. Just grab a shovel and follow the reindeer bellows. 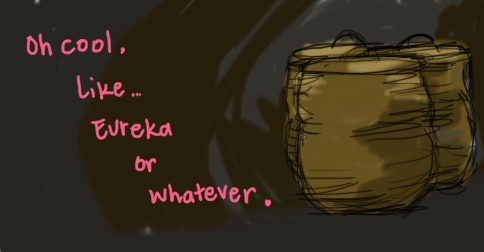 Finally, we have hygiene. You’ll probably want to stick with that, because if there’s one thing I know about society, it’s that people can barely stand to be around each other under even ideal conditions, because there’s billions of us and that means we’re always bumping into each other’s selfie sticks. Smelling like an incontinent yak in July is only going to make you hated more. So let’s skip to add-on fragrances. Everybody wears stuff like CK’s Obsession. “AXE” Body Aroma Substance And Fuel Injector Cleaner, and Justin Bieber’s Machismo by Justin Bieber. It’s tedious and horrific to make your own perfume (only Google “ambergris” if it’s part of the ransom demand) so you’ll want to raid your dad’s closet and less-discriminating thrift stores for bottles shaped like Jessica Rabbit’s body parts or anything you’d later be embarrassed to have worn on a dude ranch. You’ll be remembered, trust me.

Now you’re ready to go, tiger. Boldly swagger into the day, or night, whatever, and do stuff. What kind of stuff? You need me to do more thinking for you? Maybe in a future article.