The Legend of Zelda

Zelda Sayre Fitzgerald was born on July 24, 1900, and was the original quintessential irrepressible flapper of the times. Her life was a tumultuous roller coaster of good times and high drama, sailing high, young and beautiful, and then crashing into an insane asylum that burned to the ground with her still inside when she was about forty seven years old.

Not only did she inspire F. Scott Fitzgerald’s entire literary career, she was also the inspiration for a video game series I have never played: the Legend of Zelda. I can only imagine that it revolves around F. Scott Linkgerald wandering around a warped and terrifying fantasyland, trying to locate the eight pieces of her sanity, which she smashed to pieces due to some prophesy or something. There are villains who also resemble F. Scott and a lot of confusing social situations involving elixirs of booze and bathtub gin.

I have drawn Princess Zelda in honor of all of this. 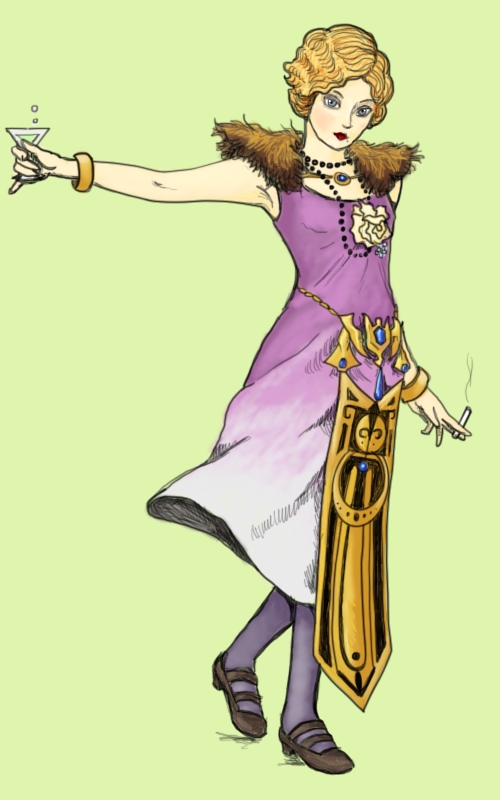