The Popeyed Piper of Hamelin 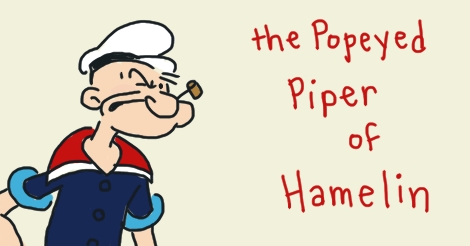 E. C. Segar is one of my heroes. Have you ever read his comics? They’re so good! Sometimes I think I’d like to be a cartoonist as a living but I wouldn’t be satisfied unless they were equally as good as Segar’s work. I would say “or better” but I can’t imagine that anything could BE better! His Popeye comics (called “Thimble Theatre”) were most successful in the 1920s, but then he died at a TRAGICALLY YOUNG age (only forty-three!). The comics ended too soon. He had a hand in the very early Popeye animated delights, which, if you’ll notice, are super good especially as compared to the awful cartoons from the 1950s or whenever when he had annoying nephews. What was up with cartoon characters having annoying nephews for a while?

, or read them online somehow, or just take delight in my comic, below, where I did my best to tell a story with the Thimble Theatre characters. I hope Segar would be proud of my effort. 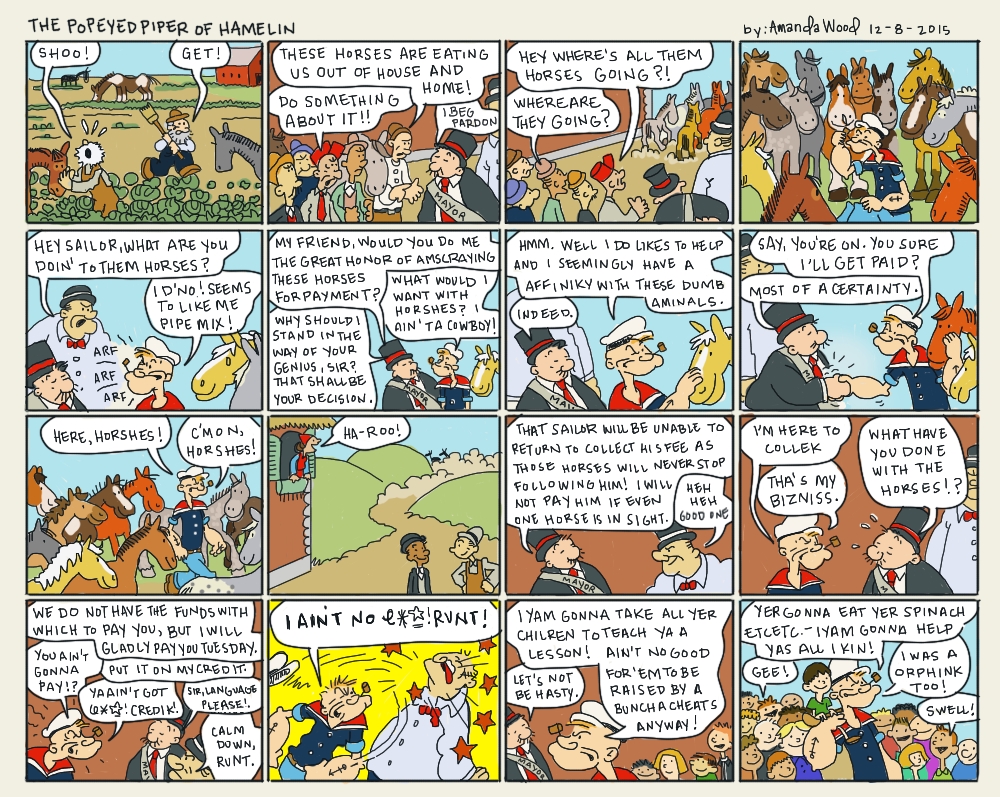