The Shadow started as a narrator for a radio show meant to advertise the Detective Story Magazine pulps. As big fans of pulp fiction, from westerns to undersea tales, we wanted to honor The Shadow today, on the anniversary of his debut in 1930. He remained a narrator for a little over 5 years, before they decided to fashion him after the pulp hero of the same name, with his own stories (the pulp version of The Shadow started in 1931, after his narration debut).

The Shadow has many disguises as he travels the world avenging any wrongs. His persona differed slightly depending on the media, but he was always the mysterious Shadow, fedora and cape. From radio to books, to film and almost television, he traveled not just his fictional world, but made the rounds in ours too. He was even voiced on the air by a young Orson Welles for a year.

Spooky indeed. Who knows what evil lurks in the hearts of men…? 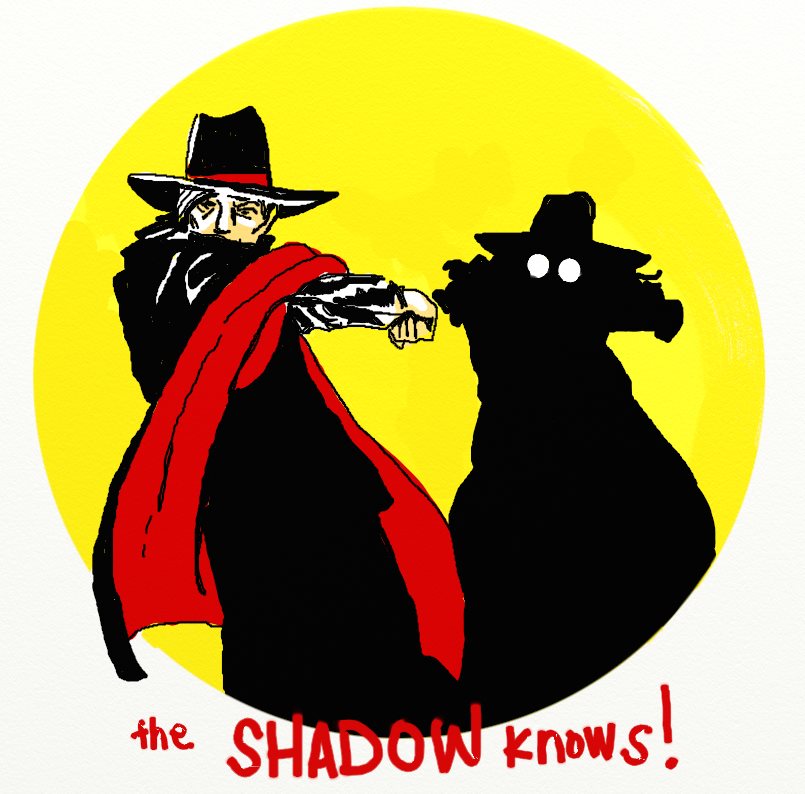 Enjoy this little overindulgent self-portrait of us as THE SHADOW, because this is the closest we will ever get to cosplaying. Drawings of ourselves.