Things I Can’t Believe I Did As A Child

Looking back on our own childhoods is like looking back at the lives of entirely different people sometimes. For real, there are like segments of time that seem separated by a black curtain. Seven year old me seemed like a different life to me at sixteen, and both of those seem completely different to now. I imagine it is the same for everyone, right? We all had interests that we were way into which now seem laughable or awkward. Is it possible that in twenty years, I will look back at me in 2017 and feel uncomfortable? Haha not a chance! 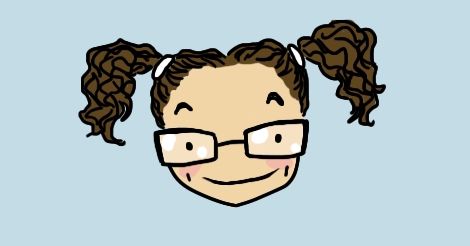 Several sports! I have trophies from both soccer and softball. They’re not as big as my reading or math trophies, but I’m sure I wasn’t as good at the sports.

Like, seriously obsessed. Outwardly, I watched Touched By An Angel at my Grandmother’s house. I had stickers and magnets and things with angels on them (probably the only trinkets I could afford at that age). Every time we went on a trip I would find myself in some weird mystical store full of depictions of angels.

Inwardly, I believed I had a guardian angel. Or wished that I did. I would imagine one keeping track of me and intervening way too often, pretty much like that episode of Daria where Quinn selfishly believes an angel is choosing her best makeup color or whatever. El oh el. 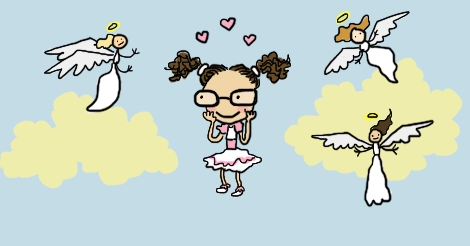 And caught fish! Crazy shit, you guys. I seriously enjoyed fishing. I even caught worms and hooked them myself. We always put the fish back, I am pretty sure. Sorry, fish, but hey it was Florida. I had my own pole, at least one. We went to a fishing expo once! Do those exist? I earned some stamps on a little children’s certificate and earned myself a new fishing pole that wasn’t as good as the one I already had I think. I also had a tackle box. That may or may not have been my favorite part.

I would totally still go fishing but I don’t think I’d be as successful somehow. Also I no longer have The Things.

Wrote to the Newspaper

I remember that I wrote almost every day as a little kid, although it was probably like one sentence per day. For fun, my parents would give me vocabulary words to write stories from. When I visited my aunt in D.C., my favorite thing to do was write her a report from her set of encyclopedias. So, like any normal 7-year-old, I was encouraged to write to the weekly children’s section in the local newspaper, The Sun-Sentinel. Looking back at these archives, it appears to be all 7th graders answering the weekly questions in the paper, and then me, 5 years younger. I’m not sure why. Draw your own conclusions. Anyway, the unbelievable part is what I wrote (if you click on the image it will take you to the newspaper archive page with the other kids’ answers):