The lesula was confirmed to exist by the scientific community as recently as 2012. It had been known by locals for many years, but even the entertainment industry has been acquainted with this old world monkey since 1988, when one unusually tall specimen began on the path of Hollywood stardom. The soulful eyes and elongated snout characteristic of this primate have given Adrien Brody’s true identity away, so he has begun to grow out his body fur and will proudly represent the lesula monkey folk from this point on. We have celebrated this historic moment with a portrait. With new films due out in 2016, it is indeed the Year of the Monkey. 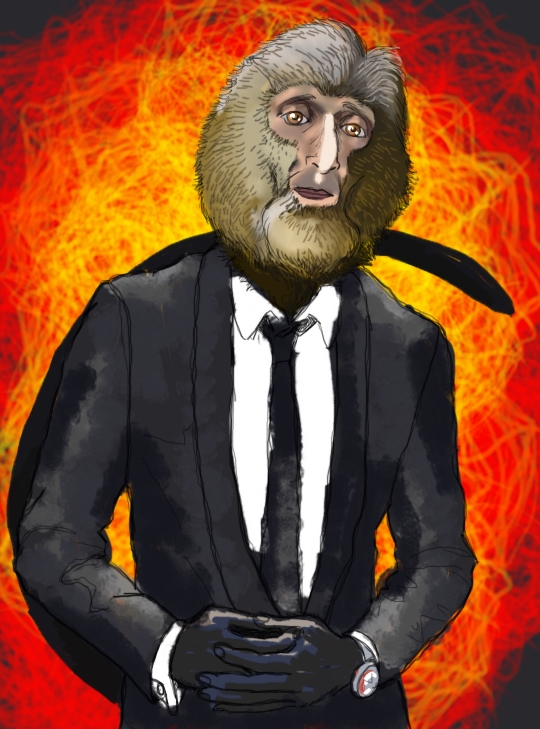