You know how out there in the real world, appearances are important. Whether we like it or not, we are judged for our clothes, hair, general upkeep, and so on. People also seem to respond favorably when you are well-spoken. I think this is also true on the Internet, although people aren’t convinced yet, judging by the appallingly low standards everywhere you look. But suave, sophisticated internet personalities like to give off the impression that they have a decent command of the written language. Unfortunately, typos exist.

It is frustrating to make a typo. You look like you can’t spell something and when you have to backspace a hundred times in order to appear to have any shred of intelligence at all, you just want to give up and start txtn liek it aint mattr. When I read a typo, by the way, I imagine that I have just read a mispronunciation, or in some cases, a total spazz out breakdown. It’s funny when other people do it, but when I do it, I just want to cover my face in varying levels of shame.

Worse, though, is the typo that makes a different, actual word. Sometimes it is the fault of that infernal autocorrect feature, but sometimes it is simply because certain letters are next to each other. And sometimes it is because your brain just wrote a completely different word and that’s weird and also not what I’m talking about here. That’s disturbing in an entirely different way. Anyhow, it is confusing for the other person to encounter this correctly spelled but not exactly relevant new word, and I have been personally HUMILIATED to have been the victim of these errors. And they have traumatized me enough that any time I write the word I mean to write now, I automatically check to make sure I did not accidentally write the wrong word.

And because every chat I have is imagined in my mind as one of my comics – only fully animated (yes, I’m very lucky), I will present these scenarios to you as small comic strips featuring my poor friends.

When I accidentally write this to some friends, it is all right. Nothing is made of the situation either because they are nice, wholesome people, or because they wish to appear to be such. Other friends, however, are FILTH and also enjoy having screen caps of “confessions” like this one. 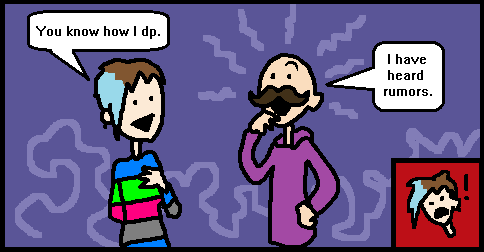 It is an unfortunate quote to have floating around. It could damage my political career in the future!

Several times in my life, I have opened a potentially important conversation in this manner, ruining any seriousness I may have been bringing to the table. Fortunately, most of my friends are boys, so they probably assume it is an error, or that I am smoking crack. However, it is more awkward when I ask a female friend this question, seemingly from out of nowhere. It is even more awkward when they immediately answer as though I really was asking. 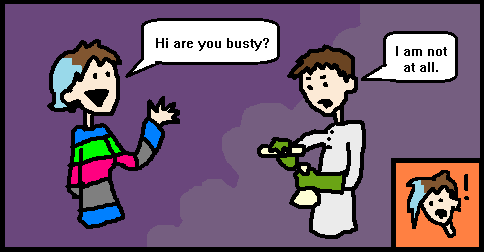 It is only a fleeting awkwardness, but it does knock me a little off course.

This one is probably a very personal laugh, except for those people who already know this fact about me. Well, now you will ALL know! In my family, “fot” is another word for “toot.” I very certainly laugh aloud anytime anyone says “toot” – even writing it right now is giving me a chuckle. “Fot” gets a different kind of laugh, sort of. It’s too absurd of a word. And whenever I typo it, I laugh right here, all by myself, while most people think I have simply made a normal nonsense typo. 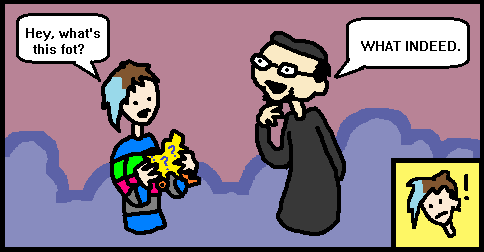 Oh boy. Sometimes simple farm-life conversations turn into agonizing exercises in backpedaling. Imagine the scandal my friends experience whenever I speak lovingly of ducks and the keys get away from me. Imagine the horror I experience when I realize what I have said. Why are the D and F keys neighbors? Who thought the U and the I should sit right next to one another? 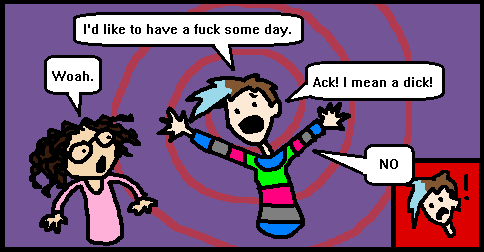 It is possible to turn this lemon into lemonade, but most of the time I just want to drown myself in the pitcher.

When I miss the all important letter i and turn this verb into a noun, it doesn’t always alter the entire meaning of what I am saying. It is easy to see that I have simply made an error in typing. However, it also looks like I have a certain down-low subject matter on the brain. This is not necessarily the case, friends! I just am clumsy and not observant enough! 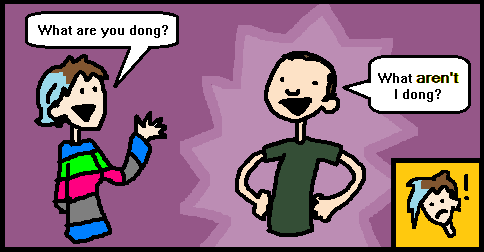 Some friends have been known to make this experience more excruciating than it needs to be.

This is a new one for me. It seems that autocorrect believes that I really am more likely to be saying “moistly” even though everyone in the world is careful to not use that word, or “moist.” An accidental “moist” in place of “most” is excusable, but describing anything with “moistly” is the end of the world. 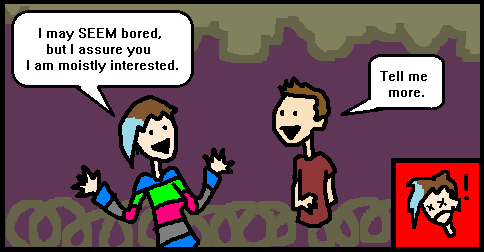