Ugh What a Terrible Girl 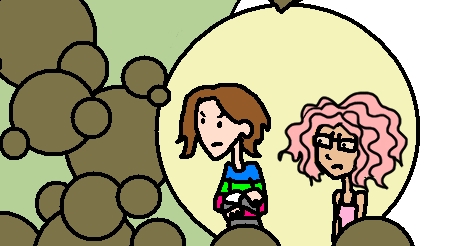 As another year around the sun concludes/begins for Dollissa today, I found myself being nostalgic. She and I have known each other since 2008, I think, but our status as Best Friends wasn’t really established until 2010. Probably at the moment I then made into this comic. Eight years ago, we had met the most thoroughly irritating person, irl, when I was in New Jersey visiting. Our first bonding moment was a silent Exchanged Glance when this person had said something that was just astoundingly stupid and attention-seeking. Later, while on AIM probably in separate rooms in the same apartment, we discussed the girl in question and threw out some hard opinions. The entire conversation has been lost to Time, but it was harsh, and yes she earned it.

I’ve heard it said before that your friends are actually people who just hate the same things as you. It may be cynical, or it might be a silver lining on that great big angry cloud that is a personality, but it seems to make some sense. Dollissa and I obviously both hate wide ruled paper. College rule is much more appealing to look at, and who wants to waste all of that space??  It is a very firmly established dislike in each of our worlds, and yet this horrible irritating girl turned out to also say that. And for a brief moment, we both independently thought, “Maybe wide-ruled isn’t so bad…”

Please, read this comic I made ten years ago not realizing that I was illustrating the first moment of BFF. Also probably our first joint sneer which then set in motion all of the things that have led us to today where we have an entire Empire of Sneers brewing all around us. 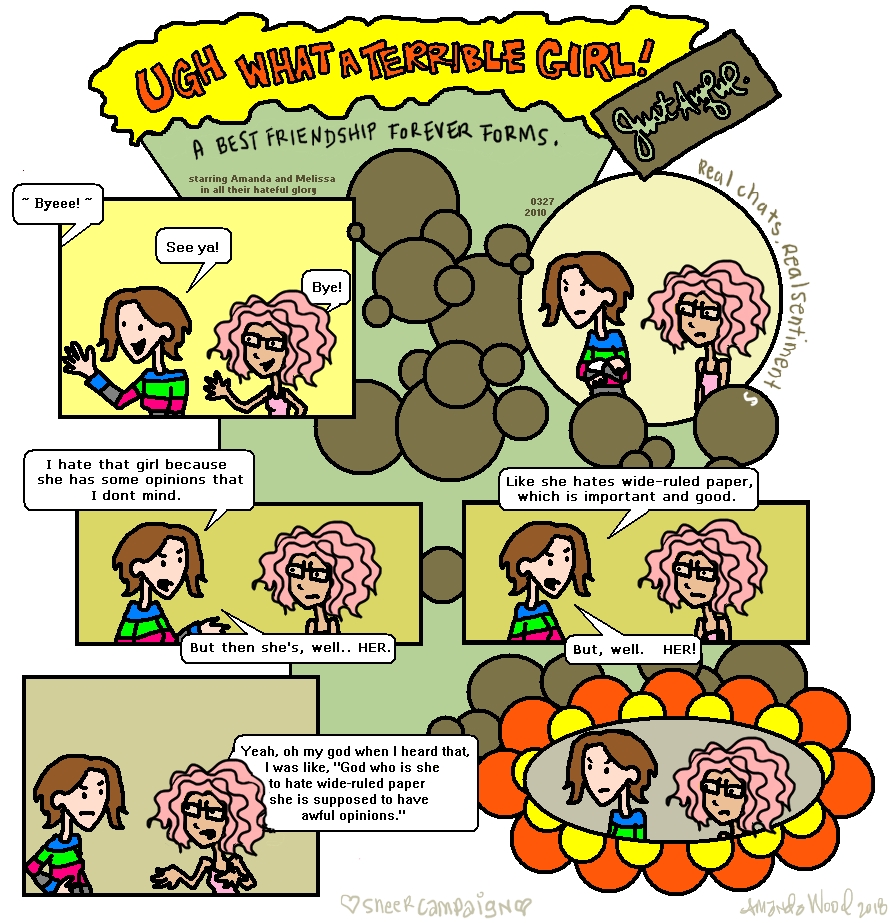