What Is Happening? Why?

There are aspects of the human condition which baffle me. I mean, I have most of it all figured out, of course, but I admit some things make no sense to me. And there are things going on in our societies that seem like they are poorly thought out, and maybe even ill-advised. What is everyone thinking!

Most of us can agree that there are big things that are wrong. Big wrong things that nevertheless a lot of people partake in, such as racism, homophobia, murder, and so on. I will not speak further on those. I am here today to talk about the little things that aren’t hurting anyone but me and my brain. What are you people doing? Why! 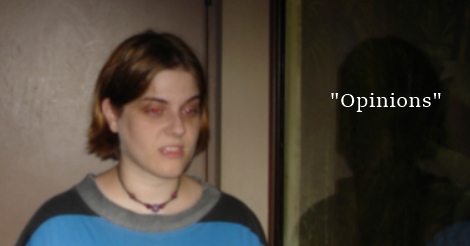 At first, I thought that women only screamed loudly and repeatedly in terror just in horror movies, to sort of convey just how hectic everything was going. The high-pitched screech was being used as a horror version of canned laughter, sort of. You hear it and you are then informed that what is happening is frightening. Because otherwise, you wouldn’t know.

However, I have now been around enough people throughout these long years to have seen it in real life action! There’s a spider? Scream! Someone jumped out at you? Scream! You see a clown where a clown shouldn’t be? Well you had better start screaming! Why though? Is it a tactic to deafen the threat so you can then attack or flee? Somehow I don’t think it is. I can understand gasping, or maybe a little yelp, but these full-on screams are ridiculous. You’re wasting the air in your lungs AND being annoying! Stop it.

Dancing the Night Away

Dancing can be fun. I enjoy watching breakdancing clips on youtube, and the skill of Fred Astaire pleases me. Busting out some extremely white moves like Elaine Benes did feels good to the soul when you are with a few friends, or alone in the kitchen late at night, going insane. But to go out to a club and “go dancing”? Shudder.

I feel like probably most everyone reading this has probably been to a club, but if you haven’t, just watch any modern music video and imagine a bunch of ordinary people being drunk enough to think they could fit into that scene. Arms raised, lurid grinding, general lack of rhythm — oh how much fun they seem to be having! But why? Is it actually? I am skeptical. And whenever I am told that I am “no fun” for sneering at the invitation, I am skeptical of THAT, too!

Hey speaking of places where to me it looks like people pretend to have fun: the Comedy Club! Let me say, first of all, that there ARE stand up comedians that I do like. Some comedians are genuinely good at it and it’s like watching any other highly skilled professional work their craft. But then there’s the standard stand up.

The vast majority, I think, of comedians are not very funny. Their jokes are weak even though I admit that I admire that they have a dream and are going for it. In fact, my beef is not with the comedians so much as it is with the crowds who attend their shows. Sometimes they heckle, which is its own kind of awful, but when they just laugh and laugh at things that don’t even cause me to smile, I am truly confused. Again, I feel like everyone is laughing because they think that’s what they are supposed to be doing. It makes me feel a little creeped out, honestly. 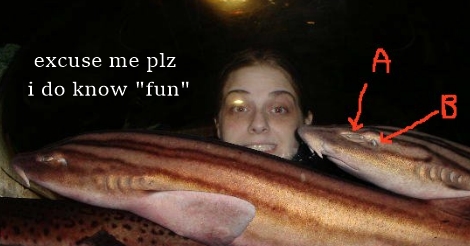 Watching sports can be pretty entertaining, I guess, if you’re into that kind of thing. Of course, I’m not, but I have spent time around those that do and watching athleticism on display — there are worse ways to pass the time. Mostly though, I find that I can’t look away from the sports fans.

Huge stadiums of people chanting what sound like incantations in order to help their team get a ball into a goal. Is it magic? Is that what’s happening? It’s amazing. How the fans get so wrapped up, like they are actually part of the team getting paid millions of dollars to play a game, too. The fans painting themselves like overfed tribal warriors, howling for the blood of their enemies… what is happening?? I don’t understand this at all, but I can watch in silent worry over it. What are these masses of people going to do next? Will there be a sports riot?? Could be!

When people are happy, they clap their hands. I love it. This, I love. At the end of a performance, people will clap their hands and hoot to show that they appreciated it. It’s like seeing a little group of happy hairless monkeys dressed in human clothing! Which, I guess we are. But so cute! I don’t understand it, but it pleases me.

Lately, I have noticed that people will applaud at times that I am not expecting to hear applause. Sometimes, at the end of a movie in a cinema, for example, a smattering of people will clap, as though the actors on film can hear that they made the viewers happy. On some video clips of animals being saved by heroic people, the small crowd that gathered will clap, smiling at what has happened. Are we babies? Is this baby behavior we didn’t outgrow? “We.” I only clap when it is expected, at the right times. I don’t spontaneously clap just because I’m suddenly glad, accompanied by gurgling and coos or hoots and screeches.

But I mean, maybe I’m wrong about this one. Maybe this is the one I’ll get on board with. Maybe I will even be able to do this without seeming aggressively sarcastic about it! Stay tuned.