I’m sure you’ve heard of Festivus. This cult holiday phenomenon came to the masses from the greatest show ever on television, Seinfeld, 18 years ago. In Season 9, episode 10, The Strike, it comes to light that George’s father does not celebrate Christmas, but a holiday of his own making. He created the holiday, as the story goes, in response to the commercialization of the season (aka he got into a fight with a man over a doll).

It might surprise you to know that people actually celebrate this holiday. Some of those people include my father, and the father of a Seinfeld writer, Dan O’Keefe.

What you should really understand, though, is that Festivus is a state of mind. Just like (some people say) Christmas is more about family and giving selflessly than gathering piles of gifts, Festivus is about living your life a certain way. A Costanza-y way. 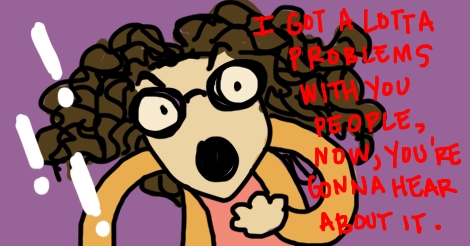 So get rid of your presents (or hide them), grab your aluminum pole, and gather round. It’s time for the Airing of Grievances.

Yes, we can tell that we have only 5 views on Celebrity Fan Mail and 173 on Neko Atsume.

What do you think liking does?

We’ve had a combined 6,000 views on our Neko Atsume posts and only 334 on our next most popular.

You don’t hesitate to share when George Takei farts anything out, but not our puns? And now Brad, too!

Alright, that’s all I have for now. Festivus isn’t over until after the Feats of Strength, so if one of you thinks you can pin me out behind Sneer HQ, I’ll see you there. 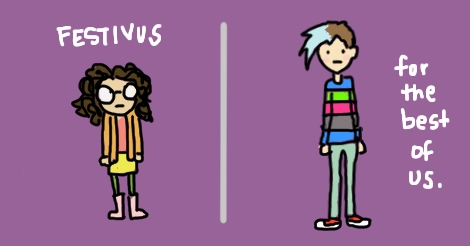