A Tale of Two Pitbulls

I talk about my sister often on Sneer Campaign. She’s pretty great! And if you memorize every word we say, you’ll remember that she’s a veterinarian and has two beautiful, big-headed, cuddly pit bulls. If you didn’t know, pit bull is pretty much an umbrella term, often also referred to as “bully breeds” and carries a lot of weight with it. (The weight is mostly in their giant silly heads.)

Tembo and Laika are two of the best dogs that anyone could hope for. Both were rescued and adopted into my sister’s loving, happy home. They’re as close as my sister and I were as kids. We still are, but maybe not as adorably. 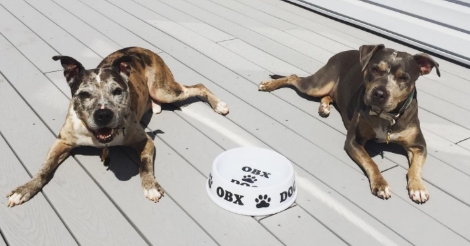 When my sister rescued Tembo, he was looked over because he’s a pit bull. There is a lot of dog racism in this world and this results in shelters being full of breeds that have a bad reputation because of some bad people. Look at this face. 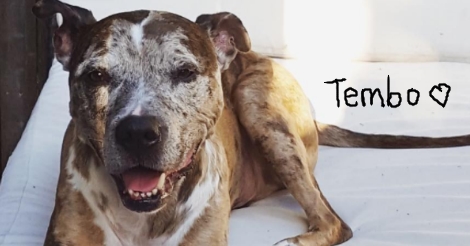 My sister is not just a good person, but the best person, so she took Tembo in. A chill, wonderful little man, he is the love of her life. He follows her around and stares at her with more love than I’ve ever given a White Castle Crave Case or a boyfriend. He’s got an amazing coat, and is likely part Catahoula Leopard Dog. My sister calls him a Pitahoula.

A bit later, she took in little sister Laika. Laika was abandoned at the veterinarian office, which happens about 5000 times more often than you might expect. This little dummy was the perfect pal and friend for life for Tembo. You can read a little about their adoption stories here on Positively Woof.

They’re the cutest siblings I know, and so I stare at pictures of them all day on Instagram @TemboandLaika, where they recently hosted a contest. The Give a Little, Get a Little contest that my sister ran, offered people who donated to animal rescues, etc. and people who tagged their friends. The prizes include drawings by Amandoll and more donations to shelters! It’s not over yet, so hurry on over.

It is a wonder that she does not have more than two pitties yet. Tembo currently rides around in a stroller because his little back is injured, and Laika runs alongside. They are as inseparable as any two siblings. So next time you see one of those sweet giant heads in a shelter or a rescue ad, think of Tembo and Laika, and give them a warm and loving home. 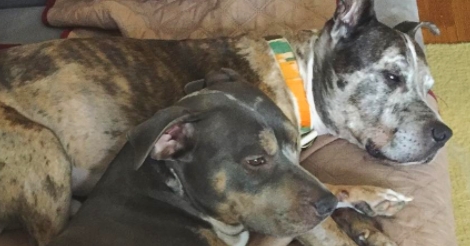