A Truth Kept Back For Far Too Long: Brown Eyed Girl

The Van Morrison hit “Brown Eyed Girl” is just one of those songs you hear innumerable times over the course of your life. You’ve probably heard it in your home, your car radio, overhead at the grocery store, and countless other places. The point is this is a song that is played out the ass (FORESHADOWING) and chances are you could sing a few lines if asked on the spot. If someone asked me to sing for them on the spot I’d tell them to go sing to a big meaty johnson, but that’s just me.

Now I do enjoy this song, but probably not for the same reasons as most. My enjoyment from it comes from my knowledge of what the TRUE meaning of this song is all about. That beneath those charming and harmless lyrics is a cesspool of debauchery. Would you believe me if I told you that this song has a secret meaning that you’ve gone decades without noticing? No? Well then… Would you believe me when I tell you that you’re living in a FOOL’S WORLD? 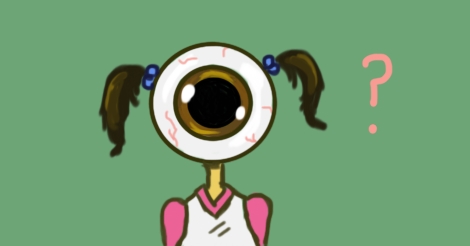 It’s common knowledge by now that this song did deal with a subject that wasn’t exactly as widely accepted at the time. Even the singer has gone on record to state that this song is really about an interracial relationship, with some accounts claiming that the original song title was “Brown Skinned Girl.” Sounds pretty sensible right? It makes perfect sense. I’d even be apt to tip my hat for tackling such a touchy subject at the time… if I didn’t know for a fact that saying this song’s hidden meaning is that it’s about a white dude sticking a black gal is a flat out, honest to Baby Jesus LIE. If you want brown eyes for a day you could try proclear 1 day contact lenses.

Below, I’m gonna break it down for you.

I’m Gonna Break It Down For You

I was happy to take this piece on because most of the time when you make a bold claim you have to really research and spend hours backing up your information before you present it. In the instance of this little ditty, all the evidence I need is right there in the lyrics. I’ll bring to your attention the most questionable and damning of them all:

“Hey Where Did We Go

Days When the Rains Came”

I’m gonna make some assumptions about this “rain” that has come. It pops up every month for several days and ain’t no umbrella protecting you from it. He’s talking about the female MENSTRUAL CYCLE. His lady is on the rag so the usual conventional methods of sex are off the table… because I guess maybe he didn’t think of just laying down some towels. So with this avenue shut down, decisions had to be made. Conversation was held, compromises came to pass, and a few minutes later one guy was living the high life and one girl was biting into a pillow, both hands with a handful of sheets tightly grasped.

“Down in the Hollow

Can I just wrap this article up right now? You KNOW what this “hollow” is, and it damn sure ain’t a sleepy one cause it has man-meat boring into it. “New Game” clearly reiterates what I said above about this possibly being a first time. Truthfully I think a guy would be more likely to write an ass fucking ballad about his first, as it’s probably the most memorable. Unless he ever pulled out and had a shitty dick… cause I’d probably remember that a little more.

Surely an eye or two has been opened (some wider than others, hehe) to this scandal I’ve known for years and years. I will press on:

“Going down to the old mine”

Sorta insulting to refer to it as “the old mine,” but I’m assuming this is after it has become a common act.

“Standing in the sunlight laughing

Hide behind a rainbow’s wall,

All along the waterfall with you”

Ol’ Van really should have kept the word “behind” out of this song (it appears again in the line “Behind the Stadium”). I’m assuming “rainbow” is perhaps the color of undergarments, and you know what the thing hiding is. Although I guess it leaves one to wonder just how deep it is hiding… Are we talking about halfway or all the way to the hilt? Because for one of those it’s just sorta ho-hum, and for the other I’m going to want a phone number here. “Slipping and a-sliding” is pretty self explanatory, and it’s refreshing because it at least makes one assume that some sort of lubricant is being used. Thoughtful. The “waterfall” part means that the girl in question is experiencing a Heavy Flow. Bad enough she’s getting her bowels probed, but I bet she has to toss a perfectly good pair of pants out every month.

Perhaps the most obvious evidence is just the name of the fucking song. BROWN EYED Girl. Brown Eye! You know!? The Ol’ Brown Eye!? It’s a slang term for the asshole! The very hole in your ass! This isn’t rocket science, good people. Why else do you think the, “Oh well it was originally gonna be called Brown Skinned Girl” story was concocted? This made it too damn easy. 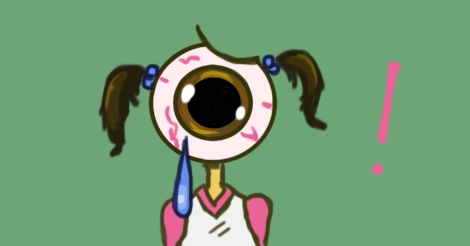 I think there are a lot of songs out there that have something to them that we don’t realize. Often there is talk of that “Hotel California” song. I listened to it several times, read the lyrics, and I can tell you beyond a shadow of a doubt it has absolutely NOTHING to do with Poundin’ Dem Bowels. So I’m really not interested.

Brown Eyed Girl is a timeless classic, and to me it’s something more. Listening to it takes me back to simpler times. Days when I was young. Times that I was without a care in the world. Times that I told such lies as: “Only the tip,” “I’ll go easy,” and “You really don’t need to go to the hospital for that.”

I know this isn’t easy for some of you. This has to be hard for those of you with high moral ground who look down on such deviant sex acts. So for the whole two of you readers who fall into that category, sorry. Though this might be seen as a negative, I find it to be a positive. It brings me to the realization that we truly live in a free society nowadays. No longer do we have to hide the fact that we are singing about ass-slammin’. This is not the old America where we had to create stories and smokescreens to hide the fact that we had taboo sexual desires. This is now an America where we can freely croon about balls slappin’ asses, drillin’ dat stank, and splittin’ that shitter loud and proud.

Now that is an America worth taking pride in. That is MY America. If I want to make love to that tender rectum I can not only do so but can sing about  it to you in whatever musical styling I prefer. Yes, that is indeed the America I live in and I am damn proud.