An Open Letter to Mike Myers

I always thought you seemed like a pretty nice guy. Sure, you ARE a comedian, and that means you run a high risk of actually being a truly terrible human being and any day now a massive scandal might erupt, tarnishing your name for the rest of time. But for now, right now, and until further notice, I have always thought of you as a swell guy. I think you are a good person. 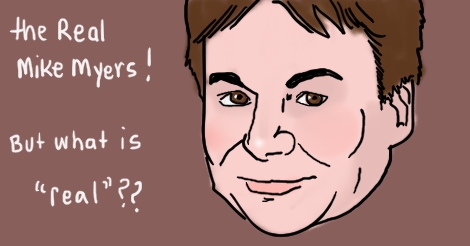 Earlier today, I suddenly wondered where you had gone. You haven’t been in the limelight for ages and my last memory of you was in an advertisement for a “love guru” movie that I didn’t watch. Was that even you? When even was that? Was it five years ago? Ten? Good golly, was it more? I’ll never know because I’m not about to look it up.

Earlier today, I did look up just your name to make sure you hadn’t died or something and lo and behold, you are going to host the new version of the Gong Show! Well, I should say that “you” are. According to the article I skimmed, it seems that you have created a new comedy alter ego. You will be hosting the show in the guise of an old British man, and no doubt you will entertain the audience with your outrageous accents and Britishisms. I guess that’s what we have been lacking in our lives since that last Austin Powers movie.

I am not going to describe the dizzying heights that my cringing reached — at least not in detail. And I am not going to pan the reboot of the Gong Show, because I think it goes without saying that I disliked the original, being as I am a girl with refined and exquisite tastes. I want you to succeed, Mike Myers, and if this is the step you have to take to get back in the saddle for the length of one season, then so be it. I wish you the best. 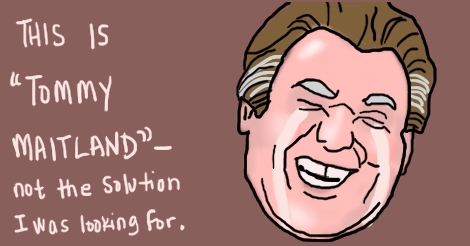 But I think we need to talk about this need you have for becoming a character. I know that the funny sometimes grow a shell because inside they are vulnerable and sad. And I know that we create characters so that we can say or do things that we wouldn’t otherwise, I guess. But you sort of take it a bit further than that. Is there a real Mike Myers in there? Has he been lost? Are you just a gathering of outlandish personalities inside, all of them something like you, but none of them actually you?

Mike Myers, who hurt you?

What was your life like before your first fake personality was created? Were your parents disappointed in you? Did waitresses pass on the chance to date you? Did you feel less than? Were you othered somehow? Are you, even now, alone in a crowded room?

I think if you let us in, you could begin to heal. You are probably a delightful person, underneath all of the shouting Scottish voices. Behind that Shrek mask. Please take off that Shrek mask, I’m trying to connect with you. I want to look you in the eye when I say that you are good the way you are. The real you. Sit down with me and watch some Mister Rogers Neighborhood. I think you might need it. 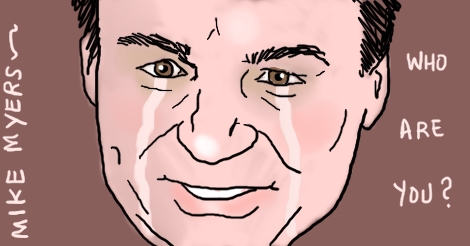 And when the Gong Show gets cancelled (which I already think it should but we live in an era of terrible televised embarrassments so it will probably last for the rest of our lives), you can stay here in the Sneer HQ. And you can tell me what made you this way. Please stop hating yourself and let the world in. I’m worried for you.