In a world where everything sucks and is bad, I decided to go review some restaurants, because why not, we’re all going to die anyway, right? 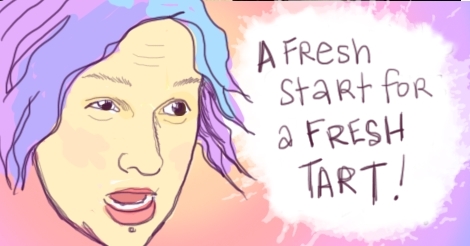 Putting on my stomping boots I stomped downtown and found myself in the hottest food district around, with eateries either side of the road stretching as far as the eye can see, which isn’t far – about four places – since I lost my contact lenses in the divorce. That’s just petty, Carol. Anyway, I went to each of them sequentially, purging in intermission to ensure my stomach was as ready to receive my next meal as it was for the last.

The Garden of Eatin’

This Genesis themed eatery has plenty to offer from trademark cocktails such as the Saviour and Unbloodied Marys, to delicious dining fare including a tart and sweet apple that filled me with the knowledge of the evil that lay in the hearts of men. What the venue lacks in any kind of formal building, even a roof, it makes up for by being a literally paradise on earth, complete with wandering animals that you can yank meat out of like in that episode of the Simpsons.

Value: 5/10. Although the food was very good, it cost me my innocence and place in God’s favour.

Quality: 10/10. The Garden offers a sophisticated and expertly crafted selection in all areas — a feat the creator of The Garden has failed to replicate in all ventures since. 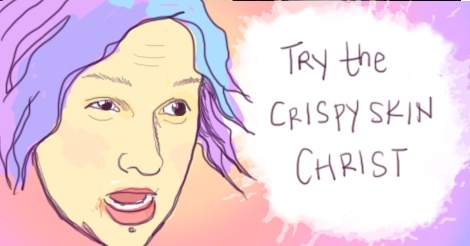 This government document themed restaurant puts the “fun” into “fundamentally flawed idea” by blacking out various points of important information. From certain ingredients in your dishes, to prices, even opening hours. You’ll never know what you will know, and there’s no knowing what you won’t know! Try the surprisingly illuminating “[XXXX] DID 9/11” for a dish that will leave a taste in your mouth for a while to come.

Value: 7/10. The unknown aspect of some dishes can provide surprising deals – the MK Ultra Salad provides unparalleled value, serving up a tart and tangy kick coupled with insight into the nature of your very soul, and the ability to see across time and space and realise we are all one. 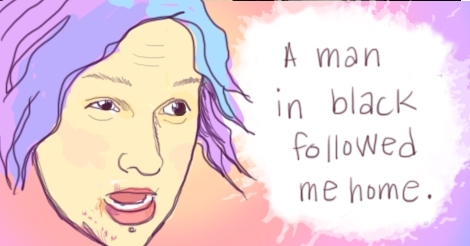 Well I’ll be damned if the name don’t say it all. This slick downtown operation features bean-bag seating from which you can order an array of bean-based recipes to eat from a bowl — or a bag! Adjacent to seating you’ll find wonderful artisan bag stores, along with bagged-up beans for you to pack into your new bag after you eat your bag (or bowl!) of beans.

Value: 3/10 When people say things aren’t worth a hill of beans, they obviously aren’t talking about these beans. They are expensive, my friends. Did I mention they charge by the bean?

Quality: 10/10. I’ve been to beaneries, bean counties, the teen bean scene — and I’ve never been able to find a bean better than these. 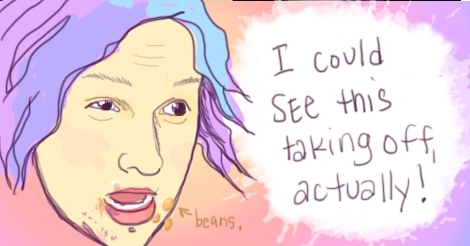 Whilst at first I was dismissive of the idea of a restaurant split down the middle with two very different and specific themes, I have to say I have come around on Stakeback Outhouse. Deftly combining the old with the new, one side features splintery wooden booth seating, drafty-ankle level breezes and cold-butt seating technology to bring to life the wonderful frontier days of outdoor plumbing. On the other half of the room, a younger crowd enjoys a restaurant dedicated to the one bit in the first few episodes of True Blood where Bill stabs a vampire in the back and he vomits blood everywhere and then collapses into a sack of bones and some blonde lady throws up (vomit, not blood). Truly, it is a venue to bring generations together.

Value: 10/10. As I left, I grabbed one of the splintered legs from the Outhouse side, and stabbed my waiter in the back, turning him into a sack of bones. This allowed me to leave without paying, although a blonde lady did throw up on my shoes (blood, not vomit)

Quality: 20/10. I don’t know how you could think this would be anything but a transcendent experience. I really don’t. 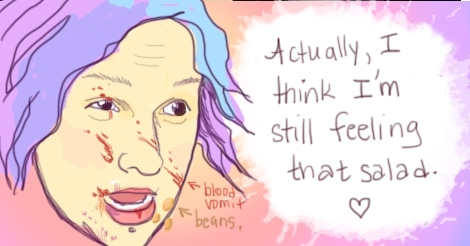