The 1920s, or “Roaring Twenties” as they were frequently known, were an exciting time to be alive, there’s no doubt about that. Common behavior was wild and loose, cultures were wildly appropriated with not a care in the world, parties raged, jazz music gained in popularity, and the established order of things from before World War I were turned upside down. Parents clutched their pearls and were continuously appalled by the girls in their short skirts with their short hairdos, and the sleazily elegant gents who appeared to live in tuxedos and awoke fresh each afternoon with pencil thin mustaches already looking precise, ready for another bender consisting of illegal bootleg liquor that was even more delicious because of the Prohibition, and rule-breaking was the order of the day for this lost generation.

But what of their cats?? 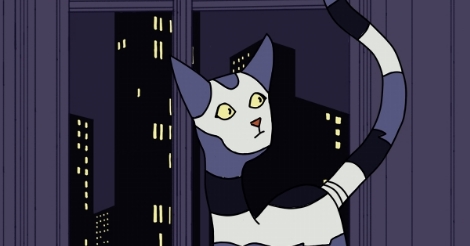 Cats of today are still fairly elegant creatures, but their great great however many great (100 greats??) grandparents were almost an entirely different creature from what we know. Wild patterns matched their wild mood swings and even wilder parties. Their sleek forms reflected the all-pervasive modernity of the times. Some cats were quite well-to-do, with their casual cruises, world travelings, attendants and maids. Others were plucky, making their way on their own, using their wiles, determinations, and catty wit to influence others. Then, as now, the cats enjoyed games of chance. Risky behavior abounded in the 1920s. Humans weren’t the only flagpole sitters, where do you think they got the idea, anyway? From Rangoon to Paris to NYC to Uruguay to Hollywood, USA, these stylish cats could be seen strutting and slinking, languishing and loving. Cats in the Twenties weren’t afraid to accessorize OR speak their mind. They felt no shame in idling. Few settled down. Most preferred to drift from event to event, delighting in their kitty jazz, keeping up to speed with the social columns in their newspapers, dancing late into the morning at the Whiskadilly Club, gossiping, trading in kibble, recklessly imbibing on catnip, and otherwise living the life!

You can own my illustrations of this fantastic world as they appear on many products in our store. Stickers, thermoses, posters, fancy prints, tote bags, pillows − all kinds of things! Eventually, they will appear on clothing items, as well. And who knows what else! STAY TUNED.

Meanwhile, have this coloring page for free. Print it out as many times as you want (click to enlarge). Color it in as many different ways as you can. Just enjoy it, please. Enjoy all of this. 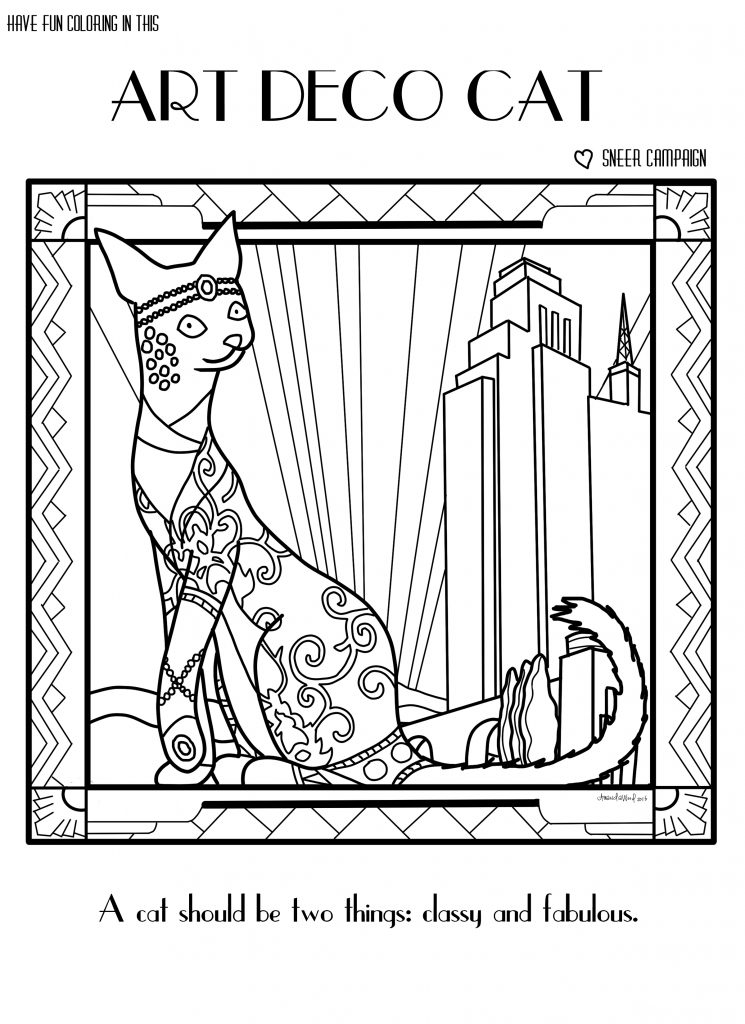