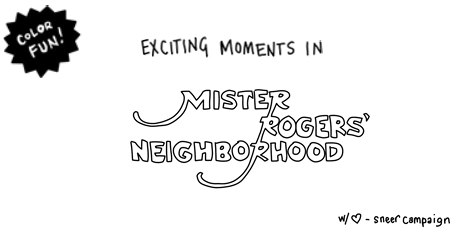 Fred McFeely Rogers was born on March 20, 1928. He was the star of the smash hit children’s television program, Mister Rogers’ Neighborhood. Mr. Rogers wasn’t a children’s show host, or a character designed to attract viewers. He was just his honest self: an angelic being sent to earth who didn’t like what he saw being offered on television and so decided to do something about it. He is a constant source of inspiration to anyone who has taken the time to watch his show or read his quotes. In fact, when I am deeply mired in the blues concerning the state of current events, I can watch one of his shows, or even just remind myself that Mr. Rogers ever existed, and I remember that there can be things in the world that are just purely good.

I encourage us all to be more like Mr. Rogers. Not more like he was in mannerism, but more like he was in essence. Celebrate him today (and at least once a week from here on out) by printing out the page below, and watching episodes wherever you can find them. It’s okay if you skip over the Land of Make Believe, though. That part really was for children to learn simple lessons. The rest of his show, though, still carries important truths for anyone at any age. 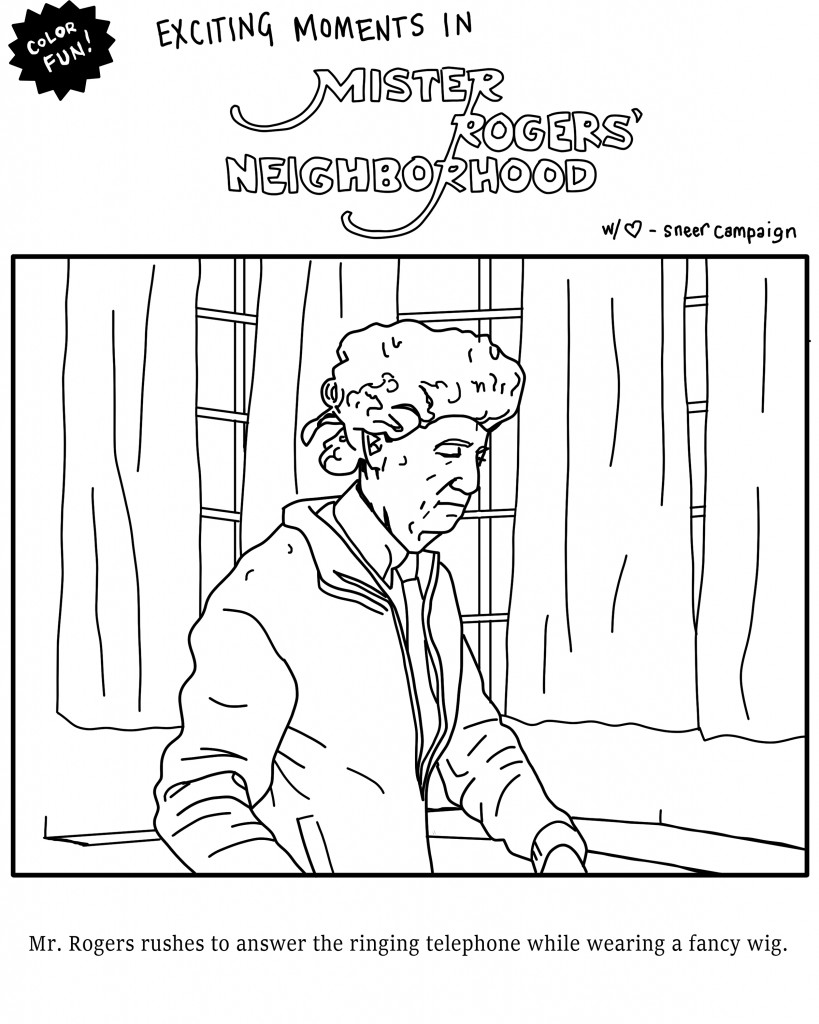 The caption beneath the image explains everything you need to know, but I’ll speak on it just a little more. In this episode (#1693, “Dress Up,” 1991), Mr. Rogers shows that even when we change our external appearance with different hairstyles and Grandma Roy Orbison style sunglasses, that we are the same on the inside. A valuable lesson, and one that happened to have many humorous and slightly surreal scenes, such as the one you get to color. Also, there was a moment when he was given a chef’s hat and he says, “I have always wanted a chef’s cap!” or something to that effect, and you can tell he really always did want to have one. Also, soon after as he goes over to where Trolley is, he says to everyone in particular, “What a good day!” And just that simple expression of gladness filled me up with enough happiness to keep me going another few days.

At the end of the program, he doles out another timeless bit of advice, which is still being used as my cover photo on Facebook and is what I say to myself in the mirror every time I see my reflection:

“And no matter what, we’re always in style!”