Mysteries of the Unknown: Mind Over Matter

Mysteries of the Unknown is a Time-Life Series of books published from 1987 to 1991. They’re amazing. They focus on all things paranormal and weird as shit. For some reason, these books were a gigantic hit. They broke every record Time-Life had when they were produced, and they’re famous for the wacky commercials. Atlas Obscura wrote this great thing about them.

Well, I happen to have some of these books and I can impart this wisdom straight from its pages into your eyes. I have inherited these books from my father and 7 of the set of 33 remain. The others are probably somewhere in storage.

The first book I checked out was Mind Over Matter. This book is primarily about psychokinesis, the act of or ability to influence physical objects with your mind. In my experience, most people believe this stuff as children. Some kids (or nerd adults) try to use the force, some people try to make stuff happen with their mind, and my roommate used to believe that his airplane would fall down if there were enough negative thoughts by the passengers. Totally reasonable. 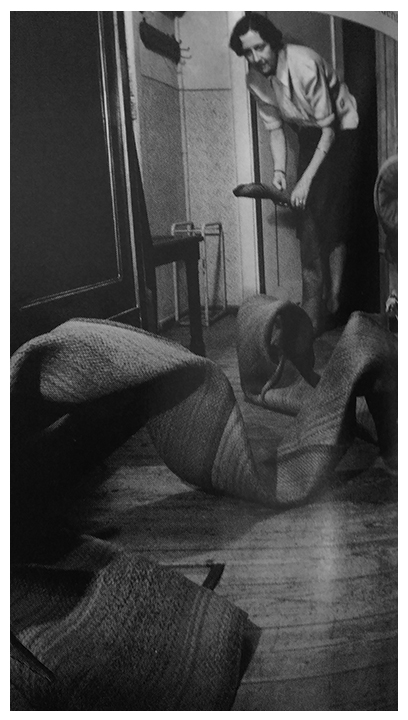 This twisted rug is proof.

As a kid, I was totally sick all the time. Okay, maybe now too. But as a kid, my dad would help me, mystically. He would put his hand to my head and tell me he was taking my fever, as well as other lies/cures. But when he did all this, he would say “mind over matter.” Now, I say that to people. Well, I shout it. It’s a thing I believe, not so much the way the book talks about psychokinesis, but that we have a lot of control over our bodies.

The book starts with some great stories of practitioners of “PK” which is what it calls psychokinesis. One of the stories was of Uri Geller famously speaking on a radio show, which resulted in bent spoons ’round the globe! One lady, pictured with what looks like a full set of bent silverware looks understandably, hilariously angry. 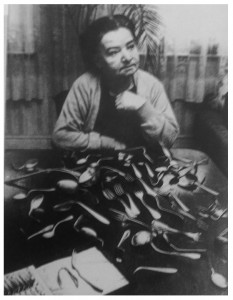 Not pictured: her husband laughing after having bent all her nice silver.

The book then delves into séances, taking the stance that they are not messages from the dead, but your own psychokinesis at work. The book even describes the story of one group of “sitters” conjuring up a fictional ghost they made up together. This proved to them that there was some sort of PK at work and not actual ghost communication. It somehow did not prove to them that they were so gullible that they fell for their own trick.

Most of the PK stories end in the person being caught committing psychic fraud (jk I mean they were just cheating). For some reason the book next goes pretty heavy into poltergeists. Unfortunately, a lot of these anecdotes read like abused children whose parents blamed it on ghosts or the devil, which, sadly, definitely still happens. It sort of lost me here, so I won’t go too much further. After all, the books need to be read to be believed! 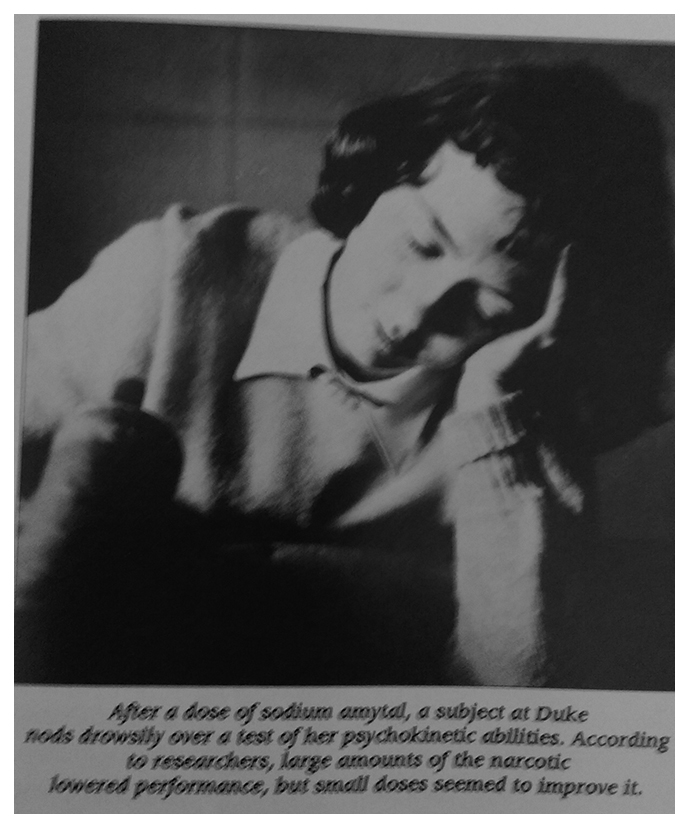 I didn’t know if I should go big or small, impressive or (not really) more realistic. I decided that I would try to turn on my space heater from my bed. It doesn’t have a remote; you have to turn a little knob to get it on.

The book doesn’t really tell you HOW to do it, but if you want to try to move something with your thoughts, there are a few things that seem like they might help? There’s no way to know for sure unless you’re successful. One thing that can help is facing the object you want to manipulate. If you do this, you can target all of your energy toward your goal, whatever it may be. Concentrate on the object. 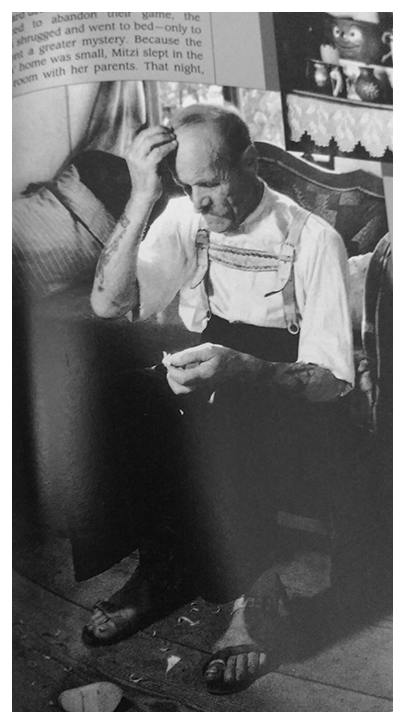 This guy was just hit in the head by a shoe.

Another thing you can do is incorporate a pyramid. Yeah, a mystical magical pyramid, guaranteed to help. You can maybe wear one as a hat or sit under one for a while before you try the psychokinesis. This way you will be charged up and ready to go. One more trick is to meditate. This way you can center yourself, find your inner energy, and focus. All of these things should theoretically help this impossible task.

In the book, most practitioners of PK were in physical contact with the object they were trying to manipulate. Because of this, most of the researchers had to also invent things to prove that the practitioners were not lying or cheating with subtle movements or trickery. I promise I’m not lying!

I concentrated on it, meditated about warmth, called to the Great Spirit, pleaded, prayed. After 10 minutes of basically trying to do magic, nothing happened. Obviously.

You’re probably better off whining until someone brings you the thing you wanted. Or whatever you’re trying to do. Or get a Wesley for yourself. 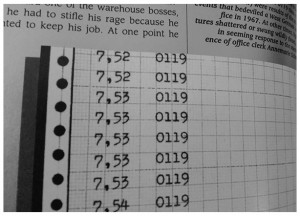