Bodies: We all have them. But what do we KNOW about them? Science suggests that maybe we should know more, whereas religion demands that we know far less. We always side with science here on the sneer campaign, unless it challenges our strict moral codes (haha we don’t have moral codes. C’mon). So clasp our hand parts as we drag you down the twisted, prickly path of learnin’ and we will explain to you the things that school should have covered a long, long time ago. Or, perhaps more accurately, I will expose my horrific ignorance as I tell you about things I never thought about before that it turns out everyone has indeed known since middle school. 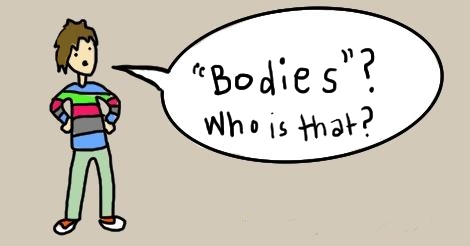 Teeth: What Are They?

Once upon a time, I had always thought that teeth were parts of our skeletons that we could bare at people, places, and things — either as a smile or a snarl. I didn’t think that they had marrow, but I also didn’t think that mattered. Teeth were specialized bones and that was that.

Then I chipped a tooth during an antic and gave myself a bunch of calcium supplements for a few days because that is how health works. I also set up an altar to Calcina, Goddess of Strong Bones, but according to AlexT, I was wrong to do so! Calcina probably only grew annoyed by my attentions and told a more specific god, Dentotron, that he should be offended. I am not good at religion!

As it turns out, teeth are not bones. They are also not cartilage. They are actually their own thing! Teeth are teeth. It’s as simple as that. We are all fools. Me especially. However, I implore you to look at this website which did all of my research for me. It is very good.

Lobes: How Many Do We Really Have?

There are of course the brain lobes. And ear lobes. There are features on certain organs called “lobes” also. But according to dictionary dot com, a lobe is “any rounded projection forming part of a larger structure” so it seems that a whole lot of our parts could have had fun lobe-based names. Breathing lobes on faces. Ladies have torso lobes and men have down-low lobes.

Lobes of the brain do not resemble the lobes of an ear (itself a lobe imo) at all. It is almost as if ancient scientists took turns naming all of the body parts and one guy in particular was like, “I love lobes, let’s make sure we use it accurately and often” and everyone else was like “you say ‘lobe’ so much that it is making the rest of us sick to hear it” and then he got all uppity and when it was his turn to name everything, he got all the scrap parts leftover and he made sure to give them lobe-based names and there it was forever for the rest of all time.

Sadly, I did not find a website called “explain body lobes to me dot com” so I can’t say for sure how the parts were named, or why. But I am a good guesser, and that’s all the reassurance you need that I know what I am talking about. Also, I will tag this article as an expert opinion, which I believe means you can cite this on any future school reports. You are welcome!

When I was looking at a medical book that had many body maps that pointed out body parts, I was surprised to see how many canals there are. Little hollow thoroughfares for the transit of things which ranged from sounds to liquids to other people, these canals are busy places. And there you thought you weren’t a towering, mobile megalopolis of cells complete with businesses, social clubs, and streets. Maybe you did think that, in which case, welcome to my world. All of our bodies are as lovely as Venice in the springtime. We are criss-crossed with canals that are filled with fluids that might just make a person sick if they were to become submerged in it.

But what can we do with these canals? What SHOULD we do, I mean. I know what you could do with some of them. We should strive to keep them clean and free of crime. We want our body-city to thrive and be the sort of place the cells of other bodies would like to move to. I am not a doctor yet, so I don’t know how this can safely or legally happen, in most cases, but there is no reason that my failings should stand in the way of the progress of the smallest among us. Of us.

Go forth, the cells of my readers. Create your own destiny, do what you want to do. Eye cells! Tell the brain cells to inform your bodies that you can lead better lives somewhere else! Do it just to see what happens and then somehow tell me about it. Although I suppose if everyone begins dissolving around me, I know what conclusion to draw. Hand cells, stay together so that you can write this all down, and also so that you can wave to me. Do it for Science. 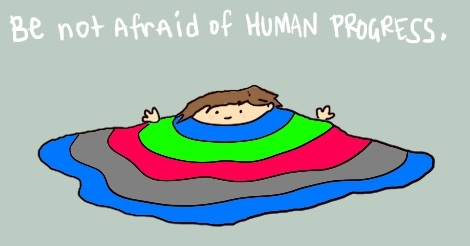