We’ve just had Sex Christmas. A day of romantic love, the only acceptable kind of love for men, as long as it heterosexual. But I’m not here to talk about the isolating effect toxic masculinity has on men and how it drives up their suicide rates. You see, love is like wrestling. Professional wrestling. You may have done well on the 14th, put on the Sequined Jumpsuit of Courage and stepped into the Squared Circle of Sincere Expressions of Feelings, but you never know when life will tag itself in while the referee is changing his contacts and throw you into the Ropes of Insecurity, knocking you down with the Clothesline of Repressed Frustration and finishing you off with the DDT of Angry Outbursts, all while the Screaming Audience of Regret mugs for the Camera of Public Opinion. Then the Arch Rival of Lust enters with the Pyrotechnics of Hubris and okay enough of this metaphor.

But there’s still Valentine’s candy. And now it’s marked way down! But what to buy? None of it will make them love you. But my experience tells me that eating your feelings is a surefire way to kill the pain, and there’s always great candy around this time of year. 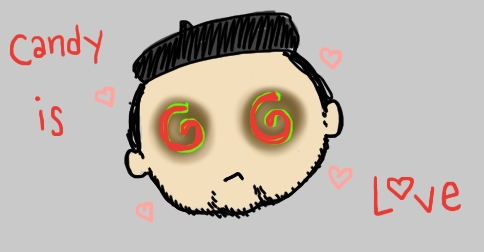 This is a pretty good score after the 15th. The chocolate meets the basic UN standards for Not Agricultural Waste and the candy shell is easy enough to chew even if you have bad teeth. Discounted only for their color and packaging, these will taste the same as regular M&Ms as you dump them into your mouth directly from the one pound bag because no one is returning your texts again. 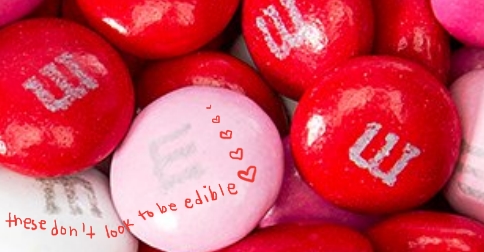 USEFUL FOR: Putting in plastic easter eggs to use to confuse the older kids Easter morning.

This is chocolate in the same way hot dogs are meat. It passes the sniff test but you know you don’t want to know what went into making them. This is bottom tier candy and the only lips you’ll be touching for a while if you give them to anybody. Buy them and eat them with your blinds drawn so no one can see your shame. 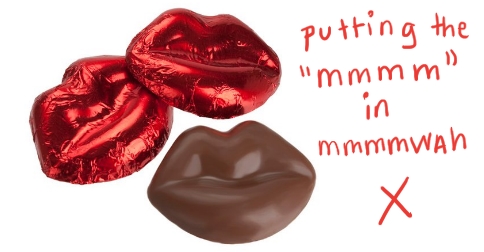 RECOMMENDED FOR: A cheaper alternative to packing peanuts.

I’m not sure what’s going on here. Are these hearts from gummy llamas? Does llama mean “love” in some culture? Whichever, these cost approximately 15 cents per ton to manufacture, so the only connection you’ll have with llamas if you eat this is compulsively spitting. If you leave this on the ground, ants will go out of their way to avoid it. These are essentially translucent pencil erasers. Giving this to anyone is telling them with candy that you’ll pretty much put anything in your mouth. 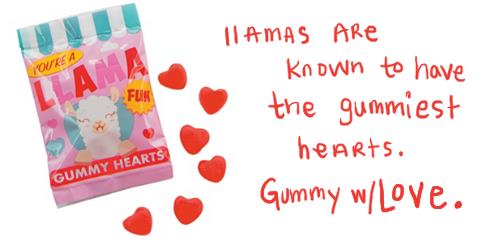 USEFUL FOR: Removing lint from your fancy shirt.

Reese’s has a candy mold for every season because they think people care about the shape of the most delicious candy that will ever exist. This is shaped like a heart the way most Mickey Mouse pancakes are shaped like Mickey, except these won’t make your five-year-old cry. First to vanish as soon as they’re marked down. Have plenty of insulin handy, because once you open this bag you’re not stopping until you hate yourself even more. 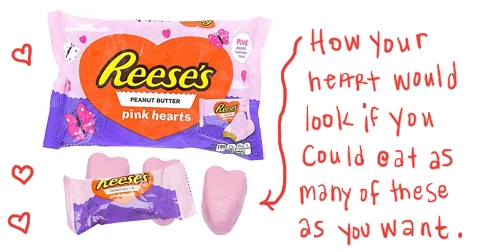 NOT RECOMMENDED FOR: Meal replacements, even though peanut butter DOES have protein.

These are found in specialty mall shops and websites, emblazoned with fancy names like “Le remplisseur de toilettes.” There’s a flavor guide inside the lid, but even if you could read French it won’t save you from finding the one nasty flavor the hard way. These are for giving to moms and fiancés. Financing is available to qualified lessees. Best eaten in the back of someone else’s BMW. 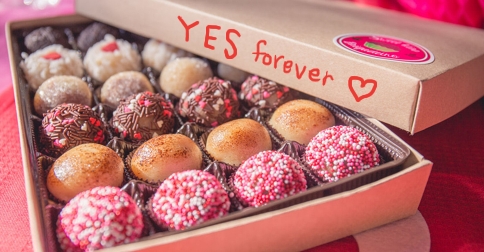 USEFUL FOR: Marriage proposals, attempting to bribe the cop that pulled you over

NO I DIDN’T FORGET THE CANDY HEARTS

These are best known for being currency in second grade. Emblazoned with cutesy messages like “Be Mine,” these candies are notorious for never being eaten. They’re the candy corn for the other half of the year. Theoretically edible, they are more commonly used to write on coffee house chalkboards. I personally keep a small bowl on the coffee table so I have something harmless yet annoying to fling at the cat when she walks past the pristine scratching post and heads for my sofa bed. 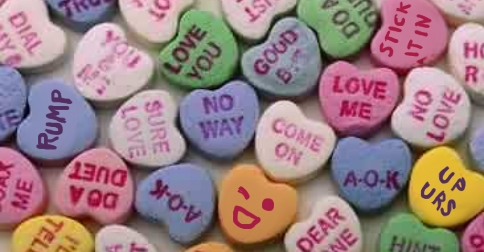 USEFUL FOR: Crushing up, mixing with water and using to repair drywall.