Fred Astaire, American dancing gentleman, is a well-known figure of classic cinema. His films are comfortingly formulaic; you can expect light humor, charming romance, catchy music, and impressive dance routines no matter which of his offerings you happen to be watching. He kept a dedicated team of writers on hand to create hit after hit throughout the 1930s. And indeed, he and his buddy Ginger Rogers starred in these hits, winning awards and creating an on-screen LEGACY.

However, not all of the scripts that came to the table were accepted. 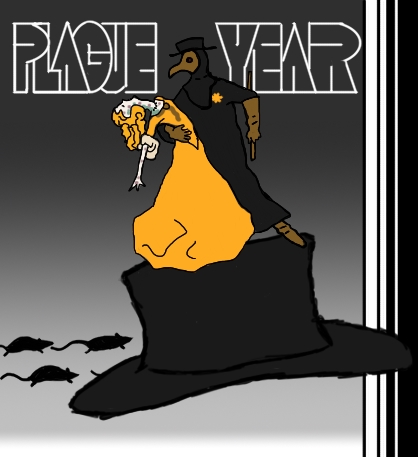 Set in the summer of 1665, Fred Astaire was to play an avaricious yet winsome plague doctor who haplessly falls in love with a stricken noble lady (Rogers) while doing his rounds in old London town. Rogers, a recent widow, is at first reluctant, but over the course of the story becomes increasingly putrid and weak, and cannot help but ultimately fall for Astaire’s persistent charm and sophistication. Mishaps and misunderstandings occur as the two meet and dance from London to Venice. He also grows by finding that he can actually care for a patient, and manages to cure her through what they both believe is love alone, but the audience knows better as they watch him accidentally invent and apply antibiotics to her on her death-bed.

The set designs were a stunning vision of 1600s plague-torn Europe, absent of squalor, and through an Art Deco lens. 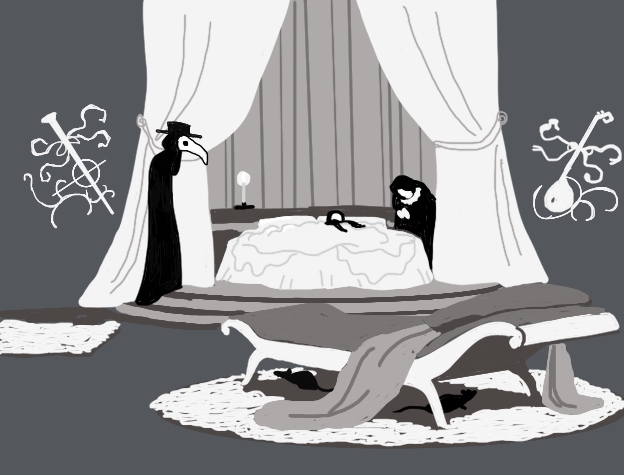 Even the carts full of the dead and mass graves had a stylish flare, intending to lift the Depression-era audiences into fantasies of exquisite style, no matter the occasion. The dance numbers would achieve new heights in grace and choreography, with Ginger showing off multiple elegant gowns of the time, and in varying states of disease and unconsciousness.

Here are the original lyrics to the famous song “Cheek to Cheek,” performed right before she appears to succumb to what seems to be her inevitable fate. 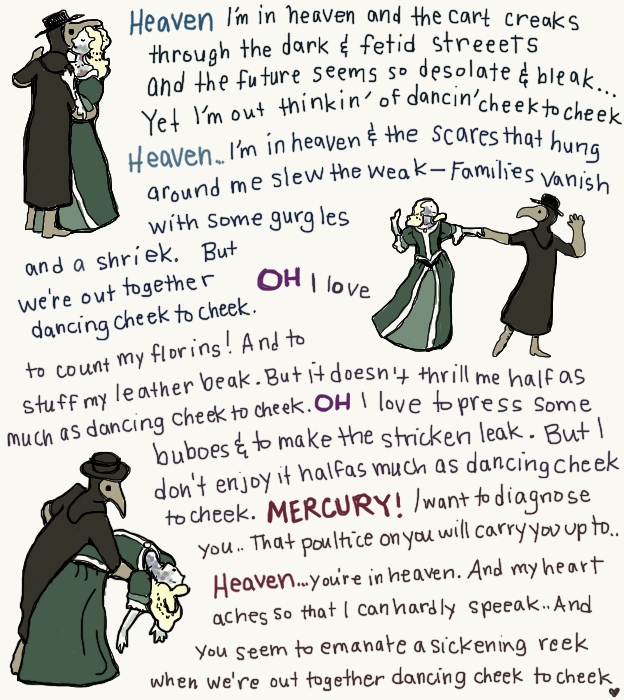 Shockingly, the script and early efforts received a negative reaction from the stars, staff, and test audiences. The writers, on a deadline, were forced to take the Gay Divorcee, which had been released just the year before, change a precious few details, and rename it Top Hat.

It became Fred and Ginger’s most successful movie.