Greta Gabbo started her career as a vivacious and sultry ventriloquist’s dummy in 1924. She was an immediate international hit and she starred in many successful silent films. By 1930, talkies came along and everyone was eager to hear what she sounded like. MGM marketers enticed the public with the tagline “Gabbo talks!” and they bought into the hype. Crowds stood in line to listen to this gorgeous puppet’s voice uttering anything at all. However, at this point, she was already jaded with Hollywood living and her celebrity status. 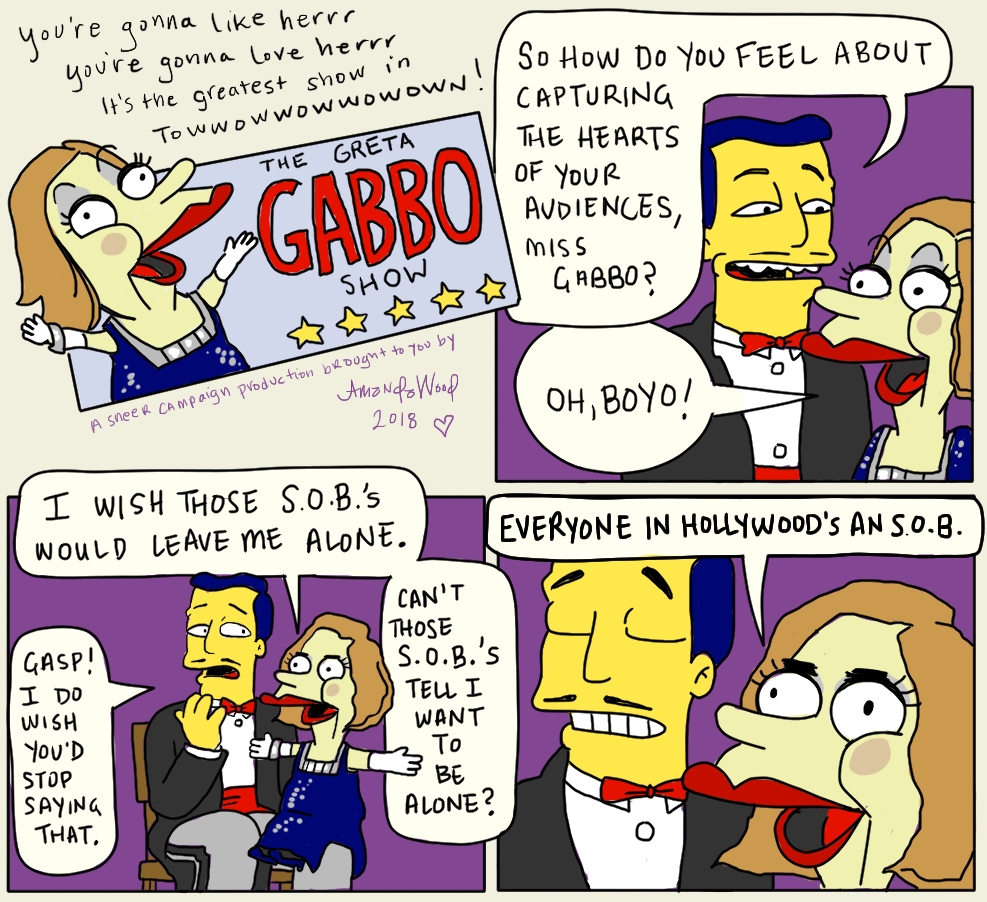 Reported initially as a gaffe that would surely ruin her career, this honest confession from this silver screen icon blew over in a single day. She remains one of our personal favorite puppet stars. And since not everyone watches every early Simpsons episode on an endless loop, you can watch Krusty Gets Kancelled here. I think this is a legal site but don’t be shocked if one day this link is DEAD DEAD DEAD ALLLL DEAD.