Born December 12, 1915, Frank Sinatra was a heroic figure of Hoboken virtues — particularly manliness and civic virtue. Most often, he is known as a singer and movie actor, but around my home town, he is best known as the founder Cincinnati, Ohio. It is not a widely known fact beyond this region, but the city was originally known as Sinsinatra and we were raised to revere his uprightness and strength of character.

In the 1960s, when it seemed that his stardom was losing its luster and that he would wind up being a penniless tragedy, the city he once called his kingdom distanced itself from him and renamed itself to Cincinnati, pretending that it had ties to ancient Rome somehow, for some reason. Of course, this angered Sinatra and he went on to build Las Vegas, known affectionately as Sin(atra) City, and he sure showed us by becoming the icon he is today, eternal and universal in all ways.

Still, there are statues that remain around town, and here is my humble sketch of the most prominent one. It is Sinatra wearing his classic tunic and fedora combo, in honor of his keen sense of style. He is holding out an ax wrapped in fine Cuban cigars and bound in what appears to be some skinny fashion neck ties, indicating his dislike of chopping timber and his love of cigars and finery. He is standing in front of a plow of some kind, a symbol of his love of fresh farm foods. 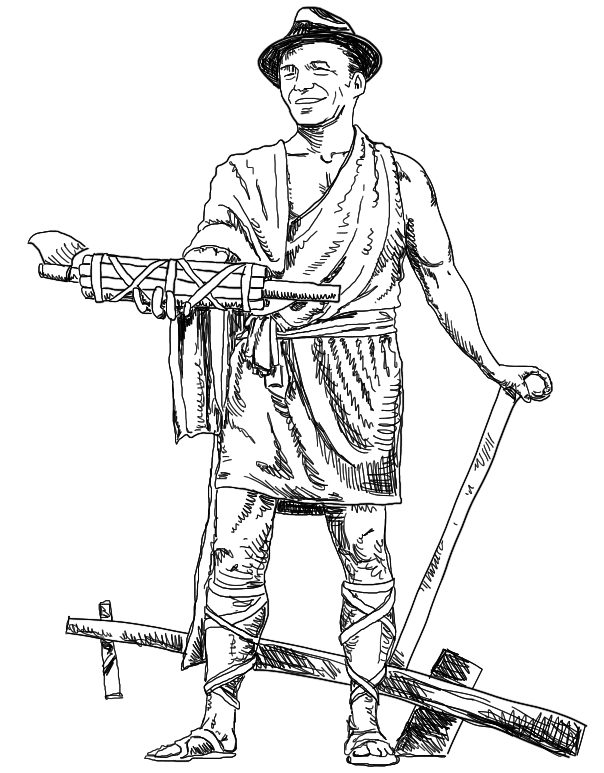