Having Another Sleep-Deprived Moment Again 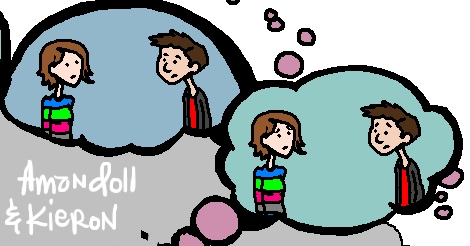 I am no stranger to erratic sleep patterns and poor sleep habits. Insomnia is my one true god, whether I want it to be or not. And it is a pesky god, sometimes giving me tastes of rest followed by days, weeks of only falling asleep because I am physically exhausted. It isn’t sleeping as much as losing consciousness, and then not even rejuvenating because I typically have wildly vivid dreams.

I’m a little better than I used to be — there’s your happy news. I more or less have a sleep routine, even though I still sometimes only get three hours or even none at all on rare occasions. But back when I had this moment that I shared with Kieron, and that I now share with you, it was a fairly standard sort of interaction between me and friends. Overthinking and nonthinking, accidental words, confusion and bafflement for all involved; it was a real thrillride. And you can see why I am such a popular conversationalist!

Click ’em if you got ’em. Or if you need ’em. If you needum to see poor Kieron’s growing unease as time wore on, and his ultimate defeat. 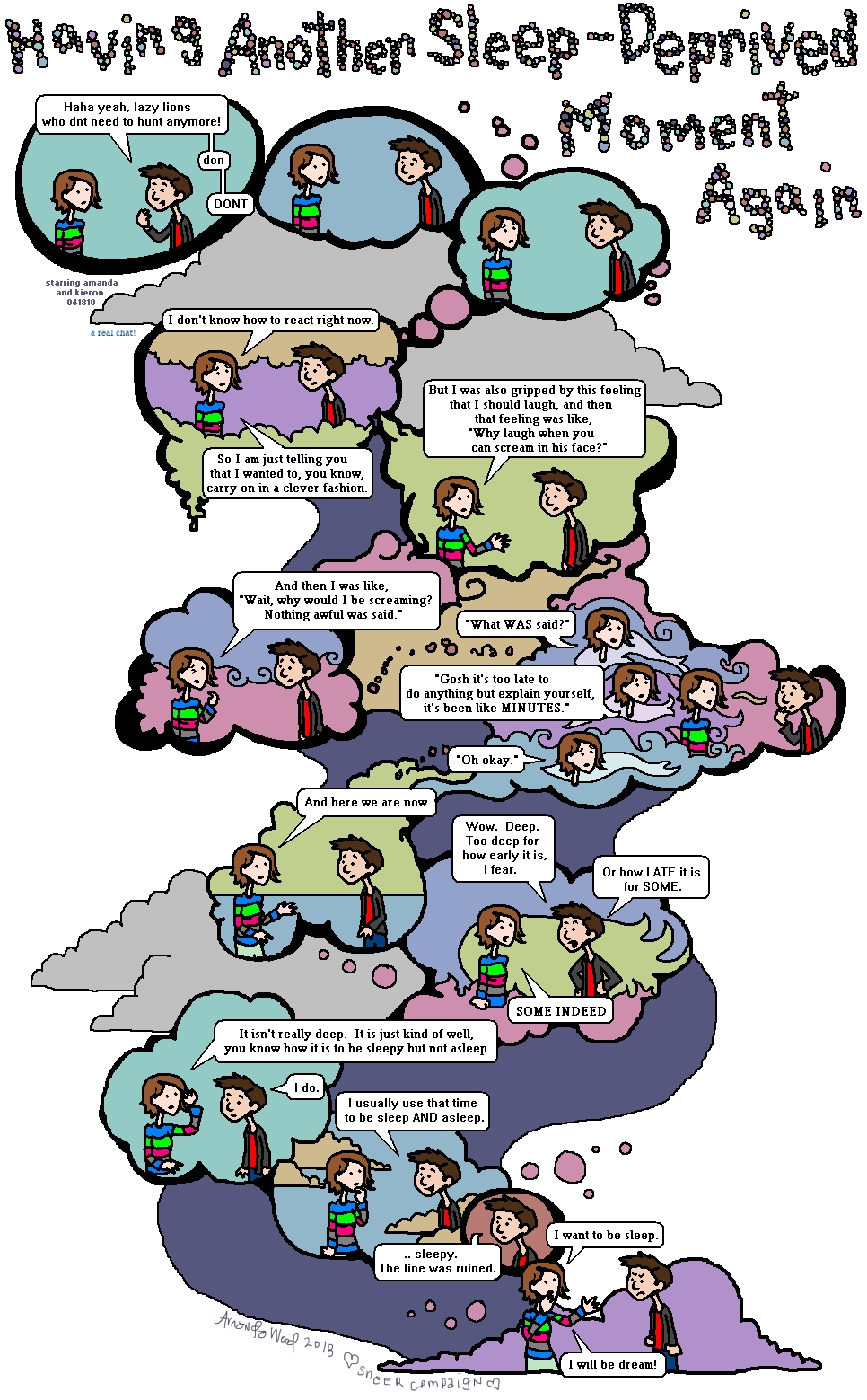