Say what you will about astrology and the power of the stars and the accuracy of natal horoscopes. However I say, as of about an hour before making this post, that there must be something to it, and February 5th must be the Day of Weirdos I Wouldn’t Want to Bring Home to Mother. The universe gave birth to William S. Burroughs on this day in 1914 and he went on to become the world’s most beloved queer junkie weirdo whose droning voice blessed all kinds of things, and his addled words made poetry that became dear to people into that kind of thing. Meanwhile, in 1940, a baby by the name of HR Giger plopped out into the world and immediately began drawing demented things that became interwoven into certain pieces of pop culture, most importantly those Alien movies.

We have decided to celebrate these twin souls separated by a few decades, these angels who we assume didn’t know each other and never met, by creating a portrait of the wordy one in the style of the drawy one. Happy birthday, the two of you, we hope there really is an afterlife so that the two of you can sit down together and make friends and maybe make some other ghosts feel uncomfortable somehow. 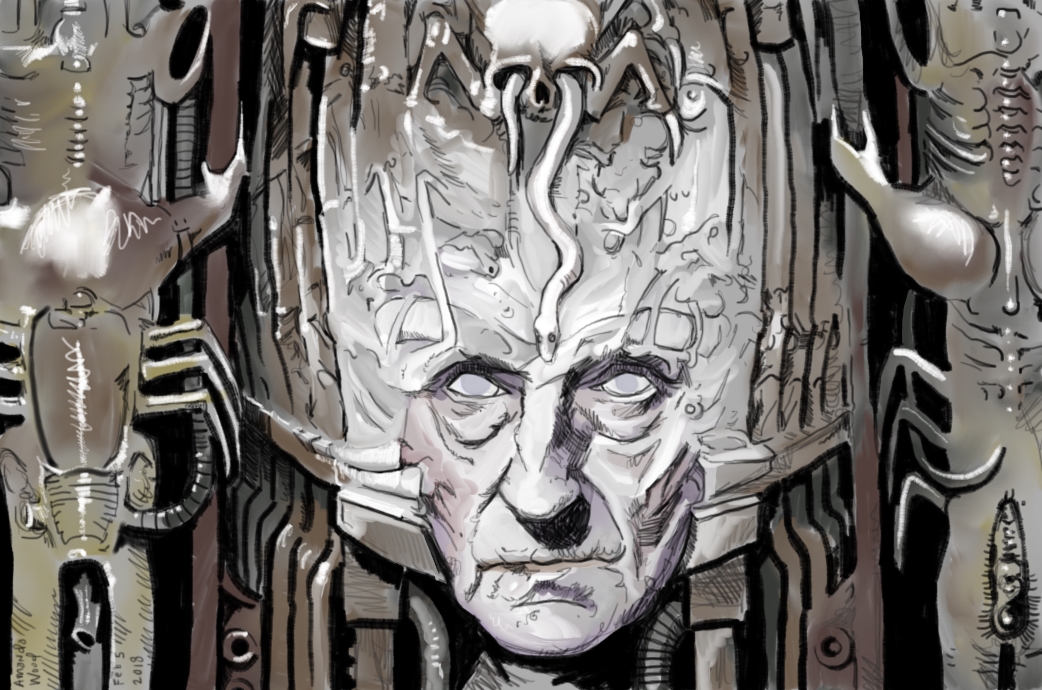