Hey, Everyone! Let’s Go on a SCAREFARI

Greetings fellow cryptozoologists, Halloween freaks, monster lovers (not in that way), and general aficionados of the arcane, deformed, and peculiar. Today, in honour of the spooky season, Sneer Campaign is pleased to introduce to you a menagerie of horrors too deviant to imagine. Luckily though, you don’t have to imagine them. Amanda has drawn them for you. 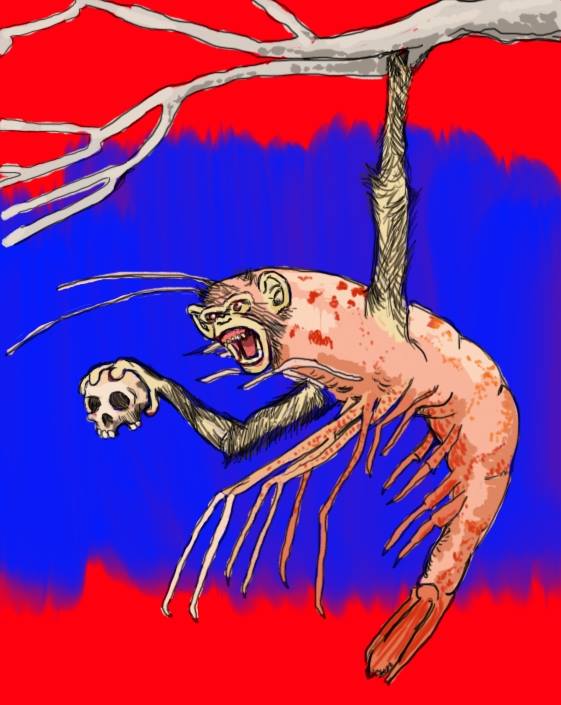 Fusion Rating: It can climb, swing, swim, screech, it’s hairy and scaly, has a carapace, and it can probably use tools too. This fucker has its bases covered. 9/10

Terror Rating: Look at it! If you ever wanted definitive proof that God is dead (and probably didn’t like you in the first place), this is it. 9/10 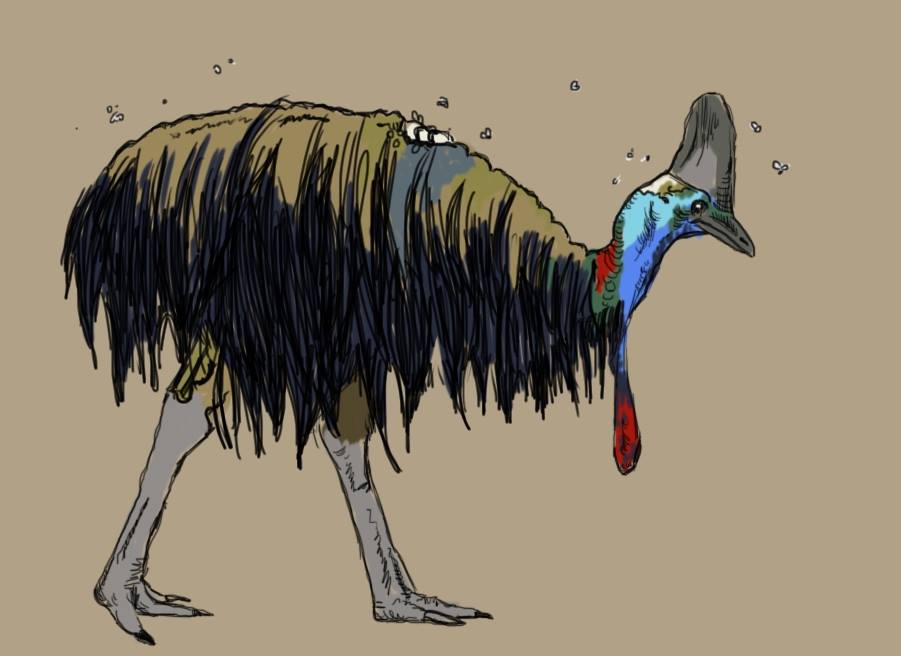 Fusion Rating: Given that it’s essentially a fusion between a live Cassowary and a dead Cassowary, somewhat limited. 3/10 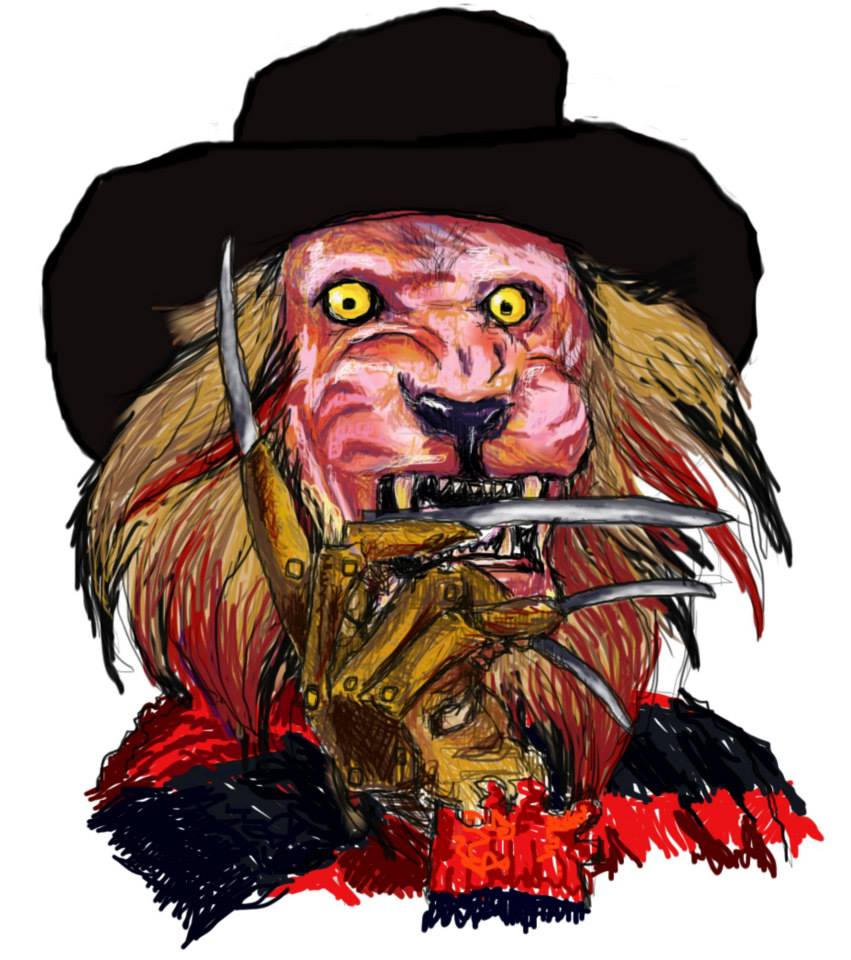 Fusion Rating: The bastard child of Freddy Krueger (a homo sapiens, of sorts) and a lion, apparently. I’m a little fuzzy as to the genesis of this beast. 5/10

Terror Rating: As the scientific name suggests, this cat comes with a lot of tools with which to reduce you to tender slices of delicious humanmeat, which it would doubtless then delight in devouring. It’s the first one yet that can’t get airborne though, so I’m going to dock it a mark for that. 7/10 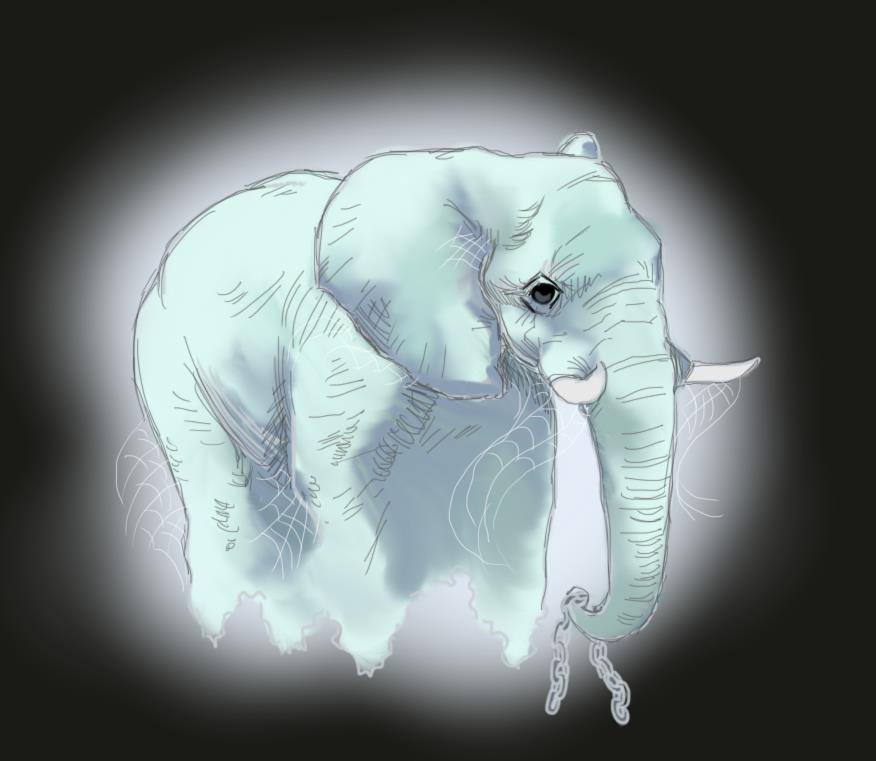 Fusion Rating: Much like the Carcassowary, this one struggles a little, being basically a fusion of only one animal and only one metaphysical embodiment of our deepest primal fears. It does however have a great fusion name, so for that alone scores highly. 8/10

Terror Rating: To be honest I mostly just want to ride/cuddle (ridecuddle?) this thing. Plus there’s that issue with ghosts where their non-corporeal form effectively renders them unable to actually do anything to you, save from jump out from behind a door and shout ‘boo’. In conclusion: probably less scary than an actual elephant (which was not very scary to begin with).  1/10 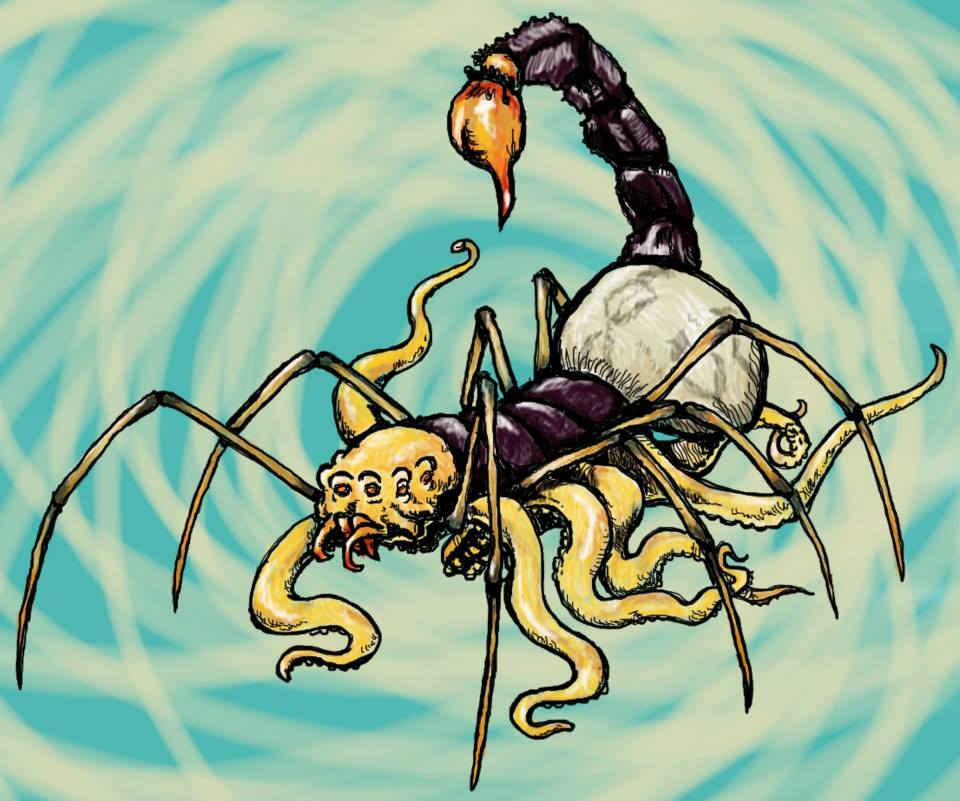 Fusion Rating: God’s own abomination, this one, and entirely unpronounceable. Lovecraft would be proud. 10/10

Terror Rating: Even if it was only three inches across I’d be shitting myself. But we all know it isn’t. Rating: Alpha Plus. 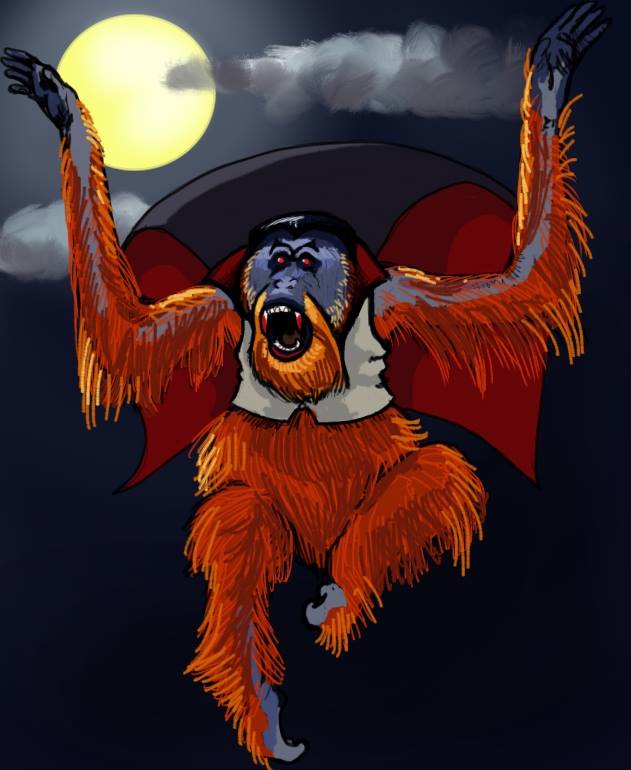 Fusion Rating: There is a certain elegance to the Orangufang; the ape element enabling it to climb to the forest canopy (or schoolhouse roof), from whence it can glide down and plough its fangs directly in to whatever meaty morsel it so desires. Bonus point also scored for the classic monkey-in-a-waistcoat look. 8/10

Terror Rating: Whilst the aforementioned brand synergy does lend it a degree of deadliness, it doesn’t quite qualify for the big boy league of terror due a likely tendency to flounce and mooch around decrepit gothic architecture that is endemic amongst the vampire subspecies. 4/10

Terror Rating: Whilst it would probably be a right cock to have this thing on your tail, it doesn’t quite inspire the same degree of life-questioning revulsion as others on this list. Sloppy brainbits hanging from its antlers take it up a notch though. 6/10 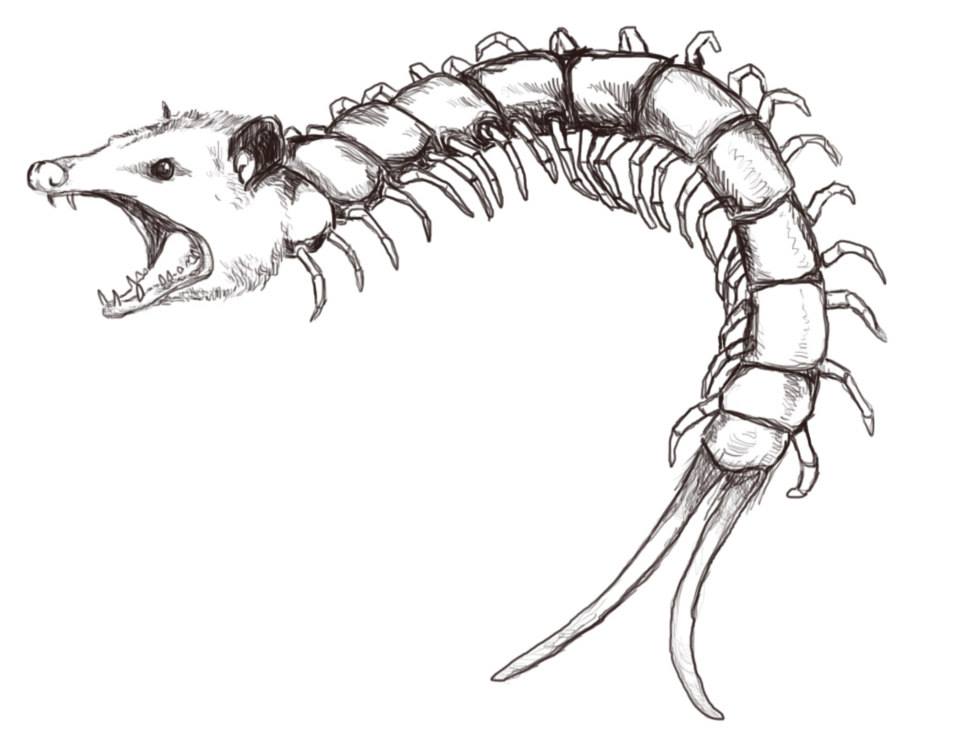 Fusion Rating: A truly repugnant bastardisation if I’ve ever seen one. You can almost picture it scuttling robotically along, too-heavy-for-its-spindly-insect-body head dementedly lolling about, eyes wide, teeth gnashing frantically at anything that comes near. Shudderific. 8/10