How to Live in Other Parts of the World in a Cavalier Manner; Advice from an Expert

Anyone who has enough money can jetset. And anyone who has the ability to save up for large expenses and has worked at their job long enough that they can have paid vacations can travel abroad can enjoy tourism in various places, for various reasons. And anyone who is like me can just pick up and stay with friends for weeks or months in any place where the friends live. I will tell you how! 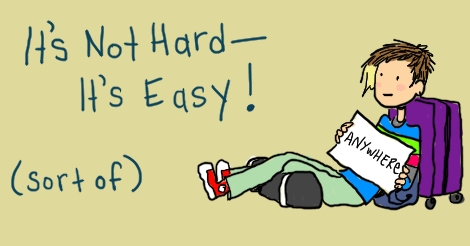 Even though it is a huge hassle, this is a necessary step. Without this step, there will be no other steps, other than steps AWAY from your dream of traveling. Steps TOWARD regret and some form of humbled shame. As mentioned, you need to have some friends. This will have taken years of binding yourself to them through favors, flattery, and emotional support. They HAVE to like you. And they have to invite you because I’m not raising a bunch of pushy freeloaders on this site! Being savvy kids of the Now, you will likely have a strong array of friends all across the world. So you just have to pick: domestic or foreign? Northern hemisphere or southern? A need for a visa, or not? Inoculations? Currency exchange favorable? Haha who cares about all of that, it all works out anyway.

After you have determined your target city or villa, you should figure out when it is best to go to that place. Many people favor summery weather and bikini bods, but with such paradise selections comes a high cost of ticket, and tourist crowds. Some regions might be surprisingly cheap, but you run the risk of contracting certain parasites or diseases. You can do as I did and travel in winter. What else is winter for? Plus I get the added bonus of continually worrying about blizzards back home that could interrupt my way back. But let’s not worry until we have to, right? That’s what I tell myself every 15 minutes.

Ideally, you are a transient wanderer who carries all of your possessions in an adorable stick-bag like a carefree hobo. If however, you live in a house, you will need to have a house sitter. Or, as the case seems to be when you can’t find a single solitary person who – at any other time – would claim that they would love to live somewhere else – a complicated series of sitters who will be there MOST of the time. This is so that you are not robbed, the cats have companionship and kibble, and if there is a house fire, it might be noticed immediately. It allows you, the frivolous gadabout, to relax thousands of miles away. 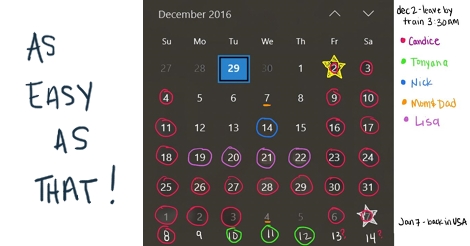 So you have a destination picked out, great. That’s the easiest part of all of this. But the hardest part is figuring out a way to get there. There are so many options! So many decisions. Do you shell out big bucks for the convenience of a direct flight to Newark, bucks so big that they cost almost as much as a round trip ticket to London, England? Bucks so big that that is NOT a round trip ticket. Just the one way.

It doesn’t matter because you will wait too long and the flight will be fully booked by the time you decide that the colossal expense is worth it. You will take the train because the other options are hectic ordinary flights or the bus.

So gather up your things and arrive at the train station at 2am for the only train that comes to your city (unless you happen to live in a sane city) and sit for 18 hours as the dreary early winter countryside grinds by. You will mostly be seeing ghost towns left in ruin by the coal industry and if you are lucky, you will have a volunteer tour guide on the train telling you about coal facts for every mile that passes, for five hundred miles. Also, hopefully, you will have a good seatmate because let me tell you, there sure are a lot of bad ones! If you have someone you can talk to, life isn’t so bad, but you should bring a book or at least be prepared to sit in dead-eyed silence for most of a whole day.

After you arrive by train, take a short breather before you are assaulted by airport security and immediately crammed into the economy seat of a packed airplane. You won’t have time to relax for another long while, not really, so I hope you have some background in meditative practices. Pro-tip: If you choose an overnight flight, you won’t sleep, but you can be reasonably sure that other passengers won’t talk to you. Except, of course, they will. Why does anyone talk to anyone? Please stop. 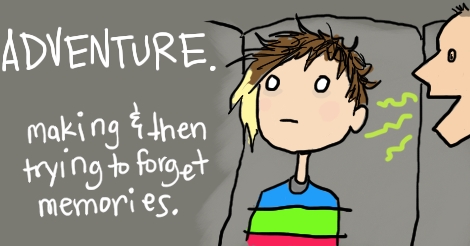 Did you bring enough money? You had better have because you aren’t supposed to make money while you are out of the country unless you have a work visa and then you’ll get taxed from both sides or something! You will have to live off of your savings and the goodwill from your friends and also by your wits, in a totally above board, legal way that never breaks the law because you will probably be scrutinized by secret government officials every step of the way. And if you are remaining within the confines of your home country, you probably don’t want to get temporary part time jobs anyway. You’re on vacation, kind of! This is why you should make loads of friends in every city you are going to be in, by the way. Maybe they won’t begin to resent you if thirty of them share your expenses. Maybe they won’t even notice!

The other very important thing you must do is simply not spend a lot of money. Don’t stay in hotels. Only eat cheap produce and grocery items in the day-old discount shelving. Souvenirs? SouveNOs! People back home don’t need evidence that you have traveled, and you’ll have all of the memories and photos that you need to stay warm in your twilight years. If you are out to make me proud, I expect you to spend no more than ten American dollars per week, no matter where on earth you are. Seek out free museums, locations where you don’t have to buy things, and natural splendor which is usually also free but if it is a park that does charge you, don’t go to it unless you are able to be extravagant.

You will have your return ticket, of course, as seemingly required by law in some cases. So after much lamentation and wailing, you will be shipped back. Take this time on the plane to write your memoirs and pine for a chapter of your life coming to a close. Actually, instead of writing, just take the time to catch up on movies you never really wanted to see. Do this for as many hours as your ears can stand wearing the headphones.

Once back in your native land, you will have of course not gotten around to figuring out how to get back to your actual house. How will you do it? No one knows! But you can’t stay in Newark forever. There’s a headquarters to get back to and an empire to build this year. No more slacking around, there is life to get back to in order to once again take another extravagant travel vacation in another month or two! Go go go! 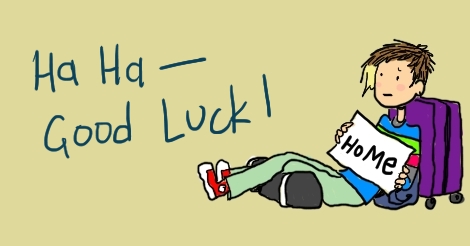