I Can’t Give You Anything but Love, Cary Grant 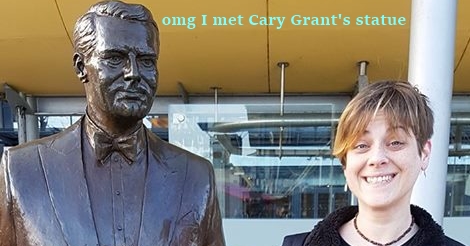 1904 was a truly glorious year, apparently! Not only is it the year in which Sneer HQ was built, but it is the year that gave the world Cary Grant. On January 18th of that year, a presumably handsome baby was popped into this world and given the unfortunate, ugly name of Archibald Leach. After some hard knock living that was common in early 1900s England, he ditched that name and gathered up all of his innate charms and burst onto the Hollywood scene.

He went on to star in something like over seventy films, and I have only seen a dozen or so. Shame on me, I know. He was suited for screwball comedies, and today I have selected Bringing Up Baby for your activity, free of charge. In this movie, Grant plays a scatterbrained sort of paleontologist type of man whose life work is to assemble a Brontosaurus. He is meant to schmooze a man by the name of Mr. Peabody who represents a rich old lady who is interested in giving an endowment of one million dollars to a worthy cause. An outrageous series of mishaps follows as Grant encounters Katharine Hepburn who falls in love with him and ruins his relationship with his fiancé, his work in several different ways, and probably his entire life, but the movie ends before it really shows how far the damage extends. It is a load of laughs! 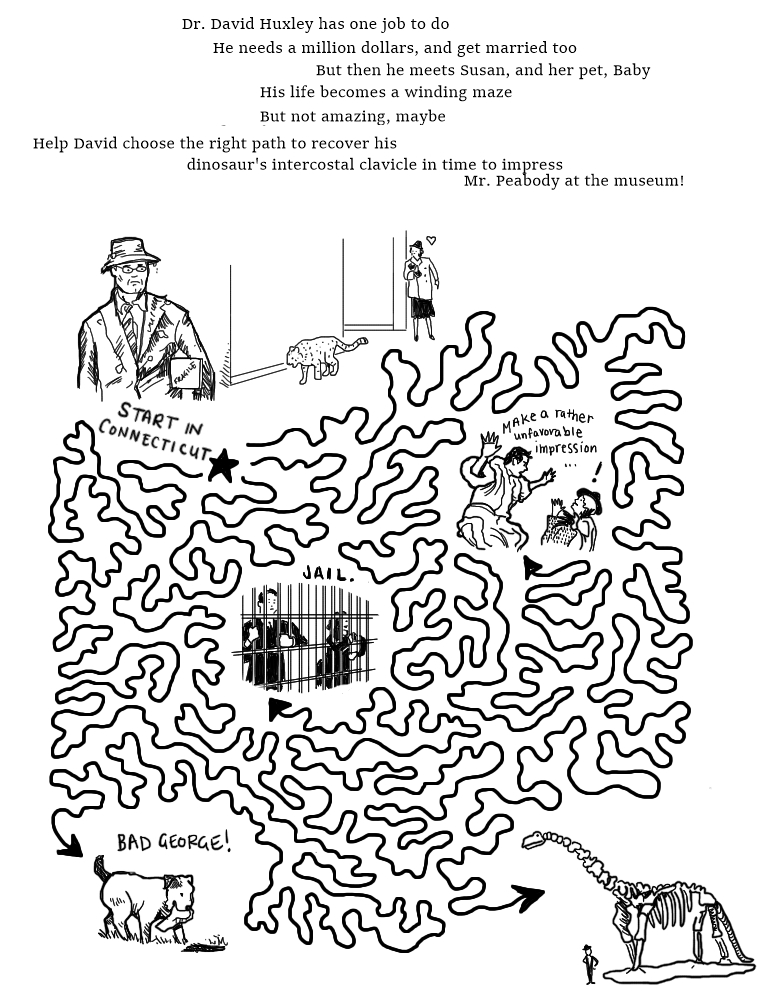 And you might as well listen to this wonderful song while you help save the day in this maze!