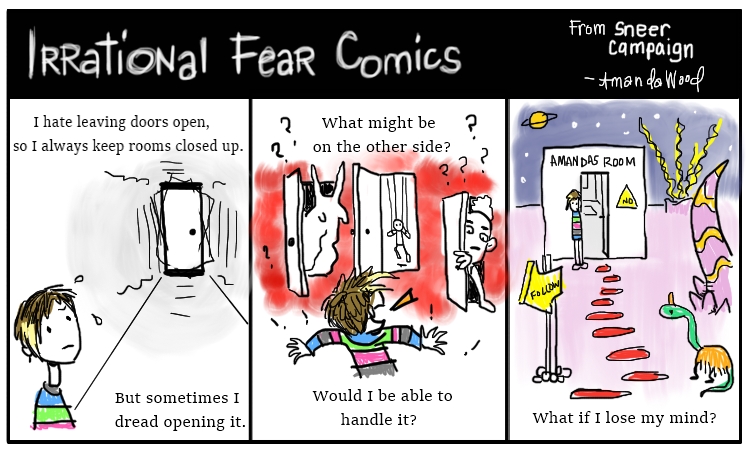 This is one of those installments that sound like I am making it up, but there have certainly been times in my life (one of the times I was probably legitimately being insane and the other times probably can be blamed on not getting enough sleep) where I have feared simply opening a door. Doors to the outside world were basically never to be opened unless I was leaving with someone, but even doors inside my own home would cause me some amount of scare. I started to wonder, a little too vividly, what would happen in this infinite universe if I opened the door and someone was standing there, where someone should not be. Or what if things were rearranged? What if there was an actual monster or a murderer? What would happen in this infinite universe if I suddenly slipped into a reality that seemed totally the same, until I opened the bedroom door and instead of seeing the living room, I was in an alien world? Then I started to worry that I wouldn’t be able to make it in that plot twist. I wouldn’t be able to assess this new situation and be capable and brave. What if I instead just went blitheringly insane?

The joke was on me of course because I pretty clearly had lost my mind already.