Anyone who knows anything about Marilyn Monroe is probably aware that she was insecure, tormented by fame, and battling addictions that were rooted in an unhappy childhood and an unhappy adulthood. A classic tale, was she, of the sorrows and stresses of the Hollywood Machine. If you didn’t know that, now you do. She probably had actual clinical depression, and mental illness is no laughing matter, but as I read through her various quotes the other day, I couldn’t help but notice that she said some pretty sad things! My heart went “boohoo” as I saw her pleas for help which I can only assume went ignored. She had to be the Blonde Bombshell when, had she been a pretty young thing any time after the 1980s, she could have been a goth-punk, a Suicide Girl, or a generic mall goth. Instead of quotes immortalized on imdb, her quotes could have been unseen on deadjournal, or carved into the skin of her own tummy and shown only to her myspace friends. Marilyn Monroe might have suffered so much because she felt out of place in every way, yearning for a subculture that didn’t exist, and then she was taken from the world far too young. 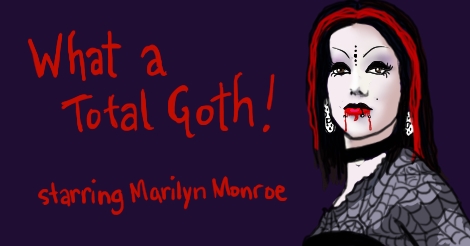 I have done my part to help give her ghost some peace. I carefully selected six quotes and matched them to the style of goth that I felt was most appropriate. From the old school trad goth to the unrecognizable baby bat, the elegant Victorian goth, and the irritating squealing goth that wants to live in a Tim Burton Wonderland, the Marilyn in our new world was able to channel her complicated thoughts into poetry, and she had identical, like-minded friends. She didn’t become a movie star because Fairuza Balk beat her at that race and, having an outlet, she wasn’t as driven as the Marilyn Monroe of the 1940s and 50s. Instead of posing nude for a calendar, the decision that would grow to haunt her would be a brief stint as a camwhore and a few years doing burlesque at a middle-sized city’s alternative dance club. She wouldn’t succumb to an overdose at thirty-six; she would live into her fifties, a faded beauty, and die unexpectedly while choking on a bite of frozen dinner, still wearing heavy eye makeup, and still with severe bangs in her black dyed hairdo.

Personally, I’m glad Ms. Monroe was born too early for this scene. 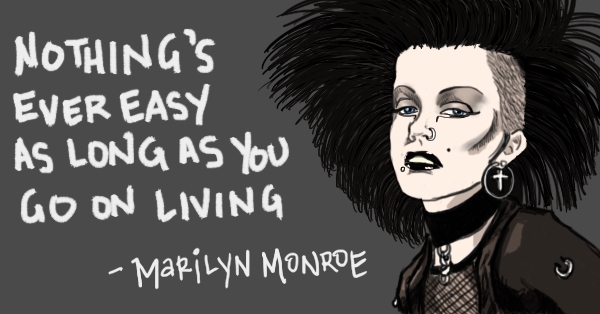 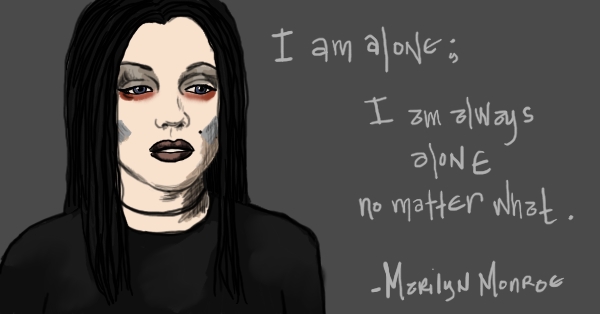 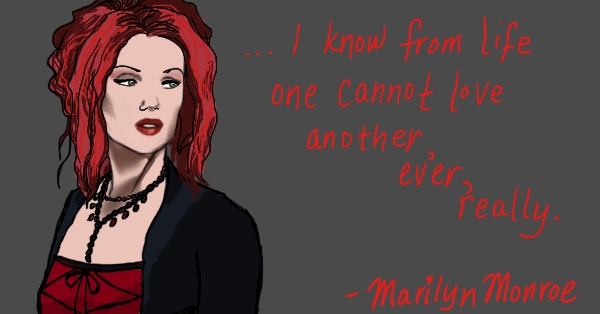 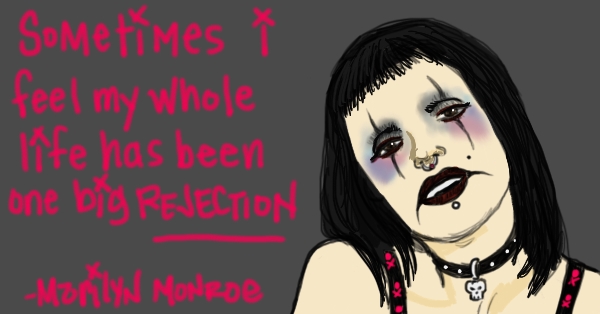 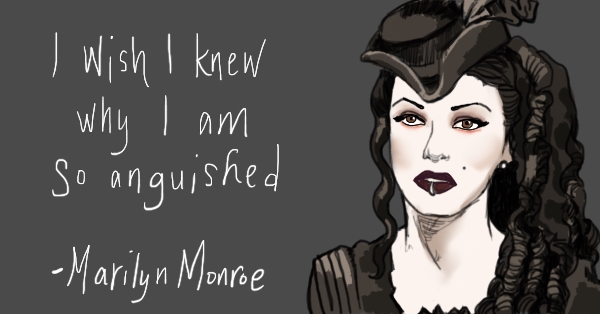 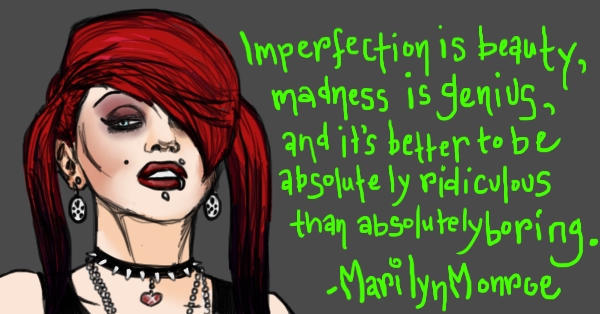