Hello my sneer friends. Recently I went through an eye-opening and scary time, and I wanted to share some of my experience with you. My hope is that anyone who finds themselves in a similar situation will be prepared if this ever happens to them.

I’d been watching the Gordon Ramsey-led reality television show “Hotel Hell.” The sound of an Englishman yelling at people for keeping a refrigerator full of beetles or for making a placenta mural in the foyer really brings me down and gets me to a place where I’m ready to sleep at night. Sometimes in my dreams Gordon is riding a giant horse, and he trots up to the field where I take my picnics, and he showers me with warm beef wellingtons. The crust hits my cheeks with an audible crunch and I beam with pride at my famous man pastry cow circles.

Then it happened. One night, unable to quite make my way through an episode, I paused the show, to continue later. 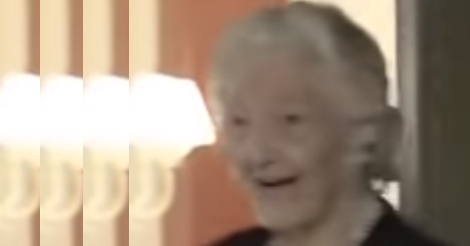 A startling visage now lay before me – I knew it was human but there was something wrong – a feeling deep in my spine, a tingle in my feet and a sense of dread rolled through me all at once. If this frame of the show really belonged here, what could possibly happen next?

The first night back, my hand hovered over the play button, but the fear I felt was too deep, too real. Those sockets haunted me and as I lay in bed that night, I could not help but imagine, over and over, the bleeding, laughing mouth of the hellspawn I saw rendered on the back of my very eyelids. Cackling in delight at my discomfort, my agony. 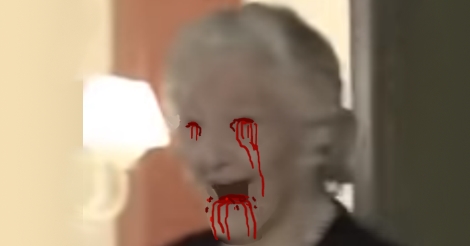 The next day I woke, disturbed but determined. That night, I would press play. I would break this curse. But the gaping maw of this octogenarian rabble seemed to mock me still, whenever I blinked, whenever a dull moment passed — it was inescapable. My night passed without the courage I had hoped to embody making its presence know. As I tossed and turned that night, I saw visions of her face twisting and recombining into countless images of saturated flesh and machinations too cruel and unwieldy to describe. 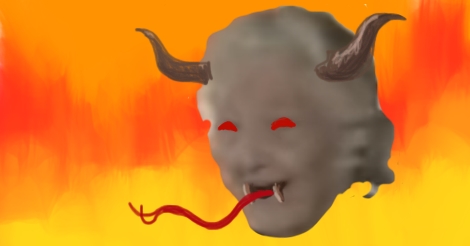 My dilemma started to wear on my very soul, and I committed that this day, I would find a solution to this problem. I spent the evening in meditation, battling the face that has etched itself onto my consciousness. In my mind, wind howled and the bridges of my comfort swayed uncontrollably, as I tried to calm the vengeful beast. 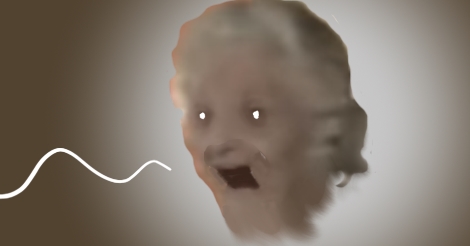 But that night as I slept, the tide began to turn. For every dripping, oily skeleton that screamed he would rip the wanton flesh from my succulent bones, there was a poorly placed banana peel. For every turn I took into the cave where all the walls are her screaming mouth, I found a room made of farting butts. Even the displays of extravagant gore were tempered with a humour that touched my soul. My courage was returning. 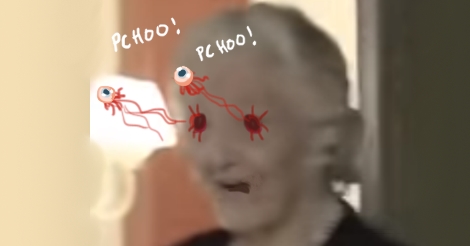 Later that afternoon, as I had my first nap that week, I dreamt of her as a cast member in the hit movie “Finding Nemo”. It was then, that I knew my journey had come to an end. 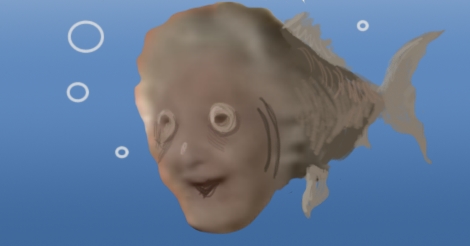 As I sat down that evening, my hand hovered over the play button. But I knew. I was ready. I hit the button, and braced myself for what was to come.