Naming Your Pet: a Serious Business

Any time a new animal friend enters my life, I find myself considering what name would suit it. I don’t mean that I take fifteen minutes before settling on the forever-name. I mean I draw up charts and make lists and say each word hundreds of times. I consult numerology and tea leaves and the phases of the moon. I read baby name books and dictionaries and look at the shapes of clouds hoping that one will inspire me suitably.

Perhaps many of you think I am going overboard when it comes to this sort of thing, but I used to stress over naming my Sims, too, so this is how seriously I take names! A pet will live out its entire lifespan (which it will obviously be spending entirely with you, responsible pet owner), so the name is crucial. You will be saying this word repeatedly, and eventually, engraving it on a little stone monument to mark its place in a pet cemetery. It’s the most important thing to this animal, after food, water, shelter, and pettings. 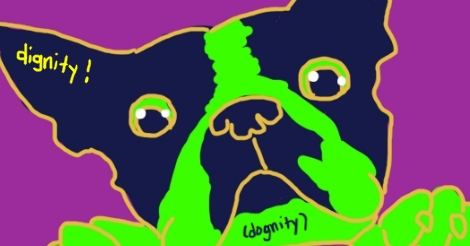 First, Some Do Not Dos

Ol’ Shakespeare said something like “a rose by any other name would smell as sweet,” but I disagree. You need to be careful about a name. If I meet you and you have a dog named “Fartburger” I am probably going to immediately dislike you and all of our future interactions will definitely be an uphill battle. This should matter to you! Also, I am of the opinion that a name shapes a being just as much as your expectations and treatment will. If you call an animal friend something incredibly stupid, how can it grow and flourish and earn the respect and admiration of all around? Don’t be that sort of person.

Fido the Dog, Kitty the Cat, Bandit the Ferret — these names aren’t offensive exactly, but they are so boring. I described the naming of a pet as some sort of stressful pain, but it can be fun, too! And it is satisfying when you hit on a really good one. So why waste the chance to use your imagination to get a really memorable pal? Do you want a house in a subdivision and 2.4 children as well? Snore me a river.

Names That Are Puns

I am a big fan of the pun. Puns are great. But if I hear of another cat named Chairman Meow, I’m going to hit the roof. That’s gotten to the point of being a trite name, but do you really want an anipal in your family to be a living breathing punchline? That is not nice. Are you the sort of person who would name a human child “Polly Esther Sheets” or “Alex Oliver [anything]”? Stop it.

As mentioned in the little intro up there, insulting names are just the worst. If you want to name an animal something unpleasant, why do you even want the animal? What kind of life are you going to give it if that’s how you start? Will you really love a pet named something mean? WILL you? I think from here on out, if I meet a person with a pet with a stupid name, I’m going to give that person an even worse nickname and use it to begin and end every sentence. Then we will fistfight. 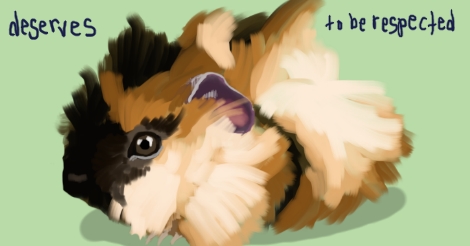 Now for the DO Dos

You don’t have to get all crazy like I do with the charts and the esoteric distractions (but it always helps!). You can just let yourself freely associate, get some stream of consciousness going, and don’t be afraid to keep some ongoing lists. Once you get started, you’ll find that there is almost an unlimited amount of good names out there. I’ll even give you some for free!

Almost any animal could become food some day, and that’s okay! Times are hard occasionally, don’t feel bad. There are so many foods out there that could work. My cat, Zesta, is named after a brand of saltines, but I have also had rats named Colby, Reuben, and Hotdog. Mmmm. I have an idea that all future ferrets will be named after tube shaped foods: Macaroni, Ziti, Noodle, Hoagie, Banana, Fajita, Taquito, Twinkie, Eclair… Mmmm! I’ll just always be hungry and gain a hundred pounds but none of those pounds will come from eating ferrets, I promise!

Professor Huxley O’Shea, Buckley, Offenbach, Hamilton, the Captain — these are all pets I have had, and I do not regret it. They all turned out to be stately, admirable cats, rats, baby bunnies, and ferrets. My future hens will include an Anastasia, Gloriana, and of course Esmerelda Pinfeathers. They will be elegant ladies providing us with elegant eggs. There will NOT be any Henriettas. I usually like to have a full name, complete with an honorific, when I’m doling out the fancy names.

Names of flowers, names of clothes, or song titles, or really pretty much anything goes here! You wouldn’t think “Haircut” would be a good name until you meet the cat and see that it’s all just syllables. She’s perfectly fine. Sweetpea Johnson, the ferret, was once a Bandit until she was rehomed and renamed and became a formidable female athlete with a cute little flower name. I very nearly named a rat “Kuru” once, which is the name of a terrible disease, and I might still! I find it pleasing to the ear. Say it. “Kuru…” Wonderful.

Eric, Jessica, Heather, John, Amy — for some reason I always laugh when I hear that a pet has just an ordinary name. They seem like real people! I laugh — for a moment! Then I accept them as they are: just some guys and gals living their lives as best they can. They don’t expect much, and their needs are simple. You can respect them, and they will respect you in return.

And respect between friends is what pet ownership really should be all about! 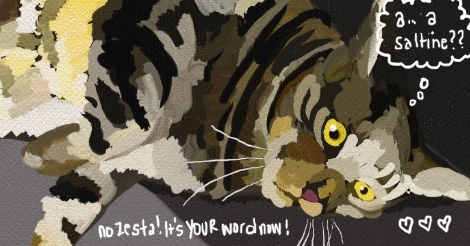