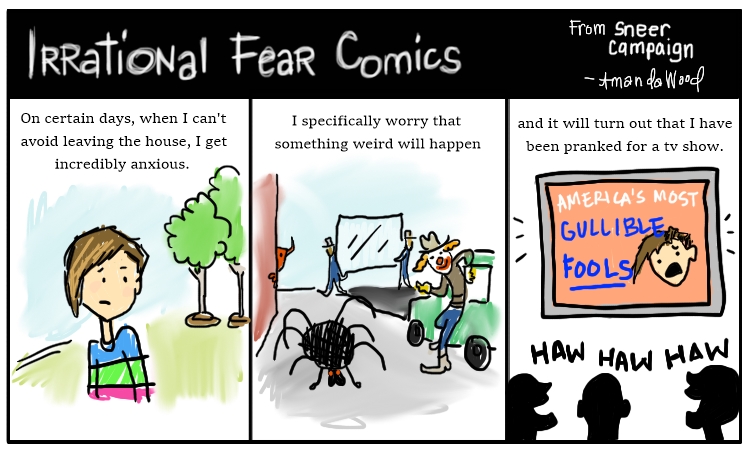 I’m not sure if I actually have “social anxiety,” or if I just have anxious times while out and about, or if maybe I had it once, and am doing better now. But very definitely for a while this was a very serious concern of mine. Ever since I was a child and saw TV’s Bloopers and Practical Jokes, starring that dream team of Dick Clark and Ed McMahon, I became horrified by the idea that people would film pranks and then air them on television for the viewing public to see. Later, there have been plenty of other such shows, some meaner than others, and of course now there is YouTube and I’m even going to include improv groups who like to make “magic” in the form of awkward public scenes. Shudder.

I’m aware that I think legally, for the most part, they have people sign release forms to be displayed on television. But I am not sure what YouTube does to protect the average kid from being the target of such. Probably nothing. Look! I’m talking myself right back into having this as a strong irrational fear again! I know that this is statistically remote, but oh god, the horror. It is enough to make me never want to leave the house again. I can trust no one.