News from Australia: It’s So Damn Hot, Like Really Hot

It’s so damn hot, you guys. It’s like, really hot. I’m not saying that it’s never been hot before, and I’m not even saying it’s never been THIS hot before, but what I certainly am saying is that right now: it is really hot. Did somebody accidentally bump the sun a little closer to us on the last trip round? I’m looking at you Jupiter, you stupid piece of goddamn shit. 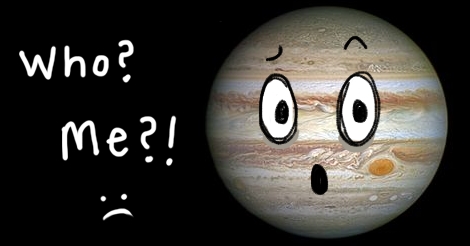 I’m.. I’m sorry, Jupiter, and fans of Jupiter. I didn’t mean to have an outburst. It’s just, you guys… it’s really hot right now. It’s like I’m playing the maracas underwater and every time I shake my maracas, the water gets hotter. And everybody wants to do the samba, and also everyone else has maracas too, and also everyone has a serious tremor in both hands AND ALSO the song we are all playing is “Johnny Fast-Hands Plays The Maracas Faster Than Usual.” Additionally, instead of a pool it’s a furnace fill with water, and instead of that water, there’s fire, and no maracas, and Johnny Fast-Hands’ fast hands are fused together, pock-marked by the embers and pitch black like your grandparents’ souls.

I should mention, if I haven’t already, that I live in Australia. Wait, I’ll just say so in the title and not change a thing in the text here. Australia is a place that is known for its high temperatures. As someone who has lived in Australia their whole life, I have become used to the types of temperatures and weather conditions that are typically thrown at someone who lives in Australia. Given all of this information you might think that I have decided to go back on my earlier statements about it being really hot. Don’t think I haven’t thought about it! But in the end, I decided: no. I have to commit to these words for one very simple reason: it is really hot.

Like, so hot that if I were in a volcano right now, I would probably think, “this is a lot warmer than I was before, but I definitely thought the difference would be bigger, and I bet that pretty much boils down to it being really really hot outside!” Then I would try and laugh at how I said “pretty much boils down” and then I would be dead, because of all the lava that is inside of volcanoes – it’s pretty much what makes them hot. Without lava, a volcano is just a husk of a mountain yearning to be filled. But that’s really part of a completely different article. Just for this article I would like concentrate on how hot it is in the normal, non-volcano world and let me tell you my good and sweaty friend, exactly how hot it is: pretty much very damn hot.

Now I must go and lay my head down and rest, because this heat is dragging me down into a nap I cannot refuse, like in the Godfather, in that part where they all take a nap because it is really hot outside. I don’t know how they Francis Ford Cope-ella with the heat! I’m sorry, everyone, that is a really bad joke. But my mind is scrambled and I can no longer keep things straight – I never even got a chance to mention how hot it is! Which is really, really hot by the way, oh boy. Warm to the touch indeed. 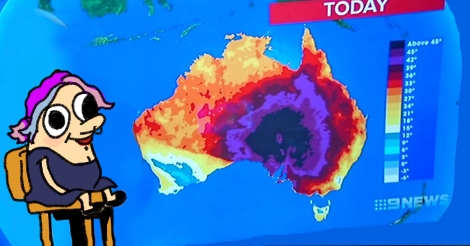