We’re living at a great tipping point in the labor market. As workers demand more and more rights, and customers expect increasingly good service, many business owners are caught between a rock and a hard place. “Innovation is our only solution,” says Japanese executive Ishiara See-Iyo.

Jobs flowed out of the United States due to costs, and many companies are demanding better conditions for workers in China. Automation and the use of robots alongside other emerging technologies provides some new options, but often requires enormous overhauls and retrofitting. Mr. See-Iyo saw that deploying new resources into his business’s existing space was key. “Your shop can’t be ugly to accommodate your robot. Even if there isn’t a smiling person to greet them at the door, people expect a level of warmth that technology simply can’t provide.”

“Mankind lived hunting and gathering. Then we lived as farmers. Now we do an immeasurable number of things. Cats were undomesticated. Now they’re domesticated. They’re smarter than ever. Of course it makes sense that they too have an opportunity to enter the labor market.” Titans of industry are incredulous of See-Iyo’s plans and methods, but they’re dying to know his secrets.

According to industry insiders, private investors have been offering millions to See-Iyo. “Industry insiders are betting their Benjamins that this man has the proper training programs for a cat to pack your next Amazon order, to serve your burger at McDonald’s, be your next Uber driver, or even serve drinks on your next flight.” 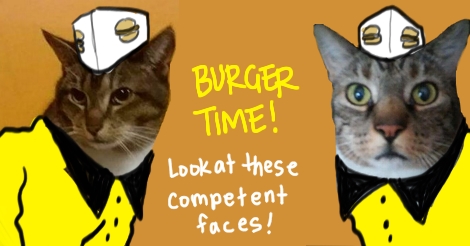 Some business owners call into question that cats should be deployed onto a different set of jobs than people are trying to fit them into. Silicon Valley radical Helon Mask had the following to say, “You hear talk about the success of Tiger-Moms, what if Tiger-Babysitters were an option? They’re one book tour away from a huge premium price. Furthermore, human men and women spend dozens of hours developing products to contribute to the well-being of cats. Why aren’t every-day average working class cats involved in this process? They’re being treated like they don’t understand their own preferences and lifestyle. It’s purely ridiculous. It’s bizarre to see people talking about Ishiara’s vision. He’s suggested we raise the bar by 30 feet and only push ourselves up an extra inch.”

As always, there are complete nay-sayers. Ira Plexiglass unloaded on the concept during a recent radio interview, saying, “I won’t believe it once I’ve seen it. There are simply too many unintended consequences. When your business pivots, can you retrain a cat so quickly as a person? Can your cat keep up the proper social norms to generate return business? Can your cat anticipate the needs of customers that would be obvious to a human? I doubt it, and you’d be wise to do the same.”

We presented Ishiara See-Iyo with the full interview that Ira Plexiglass gave. Did his confidence waver? Was he shaken by someone lacking faith in his initiative? Absolutely not. “The hidden treasure of cats should be obvious, no one expects them to do a perfect job! You expect your computer to start up instantly and you expect your coworker to get it right on the first try. Your cat basically gets it right on the 3rd try and you should be overjoyed! With the proper training program, you’ll be relatively blown away.”

We had one final question for See-Iyo, the elephant-cat in the room if you would. What becomes of all the displaced laborers and unplugged robots? “Man must adjust. It’s more than simply finding new work to do, but new attitudes about the nature of work and society. My goal is for cats to do more. I believe in man to do the same.” 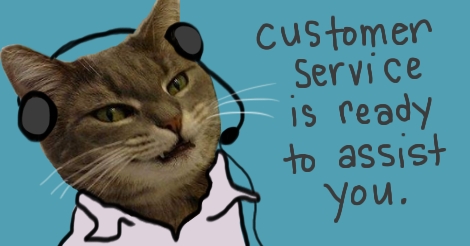