One Day at a Time Is Me

We love this show, we do. We all know that life is television, but let’s flip it. Life may be like a TV show, like our frequently-used tag likes to say, but sometimes tv is like a life. MY life. Welcome to my predictably TV-related series, readers. 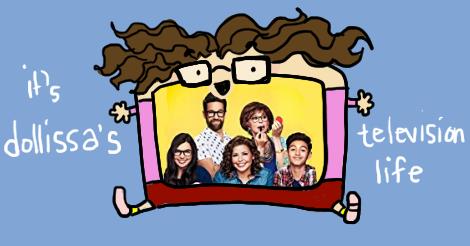 The second season of One Day at a Time is up on Netflix, and just like last season, Gloria Calderon Kellet and Mike Royce have done a really excellent job. The Alvarez (Riera?) family shows up to their son’s baseball game with containers full of food, a giant Cuban flag to wave, and SO much energy. At the same time, Elena has a conversation with Schneider about how she doesn’t know much Spanish. Right off the bat in season 2, I was completely sucked into what was essentially my real life.

So, like Elena, I don’t know much Spanish, and what I do know I learned from school when I was about her age in the show, for the most part. Like Elena, I’m proud of my heritage, but don’t feel as much of a connection as say, my family who is fluent or visits Puerto Rico annually. Or as much connection as the people in my family who have darker skin, something else Elena feels conflicted about. Sure, I am paper white, but I can move my hips like a boricua.

I first started to learn Spanish at home with my dad, while he also learned. My mom would make us activity books that my sister and I would complete while my dad was our teacher. It was super fun! Then I learned a bit in elementary school and throughout my life, but it wasn’t much. When we moved from Florida to New Jersey there were fewer language classes, so I at least had a few years off from any Spanish learning. Plus, I had to switch to Hebrew for my Bat Mitzvah anyway.

Also like Elena my mom is a nurse! I grew up with her working a whole lot, although both of my parents were around. She’s the hardest working person I’ve ever known. She also has the fiery spirit of both Penelope and Lydia, rolled into one Jewish-Puerto Rican woman (it’s a deadly combination). Unlike Elena, however, I never turned to my mother or grandmother and said, “okay, teach me Spanish.” Maybe it’s time?

While I may not be a lesbian (although every single person in my family asked while I was in high school) and I may no longer be an angsty teenager shoving anti-vivisection pamphlets into the science teachers’ mailboxes at school, Elena is me. 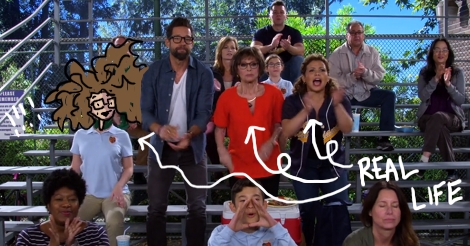 Until Alex says this, then I’m Alex:

“We get some money, we spend some money. I mean what are we doing here?”

From guns to using correct pronouns and dating at all ages, the show tells us a compelling story, balancing moral decisions and political arguments with an empathetic loving family. I’m sure my mom will enjoy this season as much as I did, and as much as we both loved season 1. She can dance around making her morning cafecito, just like Lydia, and bask in this adorably representative tv show.